Somewhere in the spacetime continuum between Alias, Groundhog Day and Orphan Black is sci-fi melodrama The Age of Adaline, a profoundly silly but very handsome throwback romantic fantasy. It's a plush, velvety looking movie, and Academy Award-winning costume designer Angus Strathie provides for each of the film's eras with a profusion of Victory rolls and finger waves, cloche hats, psychedelic headbands and plenty of mid-century New Look outfits, an efficient sort of tickle-trunk of Halloween costume-shorthand (further lensed with an array of what feel like different Instagram filters).

It's present-day-ish, and a stilted voiceover (by a guy who narrates like he's delivering a planetarium show for fourth graders) explains how for the statuesque blonde Adaline (Blake Lively), age ain't nothing but a number. Adaline has spent the past 80 years looking 29. If anyone could call the fulfilment of a jokey "29-forever" Hallmark birthday card a downside (there's a parable with how Hollywood treats its actresses in there somewhere), there are no other drawbacks except of course the inability to grow old with anyone she loves.

Adaline speaks in proper formal diction and seems committed to wearing beige pantyhose and a tiny wristwatch across whatever era she's in. That (and her tendency toward Bing Crosby pop-culture references) mean the guarded, forever-young woman never quite fits in. So she keeps to herself working at a local library doing things like digitizing early newsreels, which is how we learn she was the 1908 New Year's Baby. Cue the flashbacks to how she stopped aging.

On a dark and stormy night driving home during a freak snowstorm in Sonoma County (locations in Vancouver and environs stand in for California), and faster than you can say Somewhere in Time, the combination of the moon waxing gibbous, wonky weather, electricity and cinematographer David Lanzenberg's beautiful homage to the watery-grave sinking-car scene from Night of the Hunter sets off a chain reaction in Adaline's base cells.

There is no portrait in any attic, but Adaline's only daughter Flemming (a spry Ellen Burstyn) does age, and her mother's preternatural youth eventually arouses the suspicion of Eisenhower-era government spooks. So Mom develops a strategy: Every decade she moves, changes her name and scenario, though always after a time returns to her hometown of San Francisco to be near Flemming. It's a hokey premise with contrived symmetries and mixed messages about growing old – but the paradoxical scenes of their visually incongruous mother-daughter dynamic are bizarrely on point – Lively and Burstyn could probably carry off Freaky Friday.

With her noticeably prim, old-fashioned manners and old-fashioned luggage, Lively seems to be aiming for mid-century Grace Kelly poise – though like Kelly, Lively is at her best when she's delivering withering remarks with Serena van der Woodsen's signature snark ("I love jazz; this is something else"). Sadly these are too few. Although director Lee Toland Krieger helmed the witty romcom Celeste & Jesse Forever, almost a century goes by without any sense of humour. Otherwise, Lively's performance is most definitely not lively – it's a series of self-conscious poses, looking wistfully out car windows or into the middle distance, all of the staring tinged with what's either melancholy or lack of affect. It's skin-deep glamour and mystery – radiant to look at, but that's it. Lively glides across the screen from scene to scene – like the ballroom of a grand old hotel with a suitor in hot pursuit – with all the emotional weight of a model in a perfume commercial.

Smitten with those glam good looks, the suitor is hunky Bay-area app millionaire Ellis (Michiel Huisman, Game of Thrones), who enters the picture with a meet-cute that wouldn't be cute if he weren't: The man announces he will pull his donations to her institution if she doesn't give him her number and go out with him (if he weren't good-looking and rich this would be a case for HR). Eventually, they bond over baseball lore and a mutual appreciation of civic history and she goes on her first date in over 60 years, where she spouts more facts than an almanac and wins the family game of Trivial Pursuit.

Anthony Ingruber, a Canadian actor noted for impressions, delivers a fantastic, cocky young Harrison Ford – the crooked grin and goofy swagger, but Ford himself emerges only toward the end in a twist, with scant screen time and too late even for his best small role in years (as a bewildered, broken-hearted baby boomer who crosses paths with Adaline) to make much of a dent. In a wink to Canada, the most urgent emotion is a throwaway bit in the movie when they bicker on whether to call the board game's plastic scoring piece a wedge, cheese or pie, an indelible argument for the ages.

Nathalie Atkinson: With so much pressure to look younger, why is the topic still taboo?
April 22, 2015 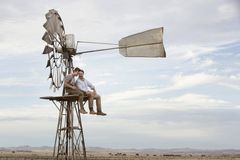 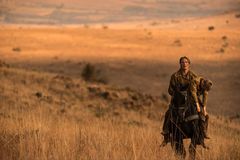 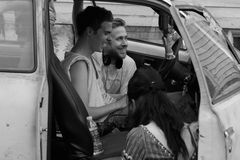