In the midst of an airy Chinese landscape, a white-robed nun gives deathly instructions to her lovely acolyte: The young woman is to kill a passing horseman who she says has murdered his own brother. The warrior, her black garment and black hair flowing silently about her, moves through a forest of rich vegetation and light birdsong and then springs into action, bringing down her quarry with one fatal stroke of her sword.

The Assassin, the long-awaited new film from the Taiwanese director Hou Hsiao-hsien that won him the director's prize at Cannes this year, begins with puzzling intrigue and much beauty, and continues in that vein: Every scene is perfectly framed, every symbol lovingly shot, but the story and the characters remain opaque. For her next assignment, Yinniang (the Taiwanese star Shu Qi) is sent to murder another powerful man, but balks when she finds him with his young children. Her mistress, a nun whose apparent campaign against the Tang dynasty's corrupt officialdom is never explained, now doubts the warrior's heart and so sends her off on an impossible test. Yinniang is to return home to the court of Weibo, the fortified Chinese province whose loyalty to the emperor is always in question. There, she is to kill her cousin, the governor Tian (Chang Chen of Crouching Tiger, Hidden Dragon), a man to whom she was once betrothed.

Both this betrothal and Yinniang's exile since childhood are explained in long bits of expository dialogue that do little to clarify a complicated backstory. Her family tree is all but impossible to follow – especially since its heavily coiffed, porcelain-skinned female members are often indistinguishable from each other. Instead, we watch as Yinniang floats in and out of curtained quarters, eavesdropping on court intrigue. The poetic evocation of her isolation and of the courtiers' fear is stunningly executed by Hou as he depicts the warrior hovering behind yards of billowing gauze or, in a flowering garden, disappearing from sight all together, her presence only suggested by another's frightened gaze.

But how does she actually feel about her assignment? What was the nature of her relationship with Tian or with the nun? What does it mean to be an apparently unaffiliated woman in a world divided into mandarins and warriors on one side, and wives and concubines on the other? Hou takes a stylized approach that leaves fascinating questions about motivation and social setting completely untouched.

In part, of course, this is the nature of the genre: The Assassin is a wuxia film, belonging to that category of period martial-arts fiction that sometimes includes female warriors but never examines their improbable existence in patriarchal times. (In this instance, it's the ninth century.) Similarly, the warrior's code dictates unquestioning obedience to the teacher: Traditionally neither the nun's motivations nor Yinniang's response would be at issue.

And yet, Hou's sensitive direction and his cast's subtle performances do raise these issues: With its pensive atmosphere, its avoidance of melodrama and its judicious use of a few impressive fight scenes, The Assassin is hardly a typical martial-arts movie.

Another code that may be getting in the way here is that of the Chinese censor: The film is a Taiwan-China co-production and perhaps that is why it is so oddly non-sexual. A subplot revolves around a rivalry between Lord Tian's wife and his pregnant concubine – a woman who, in their one scene together, puts her head on her lover's shoulder. Meanwhile, the obvious possibility of an attraction between Yinniang and Tian is raised by the empathic symbol of the twin pieces of jade that represented their childhood betrothal but was never pursued.

The Assassin is like some stereotypical beauty – gorgeous, but frustratingly incapable of prolonged conversation.

Dragon Blade may be slumming, but the future of movies belong to China
May 15, 2018 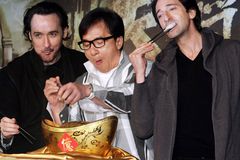 Film Review
The Keeping Room: Feministic plot as women defend themselves during war
May 15, 2018 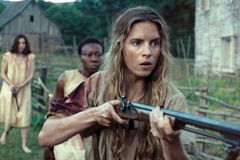