How do you make a movie about shallow people in a shallow culture and not end up with a shallow movie? For writer-director Sofia Coppola, the answer is to dramatize a story "based on actual events," then to step back and present it as a case study in pure anthropology. Here's the superficial society, at least the young and privileged segment that lives in Los Angeles. See how they look. Hear how they talk. Watch how they behave, and how they think or, mainly, don't think. Now draw your own conclusions and, in so doing, add depth. In other words, the viewer is obliged to rescue The Bling Ring from the shallowness it so effectively depicts, but that just skirts one question to pose another: Do we care enough to bother?

As for those actual events, they were documented in a Vanity Fair piece about a relatively affluent gang of California teens who broke into the homes of the richer and more famous – Paris Hilton, Orlando Bloom and Rachel Bilson among them – to swipe more than $3-million worth of luxury swag. Not that the villains saw it as theft – more like an outing to a mall so overstuffed with bling that a little culling would never be noticed. And, in many cases, the victims didn't notice. So this is consumerism run riot without a moral compass, not the redistribution of wealth, but its pure celebration. And, in the eyes of America's kids, the celebration of bling, and the celebrity that attends it, is assuredly no crime.

Shooting in short takes, Coppola quickly introduces the mainly girl gang. Yet don't expect anything like the psychotropic mania of Spring Breakers. Instead, the bling-ring leader, the cool-eyed Rebecca (Katie Chang), is a laid-back larcenist and a savvy mentor to the token guy – Mark (Israel Broussard), a bit skittish, perhaps gay, definitely a fashionista. The remaining girls are Chloe, Sam and the wholly air-headed Nicki (a transformed Emma Watson), the latter two home-schooled by their equally ditzy mom (Leslie Mann), who begins each class getting straight down to business: "Girls, time for your Adderall."

In your typical heist flick, there's fun in admiring the robbers' cunning, but this is a cunning-free zone. A simple Google check reveals the celebs' addresses, even when they'll be out of town, and Hollywood mansions seem surprisingly lax on security. At the Hilton residence, Paris is generous enough to leave the key under the doormat. Inside (yes, gawkers, it's really her house), the gang oohs at the racks full of designer duds, aahs at the walk-in closet lined with Louboutins, and trades insights on the order of, "It's so cute," "Oh my God, I love it," and "Your butt looks awesome in that."

Post-heist, they put on Paris's clothes to do what Paris does – go to the same clubs, dance to the same music, engage in the same self-medicating and obsessive self-photographing. More bling raids are followed by more clubbing, a montage that Coppola (who's spent a career probing the psyches of the idle rich) seems to love as much as the characters. Like them, she's guilty of repetition here. But not of excess. In fact, members of the actual gang, the Neiers sisters, also had their own reality-TV show, a detail that Coppola wisely leaves out – some truths are just too strange to qualify as fiction.

A security camera eventually does the felons in. However, for them, arrest is not just inevitable, but necessary, providing the essential accessory to their now-found wealth – new-found fame. Nicki is especially keen to bask in it and, to the Vanity Fair scribe, has every good reason to boast: In jail, she was a cell neighbour to Lindsay Lohan.

Ultimately, what you make of The Bling Ring may hinge on what you make of its only held shot: During one of the break-ins, the camera looks on statically from a nearby hill in the dark of night, framing the lit-up mansion with its glass walls and observing the thieves flitting from room to room, moving with the mindless determinism of conditioned animals in an opulent lab. The shot is certainly gorgeous, but only raises another question: Is it a rich symbol, too, or just so much cinematic bling? 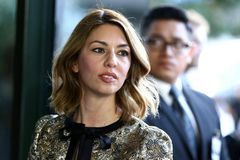 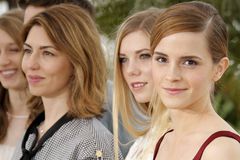 Why Emma Watson is Hollywood’s ‘most dangerous’ star
September 11, 2012 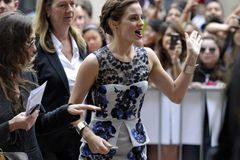