There's a revealing scene in The Danish Girl, the fictionalized account of the first person to undergo sex reassignment surgery, in which the artist Lili Elbe, still dressed as a man, goes to a Paris brothel to watch a peep show, discreetly mimicking the sinuous self-caressing of the naked woman on the other side of the glass.

It does not seem to have occurred to either the confused character or this romanticized movie that a prostitute is not actually a good model for believable female gesture; after all, her persona is a product of male fantasy. No doubt there will be Oscar buzz as Eddie Redmayne, who won the best acting prize in February for playing Stephen Hawking in The Theory of Everything, transforms himself yet again, this time into a woman. But to what extent can the actor, challenged to represent a transgender woman of the 1920s, rise above the frilly accessories of gender stereotype to deliver a truthful performance? The answer is not entirely: The woman he produces is not camp but she is cloying. Einar Wegener is a successful Copenhagen landscape artist happily married to the less successful portraitist Gerda. When she asks him to don silk stockings and pumps to fill in for an absent model, something is awakened in him. Or, more properly, someone: Her name is Lili and she rapidly becomes both the inspirational model who will transform Gerda's career and a tall, shy beauty ready to make her appearance at an artists' ball.

The Danish Girl is based on the 2000 novel of the same title by David Ebershoff, which in turn was inspired by Man into Woman, a fictionalized biography of Lili based on her own memoirs and published posthumously in 1933. Ebershoff's novel also fictionalized Lili's story, and yet more heavily, but this rather unpalatable creation myth depicted in the film dates to the original book. Just so contemporary viewers don't get the idea that a transgender identity is somehow produced by cross-dressing, the film gives Lili one previous adolescent brush with her true identity, which she assures Gerda was always waiting in the wings.

A much less felicitous change is the decision to insist on Gerda's heterosexuality – accounts of the true Gerda suggest she was probably a lesbian, which might explain her lifelong interest in Lili even after their marriage was dissolved. Instead, for the movie, scriptwriter Lucinda Coxon gives us the loyal, trooper wife – Ebershoff intended the novel as a love story – sticking by her man, that is her woman, right to the bitter end.

The Swedish actress Alicia Vikander is wonderfully bright and energetic in the role but it's a thankless one. Matthias Schoenaerts is similarly underused as Einar's childhood friend Hans – apart from the lovely moment he creates when he first meets Lili and recognizes exactly who he is seeing without saying a word. The film, directed by Tom Hooper (The King's Speech), needs more scenes with that kind of tension.

Meanwhile, Redmayne is completely plausible as Lili, but the schtick with the downcast gaze, shy grin and sinuous hands becomes annoying after a while. Sure, women were more ladylike in their gestures and behaviour in the 1920s, but Gerda has none of these fluttery postures.

The performance poses a critical conundrum: Is this really how Hooper and Redmayne think women act? Or at least how women long ago acted? Or is it how they think a transgender woman acts because she can only imitate female gestures with her male body? Whatever the answer, it makes Redmayne's delicate Lili less attractive than his soft, pained Einar; she's more pathetic and less sympathetic than she needs to be if this film is going to fly. (It's a performance that gives me some sympathy for LGBTQ complaints about the casting, arguing an actual transgender woman should play the role; certainly I could imagine a less self-conscious, more invisible performance.)

So, instead of flying, The Danish Girl just chugs along, a sweet and inoffensive drama located in a pretty art deco past that makes the experience of transgender people the transgenderedpalatable to a mainstream audience. Many would argue that is exactly what is needed, a wholly sympathetic, non-controversial look at the painful experience of being born in the wrong body; you know you are mainstream when they can turn you into a costume drama. 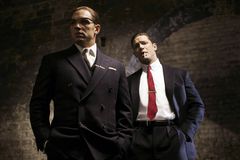 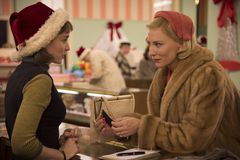