A few weeks ago, Curtis Sittenfeld started an interesting debate. The American author behind, among others, the 2005 hit coming-of-age novel Prep asked, by way of Twitter, "Is it possible to write a novel set in the present day that doesn't include characters texting?" and later, "If no characters in a present-day novel check Facebook, is it an unrealistic omission?"

Fair questions. In the age of Snapchat and Instagram, social media has become a sort of ever-present third party in nearly every story, lurking in the background, hands feverishly swiping across screens, eyes darting around, squirrel-like.

Nowhere is this new-world obsession more apparent than in the specific, fraught world of teens. Enter The DUFF (we'll get to the acronym in a minute). The new film based on the 2010 YA book by Kody Keplinger accomplishes something beyond having charm and wit – it's the first great teen comedy since Mean Girls.

You may recall that the big betrayals in Mark Waters and Tina Fey's 2004 effervescent high-school takedown happen over the phone (three-way-call ambush via land line!) and on paper (a folksy scrapbook called The Burn Book, with insults and rumours written out in Sharpie and coloured gel pens). I'll be the first to say that Mean Girls is all things great: funny, savage, real. However, in 2015 it would be a very different movie.

The DUFF opens with a slow-motion, walking-down-the-hall scene straight out of Mean Girls. Through a voice-over from our heroine, Bianca (Mae Whitman) we're introduced to B herself, as well as her two best friends, Casey (Bianca Santos) and Jess (Skyler Samuels). Casey and Jess are, to put it plainly, super hot. Early scenes show a host of randy boys drooling all over them at their lockers, while Bianca stands by patiently. While self-aware and confident enough to be willing to be the "alternative friend" (shapeless denim overalls, moody band T-shirts, defiantly ugly Crocs), Bianca doesn't realize that people also consider her something else: she's the DUFF. An acronym for Designated Ugly Fat Friend, the DUFF's unspoken role in the friendship is to make her hotter pals look even better. Bianca finds this out from her neighbour and some-time frenemy Wesley (a great Robbie Amell, who turns a toothy jock stereotype into a worthy foil with heart), and high-school drama ensues.

Much of the story plays out over social media, including Snapchat and YouTube, while texting also acts as a plot device. All of this is on just the right side of clever. This is no small feat: Using social media on screen in a smart way is hard, and many who came before The DUFF's first-time director Ari Sandel have tried and failed – some spectacularly. (Jason Reitman's 2014 drama Men, Women & Children, which collapsed under the weight of its own cringeworthy self-importance, comes to mind.)

The performances, including those by secondary characters, are all terrific. In one great scene, Bianca tries to get advice from her mother (a typically pitch-perfect Allison Janney), whose divorce – and an episode of The Simpsons – inspired her to become a self-help guru who spouts platitudes and acronyms instead of really listening to her kid.

Josh Cagan's script, with its tight pace and pleasing self-awareness, recalls another classic teen comedy: 10 Things I Hate About You. (Fun fact: The 1999 modern take on The Taming of the Shrew also featured Janney, this time in a scene-stealing role as an amorous guidance counsellor).

But the film belongs to Whitman, who, fresh off a five-year stint on the now-defunct TV series Parenthood, infuses her first big-screen leading role with a unique charm. If Whitman looks familiar, but you can't quite place her, that's about right. Perhaps her biggest claim to fame on the small screen before Parenthood was playing Michael Cera's silent, odd girlfriend Ann on Arrested Development. The show's running gag about Ann was that Cera's father (played by Jason Bateman) at alternate times either hated her, didn't remember her or called her "Egg."

Early reviews for The DUFF have been lukewarm at best, but I think that's largely due to an inherent problem with the genre. I've noticed critics seem to expect too much, or nearly nothing, from films geared at teens. I'm about two decades past teenagehood, but the sly script and fresh performances make this a movie I've been recommending to all my friends (not a DUFF in the bunch). 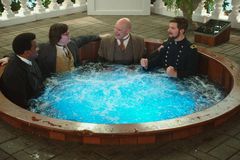 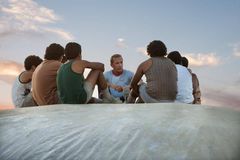 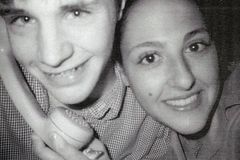 Film Review
Siddharth: A window into the lives of India’s working poor
February 20, 2015 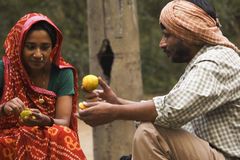 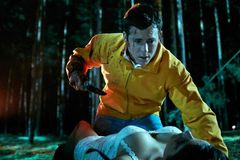 Film Review
The Wrecking Crew: They wrote the soundtrack to an era
February 20, 2015 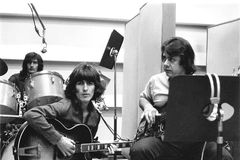