In The Finest Hours, a new Disney movie about one of the U.S. Coast Guard's most heroic rescues, the desperate crew of a sinking oil tanker jerry-rig a rudder from a massive steel beam in an attempt to steer the back half of the severed ship to safety. Through a combination of improvisation and good luck, they manage to run their section of the ship aground on a shoal where they are found, almost by chance, by the impossibly small Coast Guard vessel sent to rescue them.

There is, on the other hand, nothing jerry-rigged, improvised or left to chance in this movie. Based on the true story of the sinking of the SS Pendleton off Cape Cod in 1952, it's a successful action picture, a well-oiled machine, but one whose oversized dramatic armature is always on full display – in glorious 3-D.

Director Craig Gillespie, working from a script adapted from a non-fiction book of the same title, begins by recounting the rather pedestrian love story of the junior Coast Guard officer Bernie Webber (Chris Pine), who has fallen for the telephone operator Miriam (Holliday Grainger). She may be afraid of water but she's not afraid of men, and her role as the little woman at home is somewhat enlivened by her assertiveness with both Bernie and his unsatisfactory commanding officer.

On a February night, just one day after Bernie and Miriam have become engaged, the Pendleton runs into trouble in a gale. Despite warnings from his engineer Mr. Sybert (Casey Affleck) that a weld in the hull will not hold unless the ship is slowed, the Pendleton's unseen captain commands his vessel onwards. The seam cracks, the giant ship splits and the bow simply disappears, leaving 33 crew members stranded in the stern with only Sybert's ingenuity to save them from sinking.

The Coast Guard, meanwhile, is busy rescuing another tanker that has also split in two, so Webber sets out in a small boat with three other volunteers to do the impossible.

So, we have three clear plots here – the disaster, the rescuers and the home front – each one driven by a strongly defined character, and on we go, riding one mighty roller after another.

In many ways, it is a strategy that works well; The Finest Hours is free of the numbing effect from which so many action movies suffer, partly because Gillespie gives his audience carefully timed breaks back on shore and partly because the script writers (Scott Silver, Paul Tamasy and Eric Johnson) have penned a series of more or less compelling tensions between the various characters on the Pendleton and in the Coast Guard station.

Both Pine, known to audiences for playing the new Captain Kirk in the Star Trek reboots, and the excellent Affleck effectively create two soft-spoken heroes.

Webber is an understated, decent sort who follows the rules no matter what, and Pine makes those choices sympathetic rather than priggish while grasping the firmness beneath the seaman's quiet.

Sybert is more taciturn, still and darker, a preternaturally calm rationalist more comfortable with machines than people, and Affleck's brooding version of the engineer is one of the most interesting things in the film.

Neither character yells; Gillespie has somehow created a movie set in a storm that does not ask us to sit through two hours of men screaming at each other while buckets of water are flung in their faces.

If the watery scenes thus rise above the cliché, the stuff on shore is less successful. Despite Grainger's energy as Miriam, the plot surrounding her relationship with Webber and her introduction into the fraternity of a maritime community is contrived, and its role as an occasional emotional relief is painfully obvious.

There's nothing subtle about The Finest Hours, but much that is satisfying.

Chris Pine on finding pleasure in the spirit of modesty
January 28, 2016 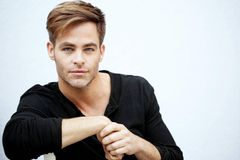 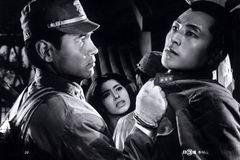 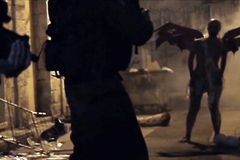 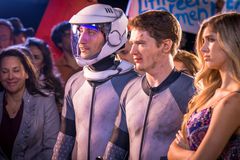 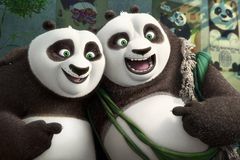