The tag line for The Guilt Trip reads: "Get ready for one mother of a road trip" – the implication being you put Barbra Streisand, in her first true starring role in more than 15 years, in the front seat of a compact rental with big Seth Rogen, and gut-shaking hilarity ensues.

Sadly, no. Yes, Babs, who's 70 now, plays widowed mother Joyce to only son Andy (Rogen), and, yes, the duo does travel from Joyce's digs in New Jersey to points south and west, ostensibly to allow Andy, a schlubby organic chemist, to pitch sales (badly) of his own super-duper non-toxic cleaning product to Costco and Orchard Hardware. Andy's original plan is to take to the highway on his own – he is, of course, unmarried and consistently unlucky in love – but during a stay with Mommy, he finds himself moved by her loneliness and by the story she tells of a passionate but thwarted romance she had, pre-marriage, in her early 20s with one Andy Margolis. When Andy, Internet savant that he is, quickly discovers the other Andy seems to be still alive and living in San Francisco, he surreptitiously adjusts his itinerary accordingly, inviting Joyce along for the ride.

The premise (and the promise) here, of course, is that, as the miles pass, the two will be as chalk is to cheese, oil to vinegar, an apple to an orange. And indeed this is what happens. Unfortunately, it's about the only thing that happens.

With a different script and a different (that is to say, male) director, the trip might have been a variation on National Lampoon's Vacation, Planes, Trains and Automobiles or the Hangover flicks – a mayhem-filled romp, in other words, the comedy as broad as America is wide. Certainly, scenarist Dan Fogelman (Crazy, Stupid, Love) provides director Anne Fletcher (The Proposal, 27 Dresses) with plenty of set pieces for this potential to be realized. See Mommy and son share motel rooms! See a lap dancer fix their car! ! See son reunited with the girl he proposed to at 18! Alas, nothing much is done with these elements as scriptwriter and director almost invariably go for the wry chuckle and the sentimental epiphany rather than the big laugh or the painful embarrassment. That there's a real timidity to the proceedings is something of a surprise. After all, Rogen and Streisand previously have demonstrated little hesitation in finding scenery to chew or a scene to steal. Streisand here, however, is little more than your stereotypical Jewish mother, her kvetching and noodging leavened occasionally with a kvell like, "Remember how good you were in Man of La Mancha!"

That this should be the vehicle Streisand chose as her comeback of sorts – she, with Rogen, is among the seven executive producers – is enough to make you wanna holler, Oy vey! Rogen, meanwhile, holds himself largely in check, exploding every now and then (one motel-room scene in which he shouts at his mother to "just shut up!" packs a real jolt) but never travelling into the Land of Wack. Intriguingly, the film's funniest bit occurs at the end as the credits roll – it's a series of outtakes of Babs trading smart barbs with Rogen in their rent-a-car. Scripted? Improvised? Who knows – or cares. It's just too bad they didn't make it into the actual movie. To its detriment, The Guilt Trip opts to work gently on the heart rather than hard on the funny bone.

Barbra Streisand: Love her or hate her, the woman can sing
October 21, 2012 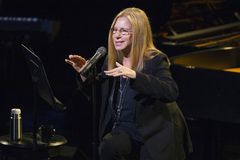 How Seth Rogen learned to laugh at cancer
September 30, 2011 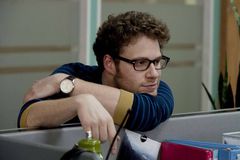 The Proposal
June 18, 2009
Follow James Adams on Twitter @Jglobeadams
Report an error Editorial code of conduct
Due to technical reasons, we have temporarily removed commenting from our articles. We hope to have this fixed soon. Thank you for your patience. If you are looking to give feedback on our new site, please send it along to feedback@globeandmail.com. If you want to write a letter to the editor, please forward to letters@globeandmail.com.
Comments