Perhaps The Intern is not the right occasion to condemn Robert De Niro's late career choices yet again. Presumably the veteran dramatic actor has a few true friends who can whisper the word "legacy" in his ear in more kindly tones than the critics ever do. His response to that judgment is surely evident in his decision to play the part of a 70-year-old retiree who takes an internship with an online fashion retailer because he is bored stiff. Some people just have to keep working.

No, better to judge The Intern for its own ambitions as a social comedy about generational anxieties in the workplace. As such it's only mildly entertaining, never funny enough nor smart enough to summarize the cultural moment in the manner of a Working Girl or The Social Network. Written and directed by Nancy Meyers, its formulaic script, uneven dialogue and sentimentality place it right alongside her last effort, It's Complicated, as a movie that doesn't do justice to an invigorating premise.

Widower Ben Whittaker – that's a gentle, button-downed De Niro – finds retirement so empty, he applies for a job with an online fashion business founded by the workaholic Jules Ostin (Anne Hathaway.) She's an overtaxed and demanding boss with her hand in every aspect of an explosively successful company, but she did not sign on to this hip idea of hiring seniors as interns and is highly skeptical when Ben is assigned to assist her.

And so, Meyers leads us down a wide and clearly signposted road with more-or-less amusing jokes about the generational differences enlivening the story of Jules's inevitable change of heart about Ben. Formerly an executive with a phone-book company that just happened to operate out of the same Brooklyn warehouse, Ben is a class act, wise, tactful and hard-working. Pretty soon, he's acting as Jules's secretary, chauffeur, business adviser, butler, babysitter and even marriage counsellor.

There are some smart things in Meyers's script: Ben begins a romance with the office massage therapist (Rene Russo), thereby removing any yuck factor from his growing friendship with his much younger, female boss. And there are many dumb things: That romance is ignited by two scenes featuring tired sexual gags.

Some of the witticisms about seniors' computer literacy or millennials' office manners are clever enough, but the larger comedy never gathers much speed. Indeed, the movie almost winds up in a ditch when Ben and some young colleagues go off on a caper, breaking into a house to retrieve a wayward e-mail and abandoning the film's key relationship at the curb.

The real weakness in the relationship is that neither Ben nor Jules is characterized deeply enough to give the actors the material they need. De Niro is a good comedian if not a great one, but Ben is portrayed as so unfailingly sunny and helpful that the gentlemanly act begins to tire before the film is half-over.

Meanwhile, the supposedly abrasive Jules warms to Ben's charms after only one minor roadblock. If Meyers isn't going to give Hathaway's character any room to play screwball – the comic energy that has fuelled workplace movies since Hollywood's golden age and that Hathaway herself provided back when she was playing the intern in The Devil Wears Prada – at least the actress should be offered more space to try out her best obnoxious.

In later scenes, Meyer includes her most interesting reflections about professionally successful women, and both Hathaway and De Niro do some nice work here, deftly handling the increasing (but perfectly chaste) intimacy between their characters. On the other hand, despite Anders Holm's best efforts as Jules's husband, Matt, the dialogue in that couple's final scenes is cringe-inducing.

The Intern might have a few things to say about work, but mainly it's the kind of comedy you can rent some Saturday night, secure in the knowledge that if you fall asleep in the third act, a more alert friend can summarize its conclusions in a matter of seconds. 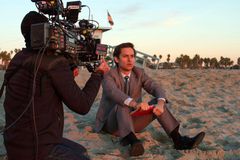 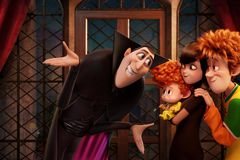 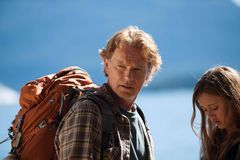