Late in writer/director Richard Linklater's 1993 slice-of-life, coming-of-age comedy Dazed and Confused, a gangly nerd played by Adam Goldberg plots his revenge on a hard-partying jock who embarrassed him at at a late-night, end-of-the-school-year kegger.

"I got it all planned out," Goldberg's character crows. "Most fights in places like this never get past a punch or two before they're broken up, know what I'm saying? There's almost a natural instinct not to upset the herd. So all I have to do is get in one good punch, play defence and wait."

He gets in his "one good punch," all right. Then he gets his clock cleaned. As Somerset Maugham noted, "It is always distressing when outraged morality does not possess the strength of arm to administer direct chastisement on the sinner." In other words: If you're going to run your mouth, you better have the beef to back it up.

Yet while this beat-down seems to reinforce the timeless high-school pecking order, in which the jock emerges as the nerd's natural superior, Dazed and Confused is very much a film about beautiful losers. Goldberg may lose the battle, woefully underequipped when it comes to good ol' fashioned "strength of arm." But his effort, his attempt to asset himself so forcefully, is what's noble. In their way, the nerds have had their revenge.

Everybody Wants Some!! (excessive punctuation sic) is Linklater's latest. It's pitched as a "spiritual sequel" to both Dazed and Confused and Boyhood, neck-and-neck picks for the director's ambling, quotidian masterpieces. It crosses not only generational lines, moving from the last day of school in 1976 in Dazed and Confused to the first day of college in 1980, but battle lines. Now it's the jocks' turn to roam free in one of Linklater's expansive, seemingly plotless, morally ungrudging narrative worlds; their chance to heedlessly funnel beer, rip bongs, and engage in a seemingly endless string of macho, mettle-testing competitions, all while allaying any looming threat of homo eroticism by desperately trying to bed down members of the opposite sex.

At the centre of the testosterone and Schlitz beer maelstrom is Glee alum Blake Jenner as Jake, a freshman baseball pitcher who moves into frat-style housing with his rowdy teammates. Like the graduated middle-schooler Mitch in Dazed and Confused, Jake's less a character than a storytelling cipher, a beaming avatar of openness and goodwill drifting from one seemingly formative experience to the next. (In the course of a weekend, Jake and co. manage to go disco dancing, line dancing and, in a brief detour to a punk concert, slam-dancing; pretty much an early 1980s American cultural trifecta.)

The film may seem like a weird gambit – something like the movie equivalent of Fox's disastrously short-lived That '80s Show. Yet moving into a period of dopier fashion and lamer music, and shifting the focus to strapping, young athletes (Jake is so unapologetically handsome that he might as well be a Disney prince), almost feels like a challenge for Linklater. Across his filmography he's extended abounding sympathy for the misfits, outcasts, stoners, junkies and loveless losers. Everybody Wants Some!! turns this preoccupation inside out. It's a film very much about the beautiful winners.

Granted, the film never feels fully compelling. A late scene of Jake wooing a girl by comparing baseball to the Myth of Sisyphus ("It's a gift to be struggling at all," he coos, dreamily) feels truly, unironically embarrassing. But like plenty of Linklater's best movies, its pleasures are found in its smaller, more lived-in moments: an awkward telephone call, an in-jokey drinking game, a bar fight that sees that aforementioned social herd mentality out in full force.

In one such scene, a cheery pothead pitcher packs a bong while explaining the chord progression of Pink Floyd's Fearless, asking his teammates to pay attention to "the space in between the notes." And this is what Richard Linklater's movies are all about – the muted moments, the spaces in between. It's hard to imagine another filmmaker who could invest the lives of straight, middle-class, norm-y, aggressively bro-y, immaculately groomed college sports jocks with a sense of vital anarchy and resounding humanity. 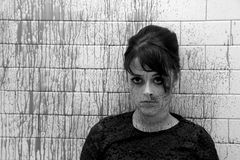 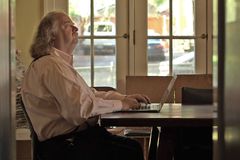 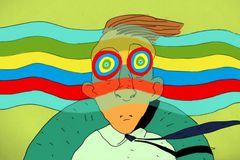