Look up, way up: it's the new, improved Tarzan! Watch him swinging from vine to vine, the king of the jungle, the lord of the apes, buff, smart and ethical, dodging political critiques and ducking cultural sensitivities as he rescues Africa herself. It's a fascinating act. Too bad The Legend of Tarzan isn't a better movie.

There seems little reason to resurrect Tarzan in 2016; his character, or at least his creator, the turn-of-the-century American schlockmeister Edgar Rice Burroughs, is racist and sexist by any contemporary standard. Titillating audiences with his wild side while reassuring them of his essential European civility, Tarzan in all his many incarnations was always just an unkempt version of the mighty whitey. Jane, the African natives and even his simian family were little more than props in his triumphant story. Heck, let's call the guy a species-ist, too.

So, in the 21st century, Tarzan looks like a cultural controversy just waiting to happen. But he is also, next to Sherlock Holmes and Wonderland's Alice, one of the most famous literary characters ever penned, and since contemporary Hollywood can never be convinced that audiences are interested in characters they haven't previously met, Warner Bros. is willing to risk it.

Enter screenwriters Adam Cozad and Craig Brewer with a script in which the genteel John Clayton, Viscount Greystoke must come out of his retirement on his English estate, tear off his shirt and return to Africa to rescue his Congolese friends and his wife Jane from Belgian slave traders.

Does this sound like a movie suffering from a white-saviour complex?

No worries, Tarzan's initial goad and eventual sidekick is one George Washington Williams, an American ambassador and Civil War veteran determined to prove that the Belgian King Leopold is running a slave trade to pay for his Congolese colony. He's black.

Or does it also sound like a movie that casts Jane as a retrograde damsel in distress? No worries, she rejects that very title as she spits in her captor's face and escapes into the jungle herself. She's quickly recaptured and Tarzan does have to rescue her in the end, but you can't have everything: in plotting, Cozad and Brewer have done a rather clever job of dodging all the obvious pitfalls that might trip up the new Tarzan as he swings his way to another victory.

Their dialogue, on the other hand, is lamentable. "The last thing you need is more stress," Lord Greystoke tells his lady as he attempts to dissuade her from following him to the Congo, as though she were some working mom proposing to coach the T-ball team. And on it goes, with clunky modern phrases and painfully obvious exposition marring scene after scene.

If Cozad and Brewer have figured out a good story, they have not determined a tone in which to tell it and director David Yates (who did the last four Harry Potter movies) can't help them. There is lots of engrossing action and glorious scenery here as Tarzan battles with gorillas, attacks a train full of chained slaves or leads a herd of stampeding water buffalo, but whenever there's dialogue, Yates waffles between an earnestness that his outlandish story doesn't justify and a snappy humour that his cast doesn't deliver.

Margot Robbie's Jane, in particular, is excruciating: the character is supposed to be a feisty wit coming back at her evil captor with crushing one-liners, but a flat Robbie muffs the delivery of practically every joke, giving Christoph Waltz's Belgian baddie nothing to perform against. In any case, that character is just a watered-down repeat of Waltz's increasingly familiar evil European from such films as Inglourious Basterds and Spectre. You can almost hear Yates saying to the actor, "Give me Hans Landa at 75 per cent."

As Williams, Samuel L. Jackson is also reprising a familiar type, the righteous racial avenger that he has created for Quentin Tarantino in particular – with much less interesting back story or opportunity to charm. Saddled with a superficial character, the actor can only offer a superficial performance.

Like a cat poised to pounce, the Swedish actor Alexander Skarsgard produces a sensitively quiet Tarzan who is often quite effective as he warily eyes European colonialists, tribal foes and the pulsating jungle itself. Skarsgard even masters one of the few successful jokes in the script with a wise bit of deadpan; when initially asked why he doesn't want to return to Africa, Tarzan replies flatly: "It's hot." But when he and Williams start discussing whether Williams, threatened by a vicious gorilla, was going to "lick his nuts" to show subservience, you wonder how Yates and his screenwriters could be so tone-deaf.

There's no jocular rapport established between the men elsewhere and a lot more wittier humour would certainly not go amiss as the fantastical history piles up: no audience can be counted on to know much about King Leopold's rape of his private colony but presumably the Congo wasn't rescued by an ululating Englishman in a loincloth. Indeed, to justify its silly plot, this Tarzan desperately needs the kind of light comic touch that made all those Indiana Jones stories about historic treasures and marauding Nazis amusing rather than stupid.

There's also not much chemistry between Skarsgard and Robbie in a film that hints at the Greystokes' great sex life but barely shows it. Instead, we get flashes of flesh that are hilariously dated in their obviousness. There's Jane in a rain storm with her wet clothes clinging to her body. There's Tarzan tearing off his shirt to reveal a strategically positioned waistband because apparently Victorian adventurers favoured low-rise trousers. One thing that can be said for this erratic attempt to reinvent Tarzan for the 21st century, however, is that it does at least feature equal-opportunity ogling. 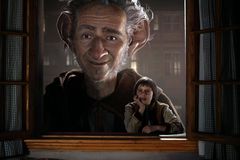 Film Review
Swiss Army Man is a most unusual film but it’s not exactly compelling
July 1, 2016 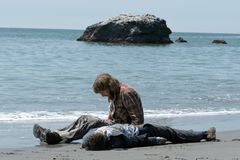 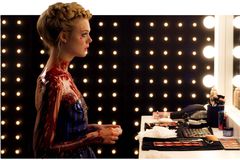