The very premise of the latest dystopia from Greek director Yorgos Lanthimos is absurdly amusing: In the near future, citizens are not permitted to remain single, but are sent to a luxury retreat where they have 45 days to find a mate or get turned into an animal.

Lanthimos came to international attention in 2011 when Dogtooth, his black satire of family relations featuring three siblings imprisoned by their parents, was nominated for the foreign-language Oscar. This time, he mocks the mating game – and makes his English-language debut. Perhaps that move signifies a desire for accessibility: The Lobster is a brilliant piece of satire, but largely fails in an attempt to build its wicked wit into a more conventional romance.

The action starts at the hotel where Dave (Colin Farrell), a mild-mannered and short-sighted type recently abandoned by his wife for another man, must sign up for a peculiar ritual: He has 45 days to find a partner among the identically dressed women in the hotel. If he fails, he will be turned into an animal of his choosing. He decides that he wants to be a lobster, a long-lived creature that continues mating for all its life.

He makes two male friends at the hotel – the limping man (Ben Whishaw) and the lisping man (John C. Reilly) – while undergoing a daily routine of solitary breakfasts, stilted lectures from the hotel's married management and excruciating dances with the women. The whole affair feels like a 1950s singles cruise on downers.

There are two ways to prolong one's stay. One is to pair off with an appropriate mate, defined as someone with near-identical characteristics: Limping man is disappointed to discover that one newly arrived woman has merely sprained her ankle temporarily. The other is to hunt down and shoot with a tranquilizer dart the rebellious singletons who live in the surrounding woods, thereby earning an extra day of life as a human for each human one has caught.

When Dave attempts to game the system by pretending he is as cold-hearted as a cold-hearted woman, things go badly wrong and he winds up in the woods with the rebels. They prove to be as fascistic about their celibacy – the leader slashes the lips of anyone caught kissing – as the hotel is about mating. And so, in this atmosphere of ridiculous (yet, deeply creepy) prohibition, what does Dave do but fall truly in love.

The hotel itself is a highly effective and amusing satire of society's insistence on pair bonding and its privileging of marriage. (Non-heterosexual unions are dealt with briefly at the start; they are off in some other location, and the bisexual option has been closed due to operational difficulties.) As we move into the woods, the satire grows darker and closer to the bone – after all, there are many real societies held captive by a puritanical ban on sex – and so the dramatic weight of Dave's need to escape increases exponentially. The problem, and this is one that satire often runs into, is that it is hard for an audience to give its full sympathy to characters who are played as pawns in a symbolic game.

Lanthimos films The Lobster naturalistically – the hotel is gorgeous and seems very real; the woods are also familiar if made hilariously surreal by the occasional peacock or camel wandering through – but he directs his cast to a flattened delivery as though each character were reciting prescribed lines. That sets the tone nicely when they are making strained chitchat on the dance floor, but becomes much less effective when Dave is declaring his love for the short-sighted woman (Rachel Weisz) he meets in the woods. Farrell and Weisz have found a fairly workable style in which to deliver this kind of talk – he's all wide-eyed, nice-guy innocence; she has a more natural and warmer tone that makes her especially lovable in this odd context – but one still doesn't care that much where this forbidden romance ends up.

Lanthimos certainly isn't going to give the pair a happy ending: The film's conclusion is dastardly, as the director opts once again for the big symbolic gesture.

Film Review
The Clan: Exploring the ties that bind a family throughout a lifetime of crime
March 25, 2016 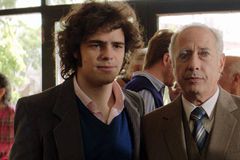 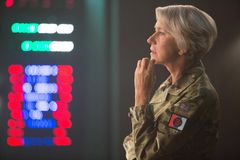 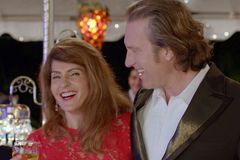