The Love Punch feels like a remake of an old MGM caper comedy. It's not, but it feels that way, which will certainly set it apart from the Disney villains, X-people and radioactive sea monsters of the summer movie schedule. The movie first premiered at TIFF 2013, where it was also a fish out of water alongside Oscar bait such as Gravity and 12 Years a Slave. At the Toronto press conference Emma Thompson made a case for cinematic lollipops: "I don't think we make movies that are meant to be make us feel happy from beginning to end." Later, when director and screenwriter Joel Hopkins compared the actress and her co-star Pierce Brosnan to Cary Grant and Audrey Hepburn, Thompson brushed off the compliment joking that she could "probably fit [Hepburn] into one of [her] bra cups." Spoiler alert: This is funnier than anything in The Love Punch.

Brosnan and Thompson play a long-divorced husband and wife, Kate and Richard – he has recently been abandoned by his latest age-inappropriate piece, she is unsuccessfully trying to navigate the over-50 dating scene (armed with a killer haircut – Thompson hasn't looked this good onscreen in years). The exes are forced back together after their retirement savings are stolen by a French tycoon (Laurent Laffite), so stereotypically heartless that he may as well twirl a pencil mustache.

Of course said businessman has a sexy French fiancé (Louise Bourgoin) to whom he has just presented a $10-million diamond necklace. Realizing that this rock may be their only chance at remuneration, and that the bride-to-be will be wearing it at her French Riviera wedding (a celebration sure to make even the upcoming Kim and Kanye nuptials look low-key), Richard and Kate embark on a Pink Panther-esque jewel-heist adventure. High jinks ensue, but hilarity – that may be pushing it.

The best part of The Love Punch is easily the chemistry between Brosnan and Thompson, who bicker and banter like the old pals that they are. Both actors have said that one of the biggest draws of signing on was finally getting to co-star (if only the script had been a bigger lure). Even the director and screenwriter, Joel Hopkins admits that Step 1 was locking in his two leads. "[After that], you think, okay, now we need a story," he told TIFF reporters, as if script-as-afterthought is a reasonable filmmaking strategy. Luckily these actors can do quite a bit with quite a little – Thompson can score laughs with a simple eyebrow cock, so her attempt to infiltrate a hen party of bikini-clad French teenagers is predictably worth the price of popcorn. The entire script is full of references to aging: James Bond has a bad back and bunions, though he can still do dashing with both hands tied behind his … well, you'll see.

Most everything about this movie is predictable within the first few minutes: Early on we learn that Thompson is allergic to flowers while Brosnan is allergic to cats, and you certainly don't need clairvoyance to predict that this is all building to a flora- and feline-filled climax. That said, there are worse things than sitting back to see a talented cast indulge in bit of fun – more of a half-hearted love swat than a love punch, but then, doesn't the summer movie schedule have enough violence? 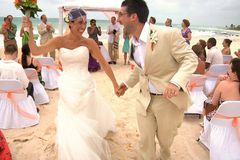 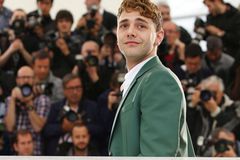 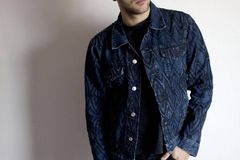 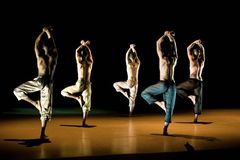