Title
The Missing Ingredient: What is the Recipe for Success?
Directed by
Michael Sparaga
Classification
PG
Country
USA
Language
English

With his soft-hearted documentary on a pair of Italian restaurants in Manhattan, the filmmaker Michael Sparaga attempts to determine what makes an eatery an institution. It could be the food. It could be the zebra wallpaper. It probably has more to do with soul than spaghetti.

Whatever it is, of the more than 24,000 restaurants in New York, most of them are doing it wrong. One of them that did it right was Gino's, a frozen-in-the-1940s red-sauce joint on the Upper East Side that went finito in 2010 because of a rising rent, after 65 years of lamb shanks, veal Genovese and Frank Sinatra moments. Meanwhile, in Midtown, Pescatore is a quality restaurant that's been around for a couple of decades, but it's only a wannabe in the institution class.

And don't ask the Canadian director (and former waiter) Sparaga about the special ingredient either, because if he knew what it was he'd stop making films and instead open up his own place, probably called Sparaga's. (Try the bistecca alla fiorentina.) But if Sparaga doesn't quite arrive at the secret recipe, that's just fine, because in his attempt he warmly examines the psychology of regular patronage, with restaurants seen as a sort of second home. We are creatures of a habit, and we are always hungry.

We get to meet the family of the gone but hardly forgotten Gino's, from the spicy meatball that is the Neapolitan chef and co-owner Michele Miele to a bartender named Bruno. Former patrons interviewed include the writer Gay Talese, the jazz guitarist John Pizzarelli and a delightful selection of relative nobodies. The Gino-goers all genuinely loved the place, but do you know what? None of them actually talk about the food.

The Missing Ingredient is nothing if not a lively study in contrasts, which brings us to Pescatore. The restaurant's owner is Charles Devigne, a youngish family man and restaurateur who struggles to elevate his place from respectably popular to you-have-to-go-there status. But where Gino's thrived on consistency and not changing while everything else did, the tightly wound Devigne hopes a drastic switch in decor will give the place some eye-popping appeal.

Against the wishes of his interior decorator, Devigne decides to use the iconic zebra wallpaper pattern so famous at Gino's for his renovated Pescatore. It's a risky move to say the least; style plagiarism to say the most. The irony is that Pescatore pays homage to Gino's with the type of radical move that Gino's steadfastly avoided. Zebras don't change their stripes, and neither should aspiring institutions. (Maybe for his next move, Devigne will open up a library and "borrow" the idea of marble lions on the steps.)

Beyond the insight into the restaurant culture, Sparaga shows us a bit of that celebrated New York state of mind. Gael Greene, formerly the New York magazine restaurant critic, is just as fabulous as you'd want her to be. "New York is just a place filled with the exceptional," she says. "We all come here to make it. Some people decide it's not worth the price, and they go to Philadelphia or Pittsburgh."

Someone should probably make a documentary on Greene. As for Pescatore's Devigne, he's a less interesting subject. I'm not sure we ever find out why he's in the business. (I'm not even sure he knows.)

In the end, Devigne's story takes a twist. He says "the future looks exciting," but I'm not so sure. He tries to make his restaurant an instant institution. But time, consistency and cross-generational history seems to be the ingredient missing. Like good red sauce, you can't rush it. 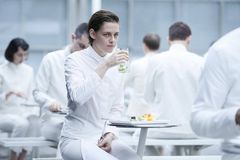 Film Review
How to Build a Time Machine is an enchanting and whimsical tale
July 15, 2016 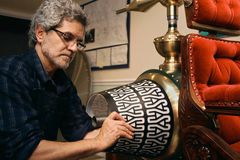 Film Review
The Innocents is a powerful, brave film that will stay with you for days
July 15, 2016 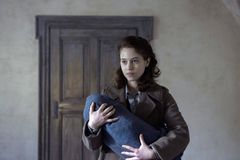