Movies that mine movie conventions for laughs are nothing new: The Oceans 11 series played playful homage to the old rat pack capers, the numerous Scary Movies skewered all of the standard horror tropes, Austin Powers was 007 with a twist. Even the specific concept of making fun of sequels while being a sequel has been done before in Scream 2, and that probably wasn't the first movie to make fun of coming second. The whole cinematic meta gimmick is so well established at this point that the next comedy frontier probably lies in figuring out how to be meta about being meta. It's enough to make your brain hurt, which, rest assured, 22 Jump Street will not.

"Do the same thing – everyone's happy," says Nick Offerman (back, like most of the supporting cast, as the mustachioed deputy police chief). And if you do the same thing and make it even funnier, well then right on bro! [Fist pump, chest bump, totally superfluous and expensive explosion sequence].

Plot is even less essential the second time around. Our dynamic odd couple – Schmidt (Jonah Hill) and Jenko (Channing Tatum) – are still partners in policing. Once again they get a mission to infiltrate a drug ring, only this time they're going undercover as college freshmen. (Because, you know, the idea of two men in their 30s posing as high school students is ridiculous.) A bunch of the movie's best jokes skewer the industry's habit of casting grown-ups as adolescents. Last time most of the "you-so-old" jabs landed on Tatum, who really could be 45. This time, Hill is the target. "Tell us about the war – any of them," says Mercedes (a scene-stealing Jillian Bell), the wisecracking roommate of Hill's love interest Maya (Amber Stevens). (Side note: one movie convention that goes unmocked is the tendency of pasty, pudgy male writer/actors to cast absurdly good looking women as their love interests. Ding, ding, ding, Jonah Hill.)

College life, on the other hand, is milked for all it's worth. In one scene Jenko and Schmidt take a roll call of the must-have items for dorm life including a beanbag chair, disco light and "a hilarious T-shirt that signifies we drink alcohol." In another, the guys endure a night of initiation humiliation. Jenko fits in naturally with the beer-guzzling jocks, while Schmidt falls in with the pretentious art-student crowd. "We like to drink good wine and talk about important issues," says one wannabe-Sartre type. (If you didn't meet that guy at university, you probably were him).

In-jokes aside, the awesomeness of the movie is the chemistry between its leads, who go together like frat boys and dick jokes (22 Jump Street features plenty of both). Yes, the writing is clever, but much of the dialogue and physical comedy bits come down to delivery, chemistry and Hill and Tatum's ability to turn even the more juvenile gags (see: dick jokes) into hilariousness. Particularly in the comedy realm, showbiz goes through cool kid cycles – there was Wes Anderson collective, the Will Ferrell posse, Judd Apatow's gang, of which Hill is a member. That Stoner No. 3 from Knocked Up and the tank top from Step Up have become Hollywood's freshest comedy duo is impressive. That they're keeping it fresh in a sequel is as close to a cinematic miracle as a guy in a "Sun's out/Guns out" top to deserves to get. 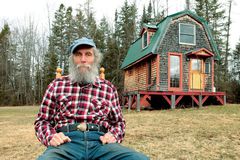 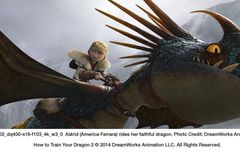