In The King's Speech and A Single Man Colin Firth proved that he's very good at playing a man struggling to repress his inner turmoil while maintaining external decorum. In The Railway Man, a drama based on the memoirs of former British officer Eric Lomax, Firth goes deeply where he has gone before in the real-life story of a former Japanese prisoner-of-war, coping with a lifetime of post-traumatic stress.

Well-acted and building to a crowd-pleasing catharsis, The Railway Man is the sort of inspirational survivor story that often gets Oscar nods, though this particular film, directed by Jonathan Teplitzky (Burning Man) is hampered on several levels. The critical problems are an overbusy time-jumping script and reliance on the conventions of the trauma drama – flashbacks, fragmentation, distorted time and space – that prove more a barrier than a window into the character's inner lives.

We begin, somewhat unnecessarily, with Lomax's death in 2012 at the age of 93 and then jump back 30 years to 1980, to a veteran's club in the northern English town of Berwick-upon-Tweed, where Eric, an obsessive railway enthusiast, tells his fellow vets that he has recently fallen in love with a woman he met on a train. In flashback, we see the encounter between the shy Eric, around 60, who knows everything about trains and charms the pretty 43-year-old nurse, Patti (Nicole Kidman), a newly single woman heading out on a Scottish holiday.

After a brief, fumbling, charming courtship, the two get married. Initially, Eric's obsession with train schedules suggests a mild quirk, though it turns out to be only a symptom of a deeper fixation on time and escape. Eric has nightmares and flashbacks of his wartime torments at the hands of a Japanese torturer, Nagase (Tanroh Ishida), and displays behaviour that ranges from absent-mindedness to outright violence.

In desperation, Patti turns to his friend and fellow prisoner-of-war, Finlay (Stellan Skarsgaard), to explain what happened. In the well-done flashbacks set in the Thai jungle, Finlay recounts how young Eric (played by Jeremy Irvine) built a radio receiver, which gave the prisoners hope with news of an Allied victory, but was beaten and cruelly tortured, including the use of simulated drowning, by the Japanese, with Nagase as a particularly cruel perpetrator.

The turning point comes when Finlay discovers that Nagase is still alive, and is now conducting guided tours of the internment camp where Eric and the other men were held and Eric decides he must travel to Thailand to confront his former oppressor.

The film's pivotal scene grapples with powerful ideas and intense performances by Firth and Japanese actor, Hiroyuki Sanada as the older Nagase, though all of it smacks of theatrical contrivance. Not surprisingly, little of it corresponds to the circumstances of the actual meeting of the two men.

Firth gives the performance his all as a man trapped in a vortex of grief, shame and hate, but as in Scott Hicks's Shine, which the film occasionally resembles, there's an overtidy relationship between trauma and catharsis. Playing a woman close to her real age (mid-40s) though looking much younger, Kidman offers a tender performance in early scenes, but falls victim to a script that too often leaves her character as a tearful bystander.

Unnecessary poetic license has been taken here at several points, including the fact that Lomax, rather than a lonely bachelor, was a married man with grown children when he met Patti. The story of his experiences and subsequent relationship with his torturer was also chronicled in a documentary (Enemy My Friend) and dramatized for BBC television in a program called Prisoners in Time, co-written by Chilean exile, Ariel Dorfman. The parallels between The Railway Man and Dorfman's torture drama Death and the Maiden are hard to miss. 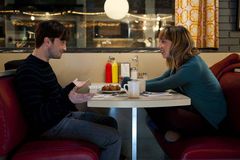 In the Blood’s Gina Carano ready-made for action roles
May 12, 2018 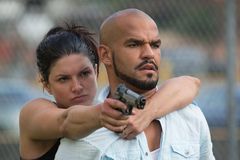 Film Review
Only Lovers Left Alive and The Other Woman: Lovers in a dangerous time
May 12, 2018 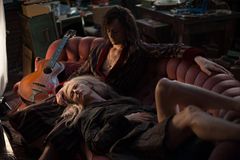