Does anyone do feel-good cinema as well as the Australians? From Shine to Muriel's Wedding to Strictly Ballroom, the Aussies have demonstrated a clear knack for uplifting dramedy. The latest entry, The Sapphires, seems destined to join the category's most memorable list.

Based on a true story (an always slippery construct), this debut feature from director Wayne Blair transports four young Aboriginal women and their Motown-inspired soul-sisters act from an impoverished Outback mission to war-torn Vietnam, circa 1968.

The film can't entirely ignore the bloody military conflict taking lives all around, but its emphasis is largely on the fusion of funk and frolic.

Blair, until now an actor and TV director, played Dave in the 2004 theatrical version of The Sapphires. The stage play was written by Tony Briggs (co-credited for the screenplay with Keith Thompson), the real-life son and nephew of two of the original singers.

O'Dowd, who may be remembered as the love-interest cop in Bridesmaids, is The Sapphires's biggest draw. He has an amusing or arresting take on just about every line reading. His Dave is a black man secreted in white skin, generally well intentioned, but not always dependable. He volunteers to become the group's manager, and agrees to book an audition for the Vietnam tour if the girls change their name and abandon their ho-hum country-and-western repertoire in favour of soul – the only decent pop music being produced, he argues. In no time at all, the Sapphires are performing in Saigon.

To its credit, the screenplay sets the story against the historic context of Australia's scandalous treatment of its Aboriginal population. In fact, in a prologue segment, one member of the Sapphires, cousin Kay (Shari Sebbens), becomes a victim of the state-sanctioned policy of kidnapping mixed race or light-skinned Aboriginal children and "placing" them with white families. In a campaign that lasted well into the 1970s, thousands were thus removed from parental custody.

A more serious look at this subject was assayed in another Aussie film, Rabbit-Proof Fence (2002), which featured Aboriginal actress Debra Mailman. Here, Mailman plays hard-crusted Gail, the group's sharp-tongued leader who, against her better judgment, falls for Dave.

Apart from O'Dowd, a kind of younger Liam Neeson with well-honed comedic chops, the film gets an energizing boost from its soundtrack alone, which features several of the period's classic hits, including Soul Man, I Can't Help Myself (Sugar Pie Honey Bunch), I Heard It Through the Grapevine and What a Man. The group's lead singer is Julie (Jessica Mauboy, an Australian R&B singer and runner-up on the fourth season of Australian Idol). You could drive an Abrams tank through the film's plot holes, but you'll likely be too busy enjoying yourself to bother.

Still, it's interesting to speculate about what The Sapphires might have been had it chosen to dig more deeply into issues of identity. At one point, the girls – still in Vietnam and on the phone to mom back home – sing an Aboriginal gospel song, Ngarra Burra Ferra, in their native Yorta Yorta language. You realize then that their Motown act is just another false cover, one that briefly helps them transcend the era's ugly racism and bestows their 15 minutes of fame. Interestingly, despite their success entertaining the troops, the group did not survive long beyond the tour, returning home to face and deal with a different reality. 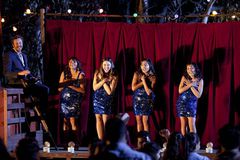 Rabbit-Proof Fence: Bad fences, bad neighbours
November 29, 2002
Long walkabout home
September 7, 2002
TIFF movie review: The Sapphires
September 6, 2012
Follow us on Twitter @globearts Opens in a new window
Report an error Editorial code of conduct
Due to technical reasons, we have temporarily removed commenting from our articles. We hope to have this fixed soon. Thank you for your patience. If you are looking to give feedback on our new site, please send it along to feedback@globeandmail.com. If you want to write a letter to the editor, please forward to letters@globeandmail.com.
Comments