Love hurts, but Jeremy Garelick's The Wedding Ringer is truly painful. Part of the bromance-dramedy genre (where impending heterosexual nuptials are the means for two men to fall platonically for each other), this so-called comedy unfolds with embarrassing desperation and mind-numbing vulgarity. From the writers of The Break-Up, it's perhaps no surprise, but the real shame is how Garelick and co-writer Jay Lavender leave Kevin Hart, an undeniable comedic talent, in the lurch.

The conceit of The Wedding Ringer is a probable one for Hollywood: An underwhelming schlub of man, Doug (Josh Gad), is marrying a svelte blonde, Gretchen (Kaley Cuoco-Sweeting). Awestruck that a "girl who looks like her" even talked to him, Doug is too embarrassed to confess to his fiancée that he has no friends. With only 10 days left until the big day – and Gretchen's WASP parents bearing down on him to pick his wedding party – Doug decides to hire a best man. Enter Jimmy (Hart), sole proprietor of The Best Man Inc., a full-service stop for insecure man-children who can't express the realities of their personal lives to their future spouses. Or, as The Wedding Ringer would put it, just regular guys.

Even to an expert in falsifying friendships, Doug presents a challenge and requires "the Golden Tux" package: In just more than a week, Jimmy will have to train seven strangers to pass as the groom's best boyhood pals. Many exhausting dick jokes and one mud-wrestling match later, the motley crew rallies behind Doug on the day of his union.

But the line between friendship and business has become blurred. Jimmy is insistent his relationship with Doug should remain purely financial, but pesky man-feelings start getting in the way. And what of Gretchen in all this? Naturally, being a human woman who's about to become a bride, she's too preoccupied with losing 4.3 pounds, withholding sex from Doug and taste-testing salad dressing to note any changes in her husband-to-be's demeanour.

Compensating for this lacklustre premise, Garelick and Lavender pad their script with lame stunts, including, but not limited to, accidental octogenarian immolation and sex with pets. They then pepper these ever-so-scintillating scenes with outright homophobia.

In all this lowest-common-denominator humour, Hart is the only cast member who elevates the material. Garelick wisely gives Hart room to take control of most scenes, allowing the comedian to employ his staple breakneck pacing. At one point, Hart ad libs a riff on Jimmy's new alias, Bic Mitchum, exuding more energy than the rest of the cast combined. In another scene, Jimmy gives a eulogy, in character, for a past client, spinning a story about the trials of being the only Ethiopian Jew at Hebrew school. Delivered with deadpan seriousness, Hart makes the less-than-nuanced joke funny. No one else, least of all Gad who shares most scenes with Hart, can keep up with the star's straight-faced and fast-paced comedy.

But while Hart injects occasional life into the movie, it's not enough to maintain a discernible pulse. Just as Doug and Gretchen rush to the altar, The Wedding Ringer rushes to its conclusion, seeing Doug and Jimmy off on a "boys trip." As their party plane takes off for a place where male fun is predicated on causal misogyny, the only thing to celebrate is that the credits are rolling. 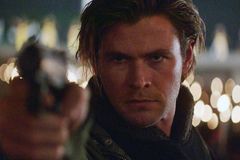 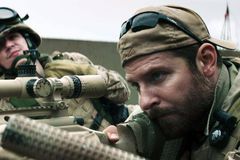 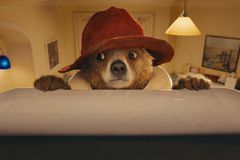 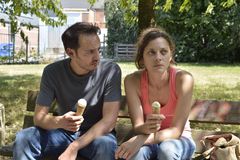 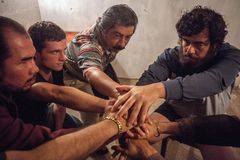