Of a visit to a Cirque du Soleil revue in Las Vegas, my father recently shrugged, "You can only watch people swing back and forth so many times." Dad's rote dismissal of the whole broad spectrum of Quebecois circus arts notwithstanding, a sort of bored resignation to the swaying to-and-fro of some glitzed-up acrobat sums up the whole existential dead end of Las Vegas.

It's a place where fortune fluctuates in accord with the capricious whims of providence, where men (and, yes, sometimes women, but usually men) are made or broken according to Lady Luck's fickle impulses. It's jerry-rigged to part you from your money as well as your good senses, to make you buy into total garbage like "fortune" and "providence" and "Lady Luck."

This built-in template of boom and bust (and boom again) make Vegas a natural staging ground for any movie. (The coursing rivers of bright lights and silicon don't hurt anything.) Vegas' whole imagined mythos of fortune and fate undermined and then reasserted make it an ideal out-of-the-can storytelling scenario. At a loss for a better idea of where to dispatch your characters (or your franchise) for a sequel? Send 'em to Vegas. James Bond, the Griswolds, the Corleones, whatever the family's name was from Honey I Blew Up The Kid …Vegas will give 'em a narrative arc to pitch and yaw along for 90-plus minutes. Vegas, baby. Vegas.

So, as if only to double down on the original film's success, Think Like A Man Too – the sequel to a movie based on a relationship book penned by current Family Feud host Steve Harvey – parachute drops its ensemble (including Jerry Ferrara, Michael Ealy, Gabrielle Union and Romany Malco) into Las Vegas for the wedding of mama's boy Michael (Terrence J) and single mom Candace (Regina Hall).

Kevin Hart's newly single Cedric shoulders best man duties, taking the opportunity to overspend on a flashy suite at Caesar's and obnoxiously micromanage the bachelor party debauchery (shots, strippers, yawn, snooze). Meanwhile, the ladies plan their own blowout bachelorette, a bid at niftily capturing both the Hangover and Bridesmaids demographics. Hart recounts the proceedings in voiceover – mixing sports metaphors as he tallies "points" – resulting in a not altogether uncommon case of a movie suffering from way too much Kevin Hart.

There are some okay jokes, including a few digs at the buttoned-down white couple (Daddy Day Care's Gary Owen and Bridesmaids' Wendi McLendon-Covey) and a cameo by a certain Canadian rap superstar whose very presence serves as its own punchline. But Think Like A Man Too does nothing to invigorate the sighing motions of the Vegas dramedy. Each couple comes with their own one problem, inevitably solved by the predictable fireworks finale, as if by the agency of the setting alone.

It's intermittently fun, and funny, but after a while it's just so much swinging back and forth. We get it. You're up. You're down. You're back up again. Redemptive, tourism-board subsidized Vegas movies like this play out like a ninth-grade English teacher charting the basic graph of rising and falling action drafted them on a blackboard.

All you can really hope for is that the characters weather enough wide-eyed amusement and resolve enough personal drama that the Vegas arc can roll on undisturbed. Think Like A Man barely breaks even – entertaining enough to egg you into imprudently scanning for cheap WestJet packages to Sin City, fun enough that the chimera of Vegas can shimmer on, a sanctuary of self-indulgence and excess erected as a rampart fending off the sandy wash of a more consuming, and ever-intruding, nothingness. 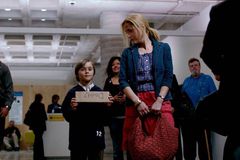 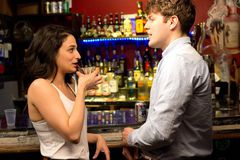 Film Review
The Rover doesn’t feel worth the journey
June 20, 2014 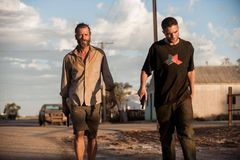 Film Review
The Life and Crimes of Doris Payne: Story of a jewel thief
June 20, 2014 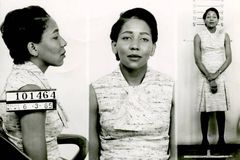 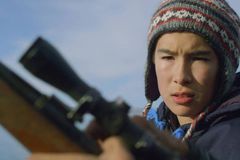