While watching Miss Peregrine's Home for Peculiar Children, Tim Burton's latest, I spent a not-insignificant amount of time thinking about Superman. Not the comic book or his recent Zack Snyder-directed face-off against Batman, but a Superman film that was never filmed.

There was a point in the late 1990s, when Burton was attached to a Kevin Smith-scripted reboot of the franchise, Superman Lives, with Nicolas Cage set to star. (This is known as the darkest timeline.) That version of the Man of Steel never came to pass – the series was resurrected in 2006 by Bryan Singer, hot off the success of X-Men – and Burton went on to make Sleepy Hollow instead. So a filmmaker whose 1989 adaptation of Batman is still one of the best comic-book movies around, and who's arguably as responsible as anyone for our unwavering enthusiasm for the genre – has not actually made a superhero movie since 1992's wonderfully demented Batman Returns.

Although it's not billed as such, Miss Peregrine's Home for Peculiar Children is very much a superhero film – X-Men as imagined by Edward Gorey. But it's not populated with the sorts of characters we've come to expect – tormented anti-heroes or wisecrackin' daredevils or noble demi-gods. Rather, it's a film about a group of broken children, not off saving the world but being saved from the world.

Young Jake grew up hearing about these children. His grandfather (a poignant Terence Stamp) used to tell him tales about an island off the coast of Wales, where he once lived with a group of strange kids. As he grew older, Jake began to doubt these stories and, when the movie opens, he's a brooding 16-year-old (played by Asa Butterfield, of Hugo and Ender's Game) who, like the rest of his family, chalks up his grandfather's flights of fancy and increasing paranoia to old age. But then he witnesses his grandfather savagefully murdered, and his eyes being removed, by a creature in the woods that, it appears, only he can see.

Jake is left traumatized and in therapy. Eventually, his therapist (Allison Janney) suggests he visit the island, Cairnholm, where his grandfather once lived and where he might find some closure. So, along with his aloof father (Chris O'Dowd), Jake heads off to the island, where he stumbles across a crumbling old mansion, destroyed decades ago by a German warplane. Like a palimpsest, the original mansion is still in fact there, hidden away from the world in a "loop," a constantly repeating day in 1943, where the peculiar children reside. (I'm sure the science is sound.)

There, Jake encounters a comic book's worth of fantastic beings, including an invisible boy, a girl who can control the air and a young man who can animate inanimate objects and bring dead things back to life.

They are not superheroes, but scared, fragile kids under the protection of Miss Peregrine (Eva Green), a "ymbrine" who controls time and, if that wasn't enough, can turn into a bird. The kids are in hiding because another group of peculiars – led by Samuel L. Jackson, because why not? – is hunting them down in order to obtain immortality. (For a movie supposedly targeted at kids, Miss Peregrine's is pretty unnerving – eye balls are eaten like popcorn and the monsters, when finally unveiled, are delightfully frightening.)

The film is based on the bestselling novel by Ransom Riggs, which used, er, peculiar, vintage, black-and-white photographs – a boy covered in bees, for instance – to move the narrative along. Aesthetically, and even tonally, there wasn't a more fitting director than Burton.

The novel has been adapted by Jane Goldman, who has experience with superhero movies, including X-Men: First Class, and superhero-esque movies such as Kingsman: The Secret Service (Jackson is an over-the-top villain in that one as well). It's supremely silly and filled with crater-sized plot holes, but it's a profoundly moving film, too – about trauma, about loneliness, about aging and family.

It's also a film that made me wonder what would have happened had Burton gotten his hands on one of the myriad Marvel/DC properties rushed into development over the past decade – the film's climactic battle, a wondrous homage to Jason and the Argonauts, shows Burton knows how to direct action, even if Planet of the Apes suggested otherwise.

Will he get another chance? The film's falsest note comes at the end, which teases future instalments before wrapping things up a bit too neatly, as if the studio suddenly got cold feet and didn't want to green-light a sequel – Riggs wrote a trilogy, after all – before seeing the box-office numbers on Monday. Let's hope they're strong. I'd like to watch these peculiar children grow up.

Jon Favreau to direct Disney live-action remake of The Lion King
May 16, 2018 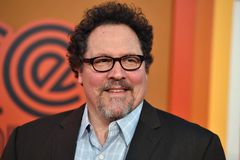 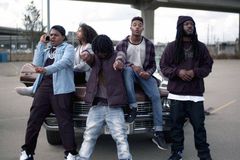