Great cast, stylish direction and a plot that's a riddle wrapped in an enigma wrapped in a what-the-hell's-going-on muddle. How much that eventual muddle will mar your enjoyment of Trance will no doubt vary wildly from viewer to viewer. After all, as every hypnotist knows, some of us are a lot more suggestible than others.

Fresh off his stint stealing hearts in the costumed ceremonies of the London Olympics, director Danny Boyle opens here with another flashy heist: A crowded auction house, Goya's Witches in the Air gavelled down at £27.5-million, the artful thieves led by Franck barge in tossing tear-gas canisters, Simon their inside man whisks the Goya from the easel, the elaborate theft goes off like clockwork until it doesn't. The gang escapes although without the prize. For his part, Simon suffers a knock to the head and awakens next morning in the hospital. He's got the painting, but something else too: a Memento-like case of amnesia, bad enough that the guy can't remember where the Goya is stashed.

All that and the opening credits have yet to roll. When they do, the thieves have already fallen out and, perhaps having seen too many movies to fall for that amnesia excuse, Franck (Vincent Cassel) has Simon (James McAvoy) on his personal torture rack. However, post pummelling, he grows convinced that Simon's affliction is genuine and that professional help is called for. Enter the hypnotist, the beautiful Elizabeth (Rosario Dawson), who, bored by a client list that tilts heavily toward the overweight and the nicotine-addicted, eagerly takes the case. In fact, right quick, she has figured out Simon's larcenous identity along with his connection to the gang.

What follows is a weird yet intriguing menage à trois. The fetching hypnotist, the conniving auctioneer, the charismatic gangster – turns out the three are connected in surprising ways. Since the film's enigma lies in figuring out the exact nature of those connections, to divulge more of the plot would be to spoil the fun of the puzzle and, later, the frustration at the muddle it becomes. In each case, we're definitely kept guessing – the story draws us in even through the murk.

But the least of the movie's appeal is the hypnosis itself, the repeated sessions where Simon gets put under to retrieve his lost memories and where Boyle, trying to dramatize the trances, gets seriously stylish. He has always been fond of blending surreal fantasy with harsh fact. Sometimes they cohere beautifully (Trainspotting); other times they don't (127 Hours); here, they add up to a wealth of style that only seems to underscore the dearth of content. These trance sequences are meant to weave a potent spell, but, despite their good looks, they play like fragile bubbles, just a finger snap away from disappearing.

Much better are the actors, particularly when freed from their mental prison and let out into into the London fog. Like the puzzle plot, McAvoy has us guessing too – one moment a sensitive connoisseur, the next a gleeful nutcase. Individually, Dawson and Cassel each generate plenty of screen heat, but, together in that one bedroom scene, their chemistry is downright explosive, so much so that it seems we have strayed into a whole different movie, and dearly want to stay there.

No such luck. It's soon back to the hypnotist's couch, and to the cluttered ending where, alas, yet another movie pops up – damned if the overwrought climax isn't the stuff of a wannabe blockbuster. Then again, some will surely bark their wholehearted approval of Trance, especially since, as it takes pains to point out, "5 per cent of the population is extremely suggestible." The other 95 will just have to fake it. 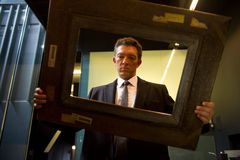 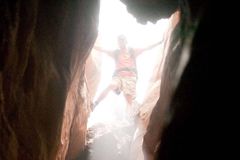 X-Men: First Class delivers the X factor
April 29, 2018
Follow us on Twitter @globearts Opens in a new window
Report an error Editorial code of conduct
Due to technical reasons, we have temporarily removed commenting from our articles. We hope to have this fixed soon. Thank you for your patience. If you are looking to give feedback on our new site, please send it along to feedback@globeandmail.com. If you want to write a letter to the editor, please forward to letters@globeandmail.com.
Comments