Nothing against Johnny Depp's brain, but if any part of him were to be uploaded into a computer for future generations to admire, his cheekbones would probably win out before the contents of his cranium. No matter – Transcendence, an ambitious if over-familiar debut film from Christopher The Dark Knight Nolan's regular cinematographer, Wally Pfister, is clearly science fiction. Depp plays a visionary scientist with the allegorical name of Will Caster, who promises his artificial intelligence research will bring about human "transcendence" from our biological straitjackets. When he faces his untimely end to his biological life, Will has just enough time to transfer his consciousness to a computer and becomes a dreamer with his head permanently in the cloud.

So, how does that work out for him? Not so well, as we learn in the movie's opening minutes. The story is narrated by yet another scientist, Max (Paul Bettany), reflecting back on the "unstoppable collision between mankind and technology," as he wanders around the post-technological Berkeley, Calif., where everyone bicycles (as they do now) but computer keyboards are now used as doorstops and once-cherished smartphones litter the gutters like pop cans.

Five years earlier, Max tells us, the future looked much shinier. We meet Will and his wife Evelyn, first seen preparing for a fundraising event for their supercomputer PINN (Physically Independent Neural Network), which looks like the usual rows of metal lockers lined with beeping lights, and speaks in a feminine monotone. (One of the disappointments of Transcendence is that everything in the future looks like movies from the early nineties.) On the same day as Will's speech, in which he promises PINN will do everything from fix the environment to cure cancer, a terrorist group, led by a hippie-punk activist named Bree (House of Cards' Kate Mara), launches a series of simultaneous Godfather-like strikes on other artificial intelligence labs around the United States.

Though Will's lab survives, he is shot with a radioactive bullet designed to ensure a lingering death by the nasty neo-Luddites. Conveniently, that leaves him just enough time to shave his head, attach some electrodes and transfer his mental data to PINN's mainframe, augmenting her big cyber-brain with a human will and, possibly, conscience. Whether this new techno-deity is a sinister or benign force constitutes the nominal tension of Transcendence, which is essentially Frankenstein meets the World Wide Web.

At first things look dire. In a couple of mouse clicks, the new virtual Will has rigged the stock market, purchased a desert town, built an underground solar-powered lab and engineered a race of network-linked hillbilly cyborgs to do his bidding. Evelyn, still grief-stricken, has become a virtual slave to the all-knowing dead husband who surveils her from flickering screens around the house and monitors her hormone levels. And that's barely scratching the surface of things, because Transcendence, written by Jack Paglen, is not so much sweeping drama as one that's exhaustingly over-plotted.

One storyline follows Morgan Freeman as Will's mentor, Professor Tagger, who first works with an FBI agent, Buchanan (Cillian Murphy) to thwart the terrorists and then focus on Will. In another story, Max (Bettany) gets kidnapped by the terrorist group, who view his anti-technology writings as their ideological foundational texts. Meanwhile, out in the desert, Will's big project involves fields of solar panels and deep underground bunkers, nano-technology machines in the water supply, re-animated bodies and holograms. All of it feels far too derivative to feel urgent.

As a cinematographer, Pfister provided Nolan's films with their dark, intense lustre, but here he delegates d.o.p. duties to Jess Hall (Hot Fuzz, Creation) for a conventionally good-looking display of sleek sci-fi monumentality. Apart from Mychael Danna's portentous orchestral and electronic score, Transcendence simply lacks oomph: Shots don't overwhelm, scenes don't pop and nothing on the screen gets under your skin.

Unlike the eighties' sci-fi films it echoes – from David Cronenberg, Paul Verhoeven, James Cameron and John Carpenter – Transcendence is just too disembodied to make the pulse quicken. It's a backhanded compliment to Depp's method acting skills that his character here is truly lifeless, all shimmering pixels and echoing vocals, devoid of mischief, humour or sex appeal. For all his big brain skills, he can't contrive even good simulation of an erotic charge with his wife, played by the regal Rebecca Hall, who is near catatonic in her state of stricken anxiety. Lost in the land of mind over matter, Transcendence is too much trance and not nearly enough dance. 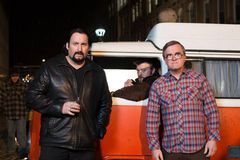 Frozen-out in the toy aisle: Why merch for Disney’s hit film is in short supply
April 17, 2014 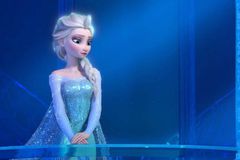 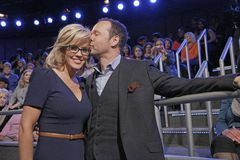