Directed and written by John Lucas and Scott Moore

Deuces are wild: two movies guilty of two classic sins and worthy of no more than two reluctantly conferred stars. Each is a paragon in its own way – 21 and Over of commercial stupidity, Stoker of artsy pretension. So the first sets the bar low and succeeds on both counts: It is undeniably stupid and will assuredly make money. The second aims much higher only to fall short as art and, probably, to barely dent the box office. Our task today is to play the lesser-of-two-evils game. Which movie, when all is badly said and unhappily done, proves the least annoying?

John Lucas and Scott Moore, the co-writers of The Hangover franchise, share the director's chair in 21 and Over and, taking full advantage of their promotion, set out to make something totally different – The Hangover Jr. Out are the drunken middle-agers, in are the drunken college students. Or, to be precise, two students and a dropout. Miller (Miles Teller), full of beans and foul of mouth, has left school for the greener pastures of a gas station. But now he's back on campus to celebrate the 21st birthday of Chang the Asian guy (Justin Chon) – the one whose strict daddy doesn't know he sucks at math, and who has a big job interview the next morning. Casey the straight arrow (Skylar Astin) is along for the ride and for the pretty girl who pops ups intermittently because that's what pretty girls do on these intoxicated sprees.

Plot? The usual: "Just one beer" escalates as a geometric progression into shots being downed, pants being dropped, leaks being taken, vomit getting hurled, sororities getting raided, bottoms getting spanked, culminating in the sight of a pair of dudes, sauntering in the wee hours across the college square, clad in nothing but a single sock worn not over its customary appendage but over the one-that-rhymes-with-sock.

This is comedy on a familiar train where every stop is reassuringly predictable. Certainty, then, is the watchword, and you can be certain of three things: There will be plenty of juvenile energy to power the vehicle; there will be a few mild chuckles en route; there will be no reason to remember the ride the instant it ends.

By contrast, low-brow gives way to up-market in Stoker, which boasts a genuine auteur in Korean director Chan-wook Park (Oldboy, Thirst), jetting in to make his Hollywood debut, and a formidable cast in emerging star Mia Wasikowska, established veteran Nicole Kidman, and recent Oscar nominee Jacki Weaver. Talent behind the camera, talent in front, and yet nothing worth watching. What happened?

Well, as the title broadly hints, we're in Bram Stoker territory here – the setting may be contemporary but everything else, from look to tone, is pure Gothic. To that end, in a mansion atop a hill, matters start with a funeral. Eighteen-year-old India (Wasikowska) has just lost her father; her mother Evelyn (Kidman) has lost her husband. Given the tension between mother and daughter, they seem never to have found each other. This frees the girl to spend abundant time alone, often in the ample gardens where, in her high-collared dresses and her severely parted hair, she poses like a piece of Victorian statuary. There, in stylish close-up, Park zooms in on a predatory spider crawling up her nubile leg.

Foreshadowing over, along comes handsome Uncle Charles (Matthew Goode) to weave his tangled web. Like those Hitchcockian uncles, this one is a charmer with a dark side, dark enough that the family cemetery is soon swollen with more corpses (say goodbye to Jacki Weaver's cameo). Of course, as in all Gothic tales, violence keeps close company with sex, and pretty soon both mom and daughter are vying for Charles's dubious attention. Naturally, India has youth on her side, not to mention a genetic inheritance that makes her a chip off the uncle's nasty block – the girl's a dab hand with a sharpened pencil or a pair of garden shears.

Meanwhile, Park is busy treating every frame like a runway model, dressing it up in self-conscious layers of cinematic haute couture. It's gorgeous to gaze upon but otherwise dessicated – listless, juiceless and ultimately pointless. For all his exemplary camera work, there's no motion, or emotion, in the picture.

So pick your poison. Will it be the comedy, lively but real stupid, or the drama, beautiful but dead static? Me, I'm going with the tequila shots and the sock condoms, and my reasoning is simply irrefutable: Better to be bored silly than bored stiff. 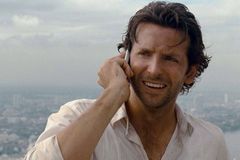 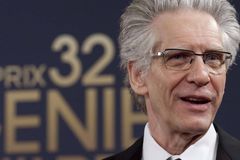 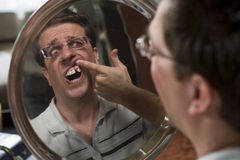