'Inspired by the extraordinary true story." Given the tagline for When the Game Stands Tall, why must an extraordinary story beget such an ordinary film? In isolation, it's too earnest a question to ask of a late-summer, big-studio, feel-good sports drama in 2014. This is no more than a popcorn flick that ticks off all the right boxes to satisfy as many as possible – and that's okay.

The larger world of sports filmmaking in 2014, however, is documentary-dominated and reaching levels of sophistication unseen just half a decade ago, when Sandra Bullock won an Oscar for the rather traditional football story The Blind Side. So as moviegoers and sports fans grow more discerning about what they consume, there should be no excuse for shoddy treatments of our beloved pastimes in the near future.

The source material for When the Game Stands Tall seems rich with detail: The movie is adapted from the 408-page book of the same name by Neil Hayes, a sportswriter who covered California's De La Salle Spartans high-school football team during their unprecedented 151-game winning streak. The 12-year ironman feat is no spoiler, as viewers are dropped into the penultimate moments of win No. 151 in December, 2003. What follows are the hardships and redemption that, in the case of this true story, comes after coach Bob Ladouceur suffers a heart attack, a graduating player is gunned down and, inevitably, losing a few games.

But whatever nuance that could be derived from the Spartans' unique emotional hurdles is rendered generic by archetypal subplots worthy of a drinking game: There's the son of the coach, who always needed a parent but instead got a coach; the hotshot receiver, who is burdened by an aggressive, obsessive football father; the underprivileged college-bound prospect who won't leave his sick mother; the lovable giant of a defensive tackle; the talented rookie in need of an attitude adjustment; even a Rudy-esque benchwarmer who punches above his weight in a pivotal moment.

Jim Caviezel, as coach Ladouceur, doesn't get much to work with, the script reducing the man to a two-dimensional motivational speaker awash in "there's no I in Team" platitudes. (One also can't help but picture Caviezel's most famous role when he recites Luke 6:38 to the team.)

Laura Dern is the highlight as the coach's wife. While Bev is no more than a supportive partner – and the only significant female character – Dern's trademark affability will have her swimming in affecting mother-figure roles for years to come.

How fascinating it would be to see the real-life coach Ladouceur and his players as interview subjects. In fact, you can. There have been two documentaries made about the Spartans: Perfect Effort (2007), an independent film, and 151: The Greatest Streak (2004), an ESPN production scripted by the sportswriter Hayes.

Are these must-watch documentaries? Judging from the grainy clips played against the credits of When the Game Stands Tall, it seems safe to say no.

But imagine a documentary about the Spartans made today. Thanks to the launch of ESPN's 30 for 30 project in 2009, scores of accomplished filmmakers have used the format – and Disney's money – to tell well-crafted stories with blockbuster production values. (The premiere episode was King's Ransom, Friday Night Lights director Peter Berg's take on Wayne Gretzky's trade from the Edmonton Oilers.)

There is undoubtedly a trove of Spartans footage still to be unearthed with a bit of effort: interviews, newscasts, game footage, team photos – when you do something as extraordinary as win 151 straight games this millennium, you don't go unnoticed.

That effort wouldn't go unnoticed, either. In the YouTube era, the modern sports fan marvels at found footage of their favourite teams. They devour multiscreen live-streams of nightly games and check social media for real-time updates from players themselves. A realistic, riveting documentary about the Spartans might not have the mass appeal of a fictional account, but it would not be as niche an affair that such a production might have been mere years earlier. The inspirational sports film is certainly not dead, as evidenced by the success of Moneyball in 2011. But that production took a Herculean writing effort from Aaron Sorkin and A-list acting from Brad Pitt to earn its Oscar nominations.

In the case of When the Game Stands Tall, telling the true story would have gone a long way to capturing what being inspired by a true story never could.

Film Review
The F Word: This rom-com tries too hard to please
August 22, 2014 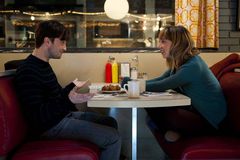 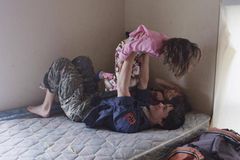 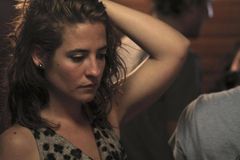