You've heard about David Fincher's Gone Girl? Get ready for Gone Mom, a possible alternative title for White Bird in a Blizzard, from director Gregg Araki. As in Gone Girl, it's the story of the sudden disappearance of a suburban wife, and a mystery that puts the idealized suburban marriage on the dissection table, with a different kind of autopsy report.

The setting of White Bird is late-eighties suburban Los Angeles (Depeche Mode music, cherry-red and lime-green colours). The subjects are a warped family triangle straight out of a John Waters movie but without the humour: passive dad Brock (Christopher Meloni of Law and Order: SVU), repressed mad-housewife mother Eve (Eva Green) and teen daughter Kat (Shailene Woodley), awakening to her urgent sexual desires. Much of the story is told in voice-over as the 17-year-old talks to her shrink (Angela Bassett).

Brock, with his sad droopy mustache, has somehow married the beautiful and electrically crazy Eve, who dresses every day as if she's going to a fifties cocktail party, and makes perfect gourmet dinners while swigging wine and talking in guttural rage. Her madness focuses on her competitive sexuality with Kat, a former chubby girl who is discovering her new sexual powers. Cue scene of Kat checking out her new breasts in the bathroom mirror, while Mom bursts in, lip curled in rage.

Things get worse when Kat starts getting it on with Phil (Shiloh Fernandez), the not-so-bright and mostly shirtless teen hunk next door, and Mom keeps finding opportunities to parade around in short skirts and slinky bathing suits before the dumb-struck boy.

All this sounds a lot more fun than it actually is. Regrettably, White Bird in a Blizzard is also serious. The central crisis in the story is the way Kat apparently fails to grieve when her mother mysteriously disappears one January morning. Instead, Kat spends her days gossiping with her two confidantes, the overweight African-American girl Beth (Gabourey Sidibe) and the gay Hispanic boy Mickey (Mark Indelicato). At night, she has dreams of herself walking in a blizzard and finding her mother, naked under a snowdrift. As another sign of her disturbed psyche, she starts feeling increasingly randy and, bored with Phil, decides to go for bigger game. She decides to seduce the scruffy macho cop with the susurrant name, Detective Scieziesciez (Thomas Jane). She visits his shabby bachelor apartment, ostensibly to discuss the case but dressed to kill. The scene is raw, sleazy and uncomfortable, but, on the positive side, one of the few scenes in the film that doesn't feel cossetted by ironic quotation marks.

Mostly, White Bird feels like a listless exercise in parodying something not quite worth parodying. The only pressing question is why these creepy people are behaving this way. The answer comes less in the film than in its source material. Laura Kasischke's poetically infused 1999 novel of teen-girl sexuality is steeped in images of morbid eroticism ("I could see something small and blond-furred that had been run over in the road. It made a red sash of blood in the snow between two tire tracks"). The novel is one long Electra-complex reverie in a mossy nutshell: Girl wants her mother to disappear so she can seduce the father figure. While Araki's script derives from the material, his approach – a pastiche of melodrama, angsty coming-of-age movie and curtain-billowing mystery – is such a tonal jumble that it obscures the central design.

At the extreme, we have Green's performance, which is the stuff of Mommie Dearest risibility. Meloni's Dad remains dimly one-dimensional (not much helped by the telegraphed "surprise" ending, and then a second surprise provided by Araki). The dramatic heavy lifting is left to Woodley, Hollywood's favourite post-Jennifer Lawrence emerging teen drama queen (The Fault in Our Stars, Divergent, The Spectacular Now). Woodley's role is demanding, not just because of the well-publicized nudity the part requires, but because the character of Kat is intended, like the surviving girl in a horror movie, to serve as the emotionally grounded centre to this fantasy. In individual mundane scenes, Woodley shows typical sensitivity, but she can't deliver insight into a character that the script treats as a cipher. 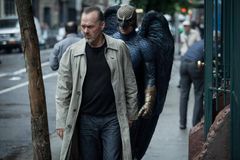 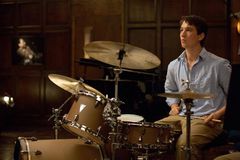 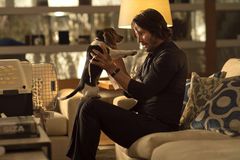 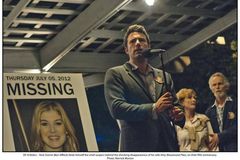