Winnie begins as hagiography and ends in hellish confusion. The subject is the mercurial figure of Winnie Mandela who, through the duration and aftermath of her husband's struggle to free South Africa from the evils of apartheid, morphed from loyal spouse to rankled ex-wife, with stops en route to parry her own legal charges of murder and fraud. As for the film's stance on these and other controversies, its choice of subtitle – The Epic Untold Love Story – leaves scant doubt that the soap is awfully soft here. Factor in the choice of star – Jennifer Hudson – and scant dwindles to less than zero.

First, then, the hagiography. Born the sixth daughter of a rural teacher, she is anointed with "a godly name" and spends the early frames getting fitted for her halo – a natural scholar, an energetic tomboy, a budding feminist questioning tribal traditions. Higher education takes her to the urban chaos of Johannesburg, where Saint Winnie (in Hudson's hands now) suddenly seems rather prim and demure, although still sufficiently selfless to turn down a lucrative American scholarship: "I'm needed here."

Toiling as an altruistic social worker, she catches the eye of Nelson (Terrence Howard) who, between inspiring political speeches, finds time to launch The Epic Untold Love Story. Spoiler alert: First date leads to first kiss which leads to happy wedding day. And not so happy wedding night: Colonel de Vries (Elias Koteas as the brute face of apartheid) invades the marital home to ratchet up his campaign of harassment, culminating in Nelson's 1963 trial, life sentence and incarceration in that iconic cell on Robben Island.

Since prison visits are rare and letters heavily censored, this does put a crimp in the love story. Happily, the saint saga continues and martyrdom beckons when Winnie too is "detained" for nearly two years in a solitary cell, where she displays genuine heroism indeed, resisting the harsh pressure to denounce her husband's cause. This should be Hudson's green light to up the poignancy levels. Instead, perhaps distracted by her here-and-gone attempts to maintain the indigenous accent, she settles for a bruised face and a vacant stare – the one borrowed from the makeup department, the other all her own.

Upon her release, she's radicalized by the experience ("The time for peaceful protest is over"), leaving director Darrell Roodt to start that downshift from hagiography into confusion. Fast-forward to 1985, when Winnie (less saintly now but miraculously unaged) has surrounded herself with the "security detail" fondly known as the Mandela United Football Club. At this point, the script completely loses its compass. Although a few allusions are made to the black-on-black violence in Soweto, the rival political groups remain fuzzy and undefined. Winnie is occasionally shown clutching a glass of booze, but any more damning behaviour – from her sexual escapades among the footballers to her apparent sanctioning of a child's kidnapping and murder – occurs off camera, allowed to hide behind the curtain of mere "allegations."

Even Nelson, finally freed and poised to take office, is heard from only at his most political. His public statements about his estranged wife are recycled as gospel: "I owe [her] a debt of gratitude that I may never be able to pay;" "I do not part from her with recrimination." Oh, there are definitely epic untold stories in Winnie – but untold they epically stay.

Director Darrell Roodt on how 'Winnie' got a makeover
October 4, 2012 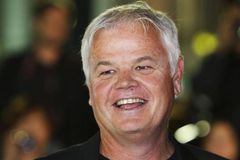