When the first Zoolander came out in 2001, the world was a different place. Terrorists had just 17 days earlier crashed two planes into the World Trade Center – so it didn't seem like the best time for America to embrace a farcical look at the fashion industry.

Delivering perhaps the one comment he would ever make that the whole nation could agree with, director Oliver Stone said at the time, "I don't buy into this concept that all people want to see right now is [comedies like] Zoolander." (The director would continue his obsession with Zoolander by including a billboard of it in his 2006 drama World Trade Center – a shadow of one of the planes shrouds star Ben Stiller's pucker-up mug in the film's opening minutes.)

Yet despite its terrible timing – and middling take at the box office – Zoolander didn't disappear. Over 15 long years, the comedy landscape began to shift, with audiences moving away from the shock-value slapstick of There's Something About Mary and Meet the Parents to the non-sequitur absurdism of Anchorman and quotable improvisation of Judd Apatow. Zoolander, with its faux-dumb sensibilities and bizarre cameos, eventually took its rightful place as a cornerstone of this new era. Soon, quotes like "What is this? A centre for ants?" and "Listen to your friend Billy Zane" became part of the comedy vernacular. Zoolander was a classic – a really, really, ridiculously good-looking one at that.

A sequel, however, never seemed necessary. But matters of necessity are not really where Hollywood's interests lay. Or Stiller's – just witness his overextended Fockers series of films (or his overextended Night at the Museum series, or his overextended Madagascar series, etc.). But if it must be done, you would think that 15 years (15!) would give Stiller and his creative team of three other writers (three!) enough breathing room to develop a worthy follow-up.

As it turns out, they must have been otherwise occupied, because Zoolander 2 feels like a hasty collection of last-minute comedy panic attacks.

The plot, for starters, is a maze of needless twists, each more tedious than the last. After sequestering himself from the fashion world due to a horrible accident, Stiller's idiot hero Derek Zoolander is roped back into the runway game.

Somehow, his old frenemy Hansel (Owen Wilson, eager but in that laconic Owen Wilson way) is also along for the ride, as is newcomer Valentina (Penelope Cruz – wasted), an ex-model turned Interpol agent.

I'd try to break down the rest of the conspiracy-heavy story, but I'd need a flow chart, a bottle of something strong and probably a few Oliver Stone films to make sense of it all.

Also, for a film ostensibly concerned with the world of design, Zoolander 2 is brutally shot. Ninety per cent of the film takes place at night, and Stiller – who also directs, as he did for the first film – seems to have lost any eye for composing or lighting a scene.

One sauna sequence features cameos by Ariana Grande and Christina Hendricks – but I only found that out after reading a tweet afterward, so muddy is the camerawork that even the world's most beautiful people get lost in the mess.

And yet, the most frustrating thing about the film is that there are tiny moments of inspired lunacy throughout.

Fred Armisen, for instance, shows up as a creepily CGI-rendered 11-year-old publicist. A literal fashion jail is home to the creator of the Member's Only jacket (played by a frothing-at-the-mouth John Malkovich). And Saturday Night Live's Kyle Mooney offers up a legitimately hilarious turn as an apathetic designer straight out of VICE central casting.

Yet for every good idea, there are two dozen bad ones, and even more cringeworthy cameos (why, Susan Sarandon, why?).

As Derek himself might say, Zoolander 2 is not so hot right now.

Film Review
Expecting Deadpool to be your typical superhero? Good luck with that
February 10, 2016 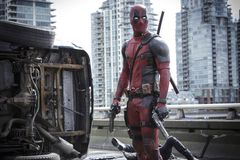 Film Review
Hail, Caesar: Coen brothers have a point to make, but fail in their purpose
February 5, 2016 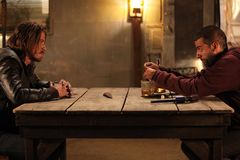