On a windy afternoon during the Toronto International Film Festival last month, Avi Lewis is discussing his new documentary This Changes Everything, a companion project to his partner Naomi Klein's ambitious 2014 book of the same name. Klein and Lewis are on a condo balcony talking climate change, and the resistance of some people to heat up to the notion that the world's fossil-fuel fascination is a key element in global warming. "Before making this film, I was in a form of soft denial," says Lewis, former host of the CBC current-affairs program On the Map. "I gave myself permission not to read stories on global warming, because it was terrifying to look at it."

Lewis found that the majority of people he spoke to on the subject were in the same place. They knew it was happening, but because they didn't know what to do with with the alarming information, they looked away. "But," Lewis explains, "the process of avoiding something we know is happening is in itself painful. It is, in itself, exhausting."

In that way, it is not unlike the game-changing development that faces a father when he is confronted with the unthinkable: That his teenage daughter is becoming sexually curious with boys for the first time. The situation, like dangerous changes in the world's climate patterns, has implications that are catastrophic. And so his daughter and her pimply, squeaky-voiced boyfriend are petting on the living room couch – what does a dad do? He pretends he doesn't see it, goes to the kitchen to fix a sandwich and heads down to the basement to watch the ball game.

He doesn't want to know about it.

But then he talks to his wife, or maybe a buddy of his in the same stage of parental life. By addressing the situation with others, there's a sense of relief. Lewis hopes his documentary opens up that dialogue, thus encouraging action. "That's the premise of the film," he says. "When people find ways to engage instead of looking away, it's a sense of cosmic relief, even though we're actually seeing what our culture, economy and our society is doing to the life-support system of life on Earth."

If the first step in fixing a problem is acknowledging that there is one, perhaps the second step is admitting that you might be a part of the problem. For example, people like to complain about vehicular congestion, perhaps saying they were late for an engagement because they were stuck in traffic. Well, you're not in traffic – you are traffic. And so, when you watch Lewis's film or read Klein's book, it's hard not ask yourself if you're part of reason for the coming end of the world.

"You are," says Klein, who in addition to penning This Changes Everything wrote 2007's The Shock Doctrine: The Rise of Disaster Capitalism, the basis of a 2009 documentary of the same name directed by Michael Winterbottom. "But you're not as responsible as Exxon."

Filmed in nine countries and five continents over four years, Lewis's moving documentary threads observational, character-driven stories with Klein's analysis and suggestion (that confronting the climate crisis with grassroots renewable-energy solutions could trigger a transformation of the world's shortsighted economic system into something better). "We get to meet people and connect with them and feel something," Lewis says. "The film is my attempt to see the issues at play in people's real lives."

The people include Crystal, a young indigenous leader in the tar sands country of Alberta. And Mike and Alexis, a Montana goat-ranching couple who see their land coated in oil from a broken pipeline. They react affectingly and tearfully, nothing like the elation of the Texas-tea discovering Clampett family of television's The Beverly Hillbillies.

The personal despair and frustration is more than counterbalanced with the collective optimism of social movements in such places as India and Greece. There's no denying that it is in human nature to be greedy and selfish to some degree, but the film aims to show there are humans who are capable of empathy and thinking seven generations into the future. "Books don't change the world, and films don't change the world," Klein says. "It's movements that do."

Will the changes happen? We'll find out, but the work of Klein and Lewis suggests a possible path. And with the realization that a solution is possible, well, that changes everything.

A Syrian Love Story: Doc on a quieter piece of the refugee experience
October 4, 2015 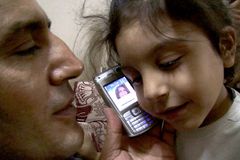 Film Review
The Story of the National Lampoon: Doc on the short-lived American humour magazine
October 2, 2015 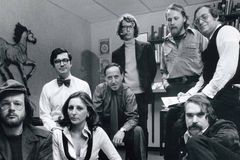 Moore’s doc Where to Invade Next bought by not-yet-named company
October 1, 2015 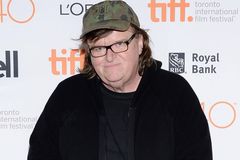