Unless you are an historian of agriculture, there's a good chance you won't know the name David Fairchild. You should.

An American agronomist, Fairchild became a veritable Noah's ark for tropical fruit. Between the late 19th and early 20th century, he introduced thousands of food crops and plants into North America, including mangoes, nectarines, dates and cherries. Fairchild's messianic quest is among the many juicy tales told in Yung Chang's succulent new feature-length documentary, The Fruit Hunters.

Chang, a Chinese-Canadian born and raised in Whitby, Ont., area, is best known for his Genie award-winning film, Up the Yangtze, one of 2008's top-grossing documentaries. This is another marathon journey, one that took him around the world following an eccentric cast of fruit-obsessed characters. Perhaps inevitably, he became one himself. Indeed, if he hadn't run out of money – the film's budget was about $1-million – he might be still be roaming the jungles of southeast Asia in search of a rare durian or a novel variety of mango (there are – who knew? – more than 600 extant).

"If I could have kept going, I would have," Chang, 35, acknowledged in an interview. "The producers had to put a stop to my obsession to find something new."

Based on his Montreal friend Adam Gollner's 2008 book of the same name, Chang's film tracks a disparate fructus personae. These include actor Bill Pullman, whose Hollywood Hills backyard boasts a fecund orchard with more than 100 fruiting plants; Juan Fernando Aguilar, a Honduran breeder trying to find a replacement for the Cavendish banana, a disease-susceptible monoculture on which the $4-billion a year export industry depends; and fruit detective Isabella Dalla Ragione, whose Umbrian Orchard of Forgotten Fruit harbours varieties discovered by analyzing Renaissance-era paintings.

For Chang, the fruit hunters are not merely members of an idiosyncratic, juice-stained fringe cult. In an age that has largely severed its connection to nature, they are, he says, "canaries in the coal mine," reminding us of what could be lost.

From the iconic apple of Eden to the modern day, the story of humankind, he notes, is deeply interwoven with the story of fruit. In some measure, then, his film is an attempt not only to celebrate the joy and fecundity of fruit, but to underscore its importance. "Fruit isn't just an object that sustains us," he maintains. "Around it lie culture and history and memory."

Chang shared some of his newly found enthusiasm during a recent trip to an exotic fruit store in Toronto's Kensington Market. "This is something very new," he says, seizing a yellow, miniature version of the dragon fruit.

"It's sweeter than the conventional dragon fruit. It's a beautiful shape, so seductive and alluring. I think that's the purpose of fruit – they're designed to make us want to eat them."

His current preoccupation, he says, is the mangosteen, a hard-shelled Indonesian plant that contains cloves of sweet pulpy fruit. In fact, its outer shell displays raised ridges that tell you exactly how many cloves are inside. "I learned that from the fruit hunters."

The son of Chinese immigrants, Chang credits his doctor father, a general practitioner, with catalyzing his interest in cinema. "He did not know that he was cultivating a cinephile, but he'd rent silent Super 8s from the library and project them in our basement." Among them was Frankenstein Meets the Wolf Man, a 1943 horror film with Lon Chaney, Jr. and Bela Lugosi. "Believe me, it was a revelation when we got our first hulking VHS player."

By the time he reached high school, Chang was already making documentaries ("badly," he contends), and having his horizons broadened by viewing the work of experimental video artists such as General Idea and Michael Snow. After graduating from Concordia University in Montreal with a degree in film studies, Chang shot a series of short videos. Then, backed by his former Concordia professor Daniel Cross's Eyesteel Films and the National Film Board, he made the leap to full-length feature with Up the Yangtze, which Globe and Mail critic Liam Lacey called "as gripping as an epic novel."

Chang followed Yangtze with China Heavyweight, a documentary about aspiring boxers in central China. Like its predecessor, it had a sharp social subtext – the societal costs incurred as China's industrial juggernaut rolls on.

Chang says his filmmaking is driven in part by his own sense of dislocation – at once thoroughly Canadianized and yet distinctly and proudly Chinese, a tension further tightened by living as an anglophone in Montreal. "There's a certain uprootedness," he admits. "I don't think I've come to any hard conclusions about it, but in Canada, unlike the United States or China, our identities are defined by our uniqueness, like varieties of fruit. And this sense of not really belonging anywhere drives my passion … trying to find people more rooted in their cultures."

His fascination with the modern Middle Kingdom will continue with his next film, Eggplant (the equivalent of "say cheese" in Mandarin), a dramatic feature about a Taiwanese wedding photographer that he will direct from his own script. He hopes to follow the Mike Leigh school of feature filmmaking, working with non-professional actors or those willing to immerse themselves in the process.

In making the transition to features, Chang is not, he insists, abandoning the documentary form. "I don't think I can leave the documentary realm," he says, inhaling the aroma of a giant jack fruit. "Docs keep us on our toes. It's more than improvisation. It's all about capturing and interpreting reality, which is how I define filmmaking."

Sparring with the director of China Heavyweight
May 10, 2012 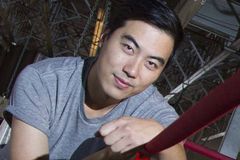 China Heavyweight: A Rocky road to redemption
May 11, 2012 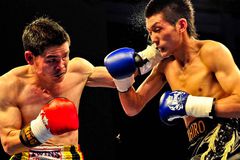 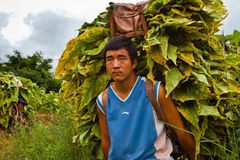