If there is one thing uniting Canada's current crop of emerging filmmakers, it is certainly not style. Aesthetically speaking, the work of someone like director Kazik Radwanski is as far removed from the output of Ashley McKenzie as Quentin Tarantino is from Steven Spielberg. Instead, the unifying thread might simply be community. As in, these young, hungry directors are constantly working together to create a stronger, more challenging national cinema.

At least that's how Rebeccah Love sees it. "Focus on community above all things," says the 27-year-old director. "Creating a community that cares about your work is more important than submitting to festivals halfway across the continent. Get out there in the world and talk to people."

To that end, this week's premiere of Love's new short film Acres is a community effort. The screening, held Wednesday at Toronto's Carlton Cinema, will be introduced by director Matt Johnson (Operation Avalanche), fresh off helping reshape Telefilm's financing model for first-time filmmakers, and include a showing of Scaffold, the latest short from Radwanski, who also makes a cameo in Acres.

"There is something amazing happening right now in the independent filmmaking community in Canada," Love says. "It seems that in the last five, 10 years, there has been a cosmic shift. Kazik's powerfully subtle portraits, Matt's wild imagination, Daniel Warth's wit and sense of humour. …There's a generosity of spirit, an appreciation for collaboration, for helping others."

To mark Acres' celebration of that collaborative independent filmmaking spirit, Love spoke with The Globe and Mail about finding inspiration in illness, the challenges of financing and the current moment in Canadian indie film.

Acres was shot on your grandparents' farm near Smiths Falls, Ont. Did you spend much time there while growing up?

I spent much of my childhood there. My brother and I would spend hours catching frogs, playing baseball, wandering through the woods, flying kites. It wasn't until I grew older that I began to understand the weightiness of the place. My grandparents grew old together there. While waiting for grandchildren, they raised cows, poured everything into their vegetable garden. I wanted to film Acres there as a gift to my grandparents. My grandfather died halfway through post-production, but his love for the land and for my grandmother live on in the spirit of the film.

And that spirit is this love story between the city-bound Harriet (Sarah Swire) and farmer Yannick (Edmund Stapleton). You've said you wrote this romance while battling a bad bout of pneumonia, and that it helped to turn to stories of uplift and healing …

As a result of my chronic illnesses, I have spent an inordinate number of days in bed, often in pain, often struggling with despair. On these days, daydream becomes the only avenue of escape. What I've learned from my illnesses is that I'm constantly in flux, alternating between places of difficulty and places of joy. Recognizing that these two states of being are cyclical is essential to my practice. The hope of resolution in both the story and my own health matters carried me through.

You turned to crowdfunding to finance the film. How much of a challenge is to make a short, let alone a feature, in the Canadian landscape today?

Acres cost approximately $12,000. While working on it, I was a student at the University of Guelph's Creative Writing MFA, so I was ineligible for many grants. I turned to Indiegogo, but was also sponsored by a few businesses in my community. I'm acutely aware of the difficulties facing emerging filmmakers when it comes to funding projects; the financial aspect is always my biggest hurdle to overcome.

I love Kazik's cameo here, and that got me thinking about how critical it is to have a tight filmmaking community in Canada.

Within the past two years, Matt [Johnson], Kazik [Radwanski] and Daniel [Warth] have each offered to help me in my own projects. Every month, new success stories pop up on my news feed, too. I'm just lucky to be involved in the movement at this particular moment in time, in this particular city.

What are you hoping to tackle next?

I shot a currently untitled short film dealing with mental health in September with our leading actress from Acres, Sarah Swire. I'll be entering post-production on that this month. But I'm putting a lot of thought into feature-length filmmaking. We'll see what happens next.

If Acres could help convince somebody that our team is super qualified to film a feature, well, hey, that would be nice!

Acres premieres Jan. 10 at the Carlton Cinema in Toronto. 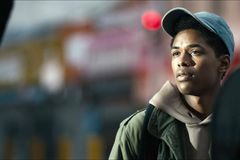 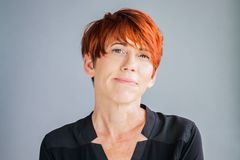 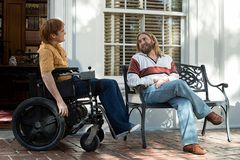