Carey Mulligan knows a lot about how to grab an audience, and one of the things she really knows is how to be still. She has a deep, melodious voice, huge eyes, delicate features and an almost-palpable intelligence, so chances are, in whatever she's appearing, you're watching her pretty closely already. But there are moments when she just … pauses. And suddenly, it's like she's her own special effect, her own hand-done slo-mo, with a key light shining on her alone.

Since she first hit screens, as Keira Knightley's sister in 2005's Pride & Prejudice, Mulligan, 27, has leaped from success to success without a misstep. She earned a best actress BAFTA (and an Oscar nod) for An Education, enchanted her Broadway co-stars Kristin Scott Thomas and Peter Sarsgaard in The Seagull, tamed Ryan Gosling in Drive and Michael Fassbender in Shame, and will appear this year opposite Justin Timberlake in the Coen Bros.' hotly anticipated Inside Llewyn Davis. Last April, she married a Mumford, Marcus (his father, a vicar, officiated); they live in London. And right now, of course, she's everywhere, as the iconic Daisy Buchanan in Baz Luhrmann's frenetic The Great Gatsby. As usual, she's the shimmering, still centre you can't tear your eyes from. I talked to her from that set.

So much fun! He's the nicest man, really, he's got more energy than anyone I've ever met in my whole life. I don't know where it comes from. And he's so kind. His imagination is so vast. It's lovely. We filmed a lot of it in Sydney, and a lot of us had come over from America or England, and he made it the most comfortable place. He took such good care of us at work, and he's so collaborative. Everyone's allowed to have ideas. It's such a grand scale, and the production is so intricate, the design is so beautiful and grand. Doing a period film, the design is so important, and it really informs everything that you do in your character. Being clothed in amazing 1920s clothing, or walking into these sets. It was incredible.

Your character, Daisy, is a complicated woman.

That's so terrifying. For a long time, I didn't know what "my Daisy" was. I literally went day to day not having a clue what I was doing. I would make a decision, and then the next day revoke my decision, and then the day after that reinstate it. My broadest description of her is that she's in a film of her own life. And from there, I could defend her for days from accusations made about her. I think that's important, not villainizing or victimizing her. I had the best guidance in Baz. As an actor's director, he's really wonderful. He sat with me for hours, going through every idea that I had, whether it's completely inane or genuinely all right. I've never seen the Mia Farrow version, so I couldn't copy her if I tried. I actively avoided it.

Are you in the movie of your own life?

I feel very fortunate. Luckier than I imaged I'd be. I love working. I'm happy I'm working. I never hoped for much more than being a working actress, which in itself is kind of a really lucky situation to be in. From my first job, even playing supporting roles, I was always surrounded by British greats, and I took my drama lessons from them. My first job was Pride & Prejudice, and I did nothing in that film but giggle and mess around in the background, but I watched Judi Dench and Brenda Blethyn and Donald Sutherland, Tom Hollander, all these incredible actors doing their thing. And Gatsby was like a master class. I got to work with Leonardo DiCaprio, one of the best actors on the planet. I can't quite process my luck.

Have you experienced any negative effects of fame?

The craziness thing, I don't know, I think that comes with recognition. But I don't get recognized in the street, I don't get people sitting outside my house. I can very much do my job, then put on a pair of high heels and some makeup and go walk a red carpet – in terror. That feels like another side of my job. And then that's done, and it all feels normal again. It's very surreal to have the opportunities that I have, but beyond that, everything feels pretty much the same as it did eight years ago.

Your father was a hotel manager, so you grew up in hotels, right?

Yes. I do feel very comfortable in hotels, as though I could walk around in my pyjamas downstairs. I don't know if they would like that.

Did it feel magical as a kid?

No, it felt like there was no other way to live. I remember the first time we moved into a normal house, I couldn't understand a key and a lock. I thought you were meant to open doors with slidey cards. Houses were strange and magical to me.

What's your idea of a perfect day?

I always feel rewarded by being able to sit, and not get showered and dressed. That's my dream day, when I've finished a job, and I feel I can come back to my parents' house and sit in my pyjamas on the sofa and watch daytime television, and not feel I have to get up and have a shower all day, then go back to bed again in the evening. That's ultimate bliss relaxation. I guess the rest of the time, I like being outdoors. I'm not crazy adventurous. I lean toward nature when I can. Home is London. I hope to stay here.

I've had the most amazing run, really. It's all pinch-me. I can't believe I'm working with Baz Luhrmann, and I've worked with Steve McQueen and Nicolas Winding Refyn, and the Coen brothers and Spike Jonze. Each one, on his own, is unbelievable. And put together, I feel I've won the lottery.

Great Gatsby is anything but great? Sorry, but them’s fightin’ words
May 11, 2018 Why F. Scott Fitzgerald’s Great Gatsby is anything but great
May 11, 2018 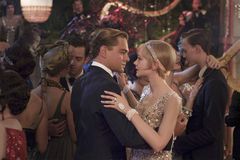 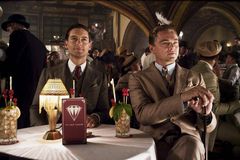 Film Review
The Great Gatsby: A great adaptation of a great novel (and just shy of a great film)
May 11, 2018 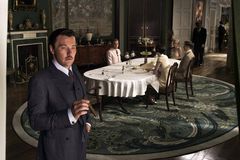