Netflix is killing cinema. No, wait, Netflix is saving cinema. Depending on the last time you've been inside a multiplex, either reality might be true.

Just a few days ago, Netflix announced a bombshell: It would fund the completion of Orson Welles's final film, The Other Side of the Wind. The Hollywood satire was originally shot in the seventies by Welles, who spent the rest of his life tinkering with it, leaving behind 1,083 reels of unedited footage when he died in 1985. The project is one of cinema's great mysteries, a just-out-of-reach maybe-masterpiece that's been wrapped up in various legal battles for decades. For the longest time, it seemed that Welles's final gift to audiences would merely gather dust in a warehouse outside of Paris.

The revelation follows news three weeks ago that Netflix saved Martin Scorsese's The Irishman from becoming a casualty in an unresolved power struggle at the film's original studio, Paramount. The $100-million-plus gangster epic, Scorsese's ninth collaboration with leading man Robert De Niro, will be one of the director's most ambitious efforts yet, employing state-of-the-art special effects to make De Niro appear decades younger for flashback scenes. Add the fact that the film is set to co-star Al Pacino, Harvey Keitel and Joe Pesci, and The Irishman becomes an unmissable opportunity – how detestable would it have been if the movie just fell apart because of internecine executive wars, becoming another tantalizing "what if?" industry daydream?

By saving both Wells and Scorsese, Netflix gains the instant sheen of becoming cinema's great saviour. If the Big Six studios – Paramount, Fox, Sony, Disney, Warner Bros. and Universal – are too busy plowing resources into reviving brain-dead intellectual property to care about the medium's great artists, then, sure, Netflix will step in to show Hollywood how it's done.

It's all wonderful news for even the most casual of film fans – until you consider the other half of the Netflix bargain. Which is that the company is only interested in shelling out all this cash so it can boost its membership base, already a massive 93 million subscribers in 190 countries. And to do so, the company will stream The Other Side of the Wind and The Irishman via your home television, phone, tablet – anything other than an actual theatre screen.

As Netflix insists theatres play its original films the same day they become available to stream – what's called "day and date" releasing – it has encountered staunch resistance from major theatrical exhibitors, who naturally see the strategy as cannibalizing their own business. Why pay for a babysitter, parking, marked-up popcorn and, finally, a theatre ticket if the same product can be viewed in the comfort of your own home, at your leisure, for the cost of a $10-monthly membership fee?

For a good chunk of global audiences – 93 million or so – the theatrical experience is mostly dead. But that doesn't mean its greatest artists need to forgo it as well.

There is little question that a world with a new Scorsese or Welles film is a richer one, but there is something undeniably dispiriting, too, about the fact that neither will be available on the big screen, at least not in wide release. (It remains to be seen whether independent theatre chains will partner with Netflix for limited releases of either film, as they did when the company produced films such as Beasts of No Nation and 13th – prestige pictures that needed theatrical exhibition to be eligible for Academy Awards consideration. There's little doubt Netflix will want The Irishman in the Oscar mix, making at least a scant theatrical distribution a certainty.)

Welles could have hardly foreseen the current streaming reality when he was working on The Other Side of the Wind, and there is zero doubt that he intended the film to be either seen on the big screen, or nowhere at all (perhaps the latter, given his lack of progress on it).

Even Scorsese, well aware of the reality he was signing on for with The Irishman, recently bemoaned the streaming experience. "Now you can see a film on an iPad," the director said at a British Film Institute event in London last month, after his Netflix deal had gone through. "You might be able to push it closer to your [face] in your bedroom, just lock the door and look at it if you can, but I do find just glimpsing stuff here or there, even watching a film at home on a big-screen TV, there is still stuff around the room. There's a phone that rings. People go by. It is not the best way."

But it might be the only way, at least for filmmakers operating outside of the studio tent-pole business. Which, unfortunately, is where Scorsese now finds himself.

At least he's not alone. In addition to the huge Welles and Scorsese deals, Netflix has been quietly building its original film roster with a host of less-established, though highly intriguing, artists: Macon Blair, whose dark comedy I Don't Feel at Home in This World Anymore is currently available to stream, after taking home the top prize at Sundance; Jeremy Saulnier's Alaskan thriller Hold the Dark, shooting in Alberta now; South Korean auteur Bong Joon-ho's sci-fi fantasy Okja, coming to the service in June; Dee Rees's period drama Mudbound, another Oscar contender; and more documentaries than anyone can reasonably keep track of. (Oh, and Adam Sandler.)

More notably, though, Netflix just signed Scott Stuber, former vice-chairman of worldwide production at Universal, to lead its feature-film ventures. It all points to a future in which Netflix hopes to be as respected as the Big Six themselves, if not eliminate them entirely.

But make no mistake – this is a company whose priority is streaming. The theatrical experience doesn't seem to matter: It's an annoyance at best, an enemy at worst. For film fans who believe that the medium's greatest artists – today Scorsese, but perhaps Spielberg, Cameron or Scott any day now, too – deserve as big a canvas as possible, it's a grim future that's rapidly becoming a present-day reality.

The movie industry in Vancouver is booming once again, thanks to Netflix
June 5, 2017
Amazon makes play for film industry dominance with Manchester By the Sea
November 12, 2017 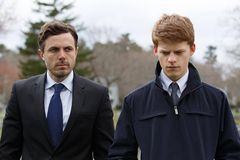 How can direct-to-video films stand out among blockbusters and award bait?
May 17, 2018 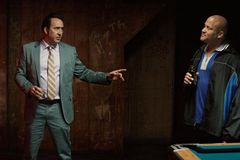