Two stuffed Olafs sat in the Toronto hotel suite when I interviewed Josh Gad recently. One was on the sofa beside him, directly in my eyeline, and the other was on the chair next to mine, directly in his. It was a double reminder (as if either of us needed one) that Disney is banking on Olaf – the chatty little snowman voiced by Gad in its latest animated feature, the glistening, 3-D Frozen – to be its next big sidekick, one of those beloved characters who roam its theme parks, and whose merchandise keeps cash registers ringing.

Already, prospects are looking as bright as sunlight on a snowbank. In its first five days of release last weekend, over American Thanksgiving, Frozen – which is loosely based on the Hans Christian Andersen fairy tale The Snow Queen – took in a near-record $93-million (U.S.) and scored an A-plus from ticket buyers in exit polls. More important, 43 per cent of the audience was male. That's music to the Mouse House's ears, since Frozen is considered a princess movie, a genre that hasn't always attracted boys. Much of that success is attributable to Olaf: Though Frozen's two leads are royal sisters voiced by Kristen Bell and Idina Menzel, the snowman gets the majority of wisecracks and sight gags. And the stuffed version should look mighty cuddly sticking out of a Christmas stocking.

Gad, 32, has already had a smash hit on Broadway as one of the leads in The Book of Mormon (he was nominated for a Tony), and scored lesser hits on TV and in film. (He co-created and starred in the White House sitcom 1600 Penn, and played Steve Wozniak in Jobs.) But as a self-professed "Disney freak" who grew up in Hollywood, Fla., and spent a lot of time in Disney parks as a kid, the significance of embodying a could-be-classic sidekick is "enormous," Gad says: "I grew up during the second golden age of Disney animation, when every movie that came out was an event – The Little Mermaid, Beauty and the Beast, Aladdin, The Lion King. For me to now play one of those sidekicks, which are the characters that resonated the most for me, that I left the theatre talking about and quoting, I did not take that lightly. That responsibility of being as significant to the kids who watch this movie as the Genie [from Aladdin] was to me, or Timon and Pumbaa [The Lion King], or Sebastian [The Little Mermaid], I took that seriously.

"Also, the idea of being a character who exists in the parks is so unbelievably cool to me," he continues, "especially now that my two-year-old daughter can experience that." (Gad and his wife of five years, the actress Ida Darvish, are expecting another daughter in February.)

Olaf's persona, with its stream-of-consciousness patter delivered in a little-boy voice, is both cheeky and innocent, half endearing and half exasperating. Gad has made a career of walking that line: He's created a host of man-children who smile at you beguilingly while the chaos they created rages behind their backs. They're equal parts sweet and needy, with no concept of personal space.

"It's so fun to play a character with no boundaries, who is not aware of social skills," says Gad, who in person is polite and well-spoken, sitting up straight and making constant eye contact. "I know people like that in my own life, and I find them so amusing. They remind me of kids who don't get what the rules are. I think people take themselves too seriously. Sometimes it's good to have an off button, but I love a character who goes against that."

To bring that quality to Olaf, Gad would start with the dialogue written by screenwriter and co-director Jennifer Lee, then riff like hell. "That's how you achieve the effect of a character who has no filter, where every thought that comes in goes out," Gad says. "As I performer I, too, needed not to have a filter. I couldn't believe a lot of my lines made the final cut, because I thought I'd ruined them by laughing at my own stupid jokes."

As successful as he's been portraying man-children, however, Gad says he's "ready to retire" that persona and explore darker zones. He's set to play the gonzo comedian Sam Kinison in a new biopic, and has a co-starring role in Zach Braff's upcoming Wish I Was Here. He's writing screenplays, including Triplets, a sequel to 1988's Twins, which starred Arnold Schwarzenegger and Danny DeVito as genetically engineered siblings. And whenever Gad's mood and schedule permit, he also writes a humour-laced opinion column in USA Today, where his topics have ranged from trivial (Game of Thrones's Red Wedding) to personal (chastising Twitter haters) to political (calling out U.S. Supreme Court justice Antonin Scalia on his homophobia).

"I'm interested in exploring new dimensions," Gad says. "It's easy to get typecast in Hollywood, and much harder to redefine yourself. I'm in that phase of redefining what I want to do." Asked how one does that, he offers, "You don't have to say no to the kinds of roles you've become known for, but you fill in the blanks around them. You continue to sell what people know you for, while adding other things."

Gad felt the lure of comedy early, at age 4, when, on a family trip to the Catskills, he saw a Borscht Belt comedian perform (he can't recall who). "I was laughing harder than anybody else in the audience, even though I had no clue what the punchlines were about," he says. He performed in children's theatre, then earned his BFA in drama at Carnegie Mellon. In 2006 he landed his "big break," a role in The 25th Annual Putnam County Spelling Bee on Broadway.

"I think we're in an extraordinary era, in terms of all the forms comedy is inhabiting," Gad says. "You have the Judd Apatow world, the Will Ferrell world, the Louis C.K.'s and Ricky Gervais's. All are funny for different reasons, whether it's the absurdity of Arrested Development or the groundedness of Parks and Recreation." Gad's idol, however, remains Charlie Chaplin, and he calls physical comedy "the greatest form" of comedy. "It's universal; it requires no language, there are no barriers," he says. "No matter where you are in the world you can laugh at it."

I sense what's coming next, and sure enough, Gad delivers: "That's what's so great about Olaf," he says, getting in one last plug before the bell. And why not? He's been handed the (snow)ball by Team Disney. He'd be a fool not to run with it.

Editor's note: An earlier version of this story said Mr. Gad earned an MFA from Carnegie Mellon. In fact, it was a BFA. This online version has been corrected. 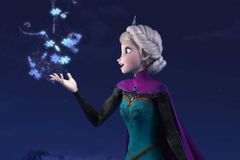 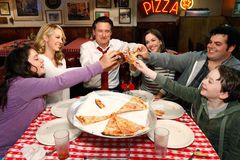