Maybe he doesn't like to talk about it. Maybe he mistrusted my intentions. But when I interviewed Willem Dafoe by phone this week, he had a lot less to say about the late Philip Seymour Hoffman, with whom he locks horns in the new political thriller A Most Wanted Man, than I thought he might.

The two have had similar careers. In film, they used their unconventional looks to their advantage, alternating steady character parts with the occasional leading role. On stage, they worked with companies they co-founded (Dafoe stayed in his, The Wooster Group, for more than 20 years), presenting challenging pieces. They vibrate with the same intensity on screen and share a deep commitment to their characters. They even lived in the same neighbourhood in New York. But – incredibly to me – A Most Wanted Man is the first time the two had worked together. So I imagined they'd had a lot to talk about. "Not really," Dafoe says. "I'd seen Philip perform over the years; he'd seen me. But it's strange, I didn't know him personally. He was sweet with me, easy to work with. He was a pro; he'd been around the block. But we didn't share reflections."

"We had very little contact except doing our scenes," Dafoe replies. "I think he had his hands full."

Whether Dafoe is referring to the demands of Hoffman's lead role, or to his personal life, he doesn't say. Certainly Hoffman carries A Most Wanted Man, which opens Friday. His role as Gunther Bachmann, who heads a small, covert anti-terrorist unit in post-9/11 Hamburg, is one of the last he completed before his drug-related death in February, and it uses everything he had: his physical skills, his sad humanity, his shrewdness and anger. He knows the world is a messed-up place. He knows he can't fix it. But he can't help trying anyway.

Based on the novel by John le Carré, and directed by Anton Corbijn (Control, The American), the film follows a Chechen Muslim who illegally immigrates to Germany. Though he may not be a terrorist, he may have ties to some, and he pulls a number of unwilling accomplices into his wake, including Gunther and his team: a human-rights lawyer (Rachel McAdams); an international banker (Dafoe); and the CIA, in the form of Robin Wright. It's a prickly, smart, elegant thriller, with a distinctly European point of view (Corbijn is Dutch) – the Americans are not the good guys they think they are. And if the ending doesn't punch you in the heart, you may not have one.

"The beauty of this story is, everybody is trying to do the right thing on some level," Dafoe says. "But they're all flawed, they all have moral dilemmas. The line in the film that every good man has a bit of bad in him – that's always been a big attraction for me."

Dafoe chuckles dryly. He'll turn 59 next week, and his distinctive, slightly nasal voice sounds lower and gruffer than it once did. You can still hear a touch of his native Wisconsin in his vowels, but he has learned to be a careful enunciator. I got the impression he was a bit weary of doing interviews, that he was choosing words rather than conversing freely. He and his wife of nine years, the Italian actress and director Giada Colagrande, live a peripatetic life, keeping homes in Rome, New York and Los Angeles, while following their work around the world. (Dafoe also has an adult son from a previous relationship.)

This year, Dafoe has been on screen steadily: making his O face in Lars von Trier's Nymphomaniac; gritting his teeth as a comic baddie in Wes Anderson's The Grand Budapest Hotel; shattering the hopes but steeling the spines of the teenaged lovers in The Fault in Our Stars. He has worked with Anderson and von Trier before, and is more drawn to directors than characters or projects.

"If I like the company I keep, I'm more trusting, and more able to challenge myself to not do the same old, same old," he says. "To not let your level of engagement get stale or fake or feel inessential – that's the thing you've got to beat over and over again."

Theatre-wise, he and Mikhail Baryshnikov have been touring a two-man show, The Old Woman, an absurdist piece directed by a master of experimental theatre, Robert Wilson (with whom Dafoe had previously done an acclaimed production of The Life and Death of Marina Abramovic). Dafoe and Baryshnikov dress identically in black suits and white makeup, kind of a cross between Kabuki and German Expressionism, and there's a lot of miming and movement. They've played several European cities including Paris and Manchester, did a week in Brooklyn in June, and are bound for South America and then back to Europe.

That may sound exhausting, but Dafoe thrives on it. "When you're travelling, you're given the opportunity to reinvent yourself, to reconsider things. The target is always moving," he says.

His secret to enjoying life is "to have flexibility, to feel newness in everything I do. The only thing I can brag about is this: As I get older, things go faster and faster, there aren't enough hours in a day to do the things I want to do, be the things I want to be – but I'm never bored. And that, if you ask me, is an accomplishment, because I look around and I see a lot of bored people."

So what does he want to do; who does he want to be? "Not feel stuck or limited," he answers. "Not be mired in 'should' or 'I' or 'I'm not happy unless I have x.' To challenge conventional notions of pleasure and pain. To be immune to that."

His life and work are so intertwined he can't separate them – nor does he want to. "I'm always preparing for something," he says. "I can't tell whether I'm a little dumb, or I will this kind of dumbness, but each time I do something, the pleasure and the process and the challenge always feel different."

Dafoe likes to act on his feet, but most of his scenes in A Most Wanted Man were static, behind desks or in the back seats of cars. So his challenge was to create energy in those confined spaces. "The scenes have so much dilemma and mystery that that's what we concentrated on," he says. "Anton [the director] was a photographer first, and once he sees his shot, he has the scene. He doesn't do a lot of takes. So everything you do, there's a pressure on it. The heat is turned up – it makes you play everything for keeps."

So maybe it makes sense that Dafoe doesn't have a lot of Hoffman stories. Maybe their relationship is where it should be – on the screen, thrumming, making us watch with our hearts in our mouths. 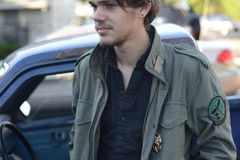 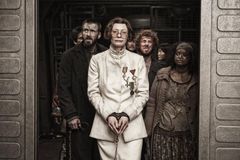 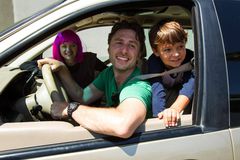