The new French advocacy documentary Good Food, Bad Food may not be very even-handed but it could hardly be more timely. Its theme is the folly of the international agri-business movement of the past 40 years, and why low-tech, traditional farming methods are more efficient and environmentally healthy.

That argument may not be as pie-in-the-sky as it initially sounds. A recent article in Foreign Policy magazine, The Great Food Crisis of 2011, makes it clear that due to population pressure, climate change and soil erosion, the current food system is in trouble. A recent UN study, Agro-ecology and the Right to Food, says that organic and sustainable small-scale farming is the solution, doubling food production in the parts of the world where hunger is the biggest issue,and where the arable land is overploughed, overfertilized, overirrigated, overtreated with pesticide. The Economist also weighed in with a series of articles, asking whether the organic way could feed the Earth's population in 2050 (expected to be nine billion) and concluded that these methods could at least feed North America and Europe.

Good Food, Bad Food, directed by French filmmaker Coline Serreau ( Three Men and a Cradle) features a lot of people from around the world who share a similar good-humored missionary zeal for the small-is-better side. The initial subject of attack is the so-called "Green Revolution", a series of American-led technological break-throughs from the postwar years through to the late 1970s, that emphasized feeding the world through industrial-scale agriculture, including the use of high-yield hybridized seeds, synthetic fertilizers and chemical pesticides. Dominique Guillet, a Frenchman involved in preserving seeds for worldwide distribution, sees the policy as an extension of modern warfare, with private interests making profits from the supposed public good. Many of the seeds provided to developing-world farmers are sterile hybrids, requiring the farmers to buy new seeds every year from an increasingly narrow selection. Microbiologists Lydia and Claude Bourguignon compare a healthy clod of earth teaming with crawling life, with the overprocessed soil of an industrial farm that is dead, sterile dirt. A Ukrainian grandmother shows how much better her traditional cucumbers are than the seed-catalogue variety.

The enemy here, as anyone who has seen Food Inc. can guess, is the multinational companies who have inserted themselves into the global food chain hand-in-hand with international aid agencies. Brazilian agronomist Ana Primavesi explains that government farm subsidies, in essence, keep the multinationals in profit, since the companies have made farmers completely dependent on them for supplies. Good Food, Bad Food has no interest in hearing from the enemy. Industrial-scale agriculture is portrayed as a recipe for slow death, not only for the dwindling supply of arable soil, but for the 200,000 impoverished Indian farmers who have killed themselves in the last decade, often, by symbolically drinking pesticide. By contrast, small-scale organic agriculture is portrayed as the only way to go: more gentle, more productive and safer, because it preserves diversity in a changing climate.

Occasionally, a voice of skepticism would be welcome. Serreau, whose first film was the feminist documentary Mais qu'est ce qu'elles veulent ( What Do Women Want) is partial to explanations, such as those expressed by Indian activist Vandana Shiva, that involve the sins of the patriarchy as opposed to traditional feminine wisdom. Someone else claims, absurdly, that famines didn't exist before colonialism, and overall, the film leaves the peculiar impression that farming life was just fine until the 1960s. In particular, it would be useful to get a better sense of how traditional subsistence farming practices can be adapted to create the kind of surpluses needed to support an expanding urban population. Good Food, Bad Food feels like the opening statement of a long, serious debate.

Ready to hoe? Filmmaker Coline Serreau says we should all be farmers
April 12, 2011 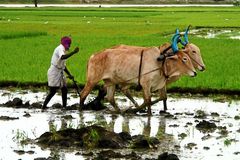 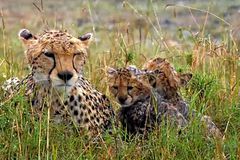