Directing is like sex, the old saying goes – you never get to see how the other guy does it. But in 1962, François Truffaut spent a week in a room at Universal Studios interviewing Alfred Hitchcock. Truffaut was 30 then, and had made three films (including The 400 Blows). Hitchcock was 62; he was finishing his 40th, The Birds. For 27 hours, Truffaut asked Hitchcock, title by title, precisely how he did it.

In 1966, that conversation was published in a book, Hitchcock/Truffaut. It quickly became an object of reverence for cinephiles, including the directors David Fincher and Wes Anderson, who spent hours poring over its frame-by-frame layouts of seminal Hitchcock sequences.

In 2015, the writer-director Kent Jones released his Hitchcock/Truffaut, a documentary about the making of that book and its lasting impact (it includes choice bits from the original interview tapes, as well as Philippe Halsman's photos of the meetings). It premiered in Cannes and played at the 2015 Toronto International Film Festival, and on July 9, Jones will be back at Toronto's Lightbox to introduce it as a centrepiece to TIFF's summer-long retrospective, Hitchcock/Truffaut: Magnificent Obsessions. That series's 34 features include a new 35-mm print of The Birds, a restored full-length version of Truffaut's Two English Girls and a 70-mm presentation of Hitchcock's Vertigo, which, in the most recent Sight & Sound poll, displaced Citizen Kane as the greatest movie ever made.

Juxtaposing the two directors' films feels logical to James Quandt, TIFF Cinematheque's senior programmer, "because Truffaut was so explicit in his homages to Hitchcock, both in his criticism and his films," he writes in an e-mail exchange. (Truffaut began his career as a critic for Cahiers du Cinéma, where he helped develop the auteur theory.) "Many critics have commented on the element of erotic fixation in both directors' works, and Truffaut himself claimed that Hitchcock taught him to aim for lucidity and precision," Quandt adds. "Truffaut's cinema is confessional, where Hitchcock's is highly coded, but both share fears of loss, chaos and death."

After their interview, Hitchcock and Truffaut stayed in close contact, talking and writing to each other often, reading each other's scripts and screening the other's films. "It's a pretty unique relationship," says Jones, who is also the director of programming for the New York Film Festival, in a phone interview. "One is younger, French, artisanal. The other is older, British-born, transplanted to Hollywood. They're both artists of concision. Both were interested in elevating the career of the older one [by insisting it be taken seriously as art], and in elevating the art of cinema. And they share a certain loneliness. It's not unlike the loneliness that's experienced by most really good artists."

So in making his documentary, Jones knew what he didn't want: "A movie with a bunch of people doing their version of, 'Hitchcock is great but complicated,'" he says. "I wasn't interested in a psychological case study." (Although there are two fantastically telling moments where we hear Hitchcock ask Truffaut to turn off the tape recorder.)

Instead, Jones wanted to continue that initial conversation by adding more directors to it. A motherlode said yes, among them Fincher, Anderson, Martin Scorsese, Richard Linklater, Olivier Assayas and Kiyoshi Kurosawa. All gorgeously articulate, they say things like, "Hitchcock thinks through what terrifies him to the point that it attracts him. There is no longer a difference between terror and fascination … trembling with fear or quivering with love."

In addition to his own documentary, Jones will be introducing Hitchcock's I Confess and Truffaut's Day for Night. The former film is set in Quebec City, and its star Montgomery Clift is the subject of a great moment in the doc: Hitchcock wanted Clift to glance up at a hotel, indicating to the audience where he was headed. Clift balked. "So an actor's going to interfere with me organizing my geography?" Hitchcock asks Truffaut. "That's why all actors are cattle."

"As far as Day for Night," Jones says, "I saw it when it came out, and it seemed light to me. I looked at it recently and was blown away by it. Truffaut said near the end of his life, 'Films are made in close to a fugue state.' It's pretty devastating about the fever of movie-making."

Although Quandt believes that "the shuttle of influence is strictly one-way" – Hitchcock to Truffaut – he hopes that juxtaposing their work in this series "will draw out the darker, more delirious and obsessive side of the French director's cinema, and dispel the charge of dilettantism that some critics have made against it," he writes. He sees Hitchcock's influence on Truffaut in "the death-haunted atmosphere of his late films (particularly La chambre verte, a little-known masterpiece)," and thinks The Story of Adele H. "fits nicely alongside Vertigo as studies in romantic obsession that spiral into self-abasing madness."

And though Hitchcock was "largely impervious to other directors' approaches," Quandt continues, his work has been "the font of countless films over the past decades. The influence of Vertigo alone can be seen in Brian De Palma's Obsession, David Lynch's Mulholland Drive, Lou Ye's Suzhou River, Christian Petzold's Phoenix and Alain Resnais's Muriel."

Only after Jones finished his documentary did he realize why he was so focused on Truffaut and Hitchcock's collaboration, and on the art of cinema itself. "At this moment in history, I feel there are a lot of films being made by people who don't have or have severed ties to the history of cinema, or don't want to remember it, because they think it's uncool," he says. "The fact that my movie and Noah Baumbach and Jake Paltrow's documentary about Brian De Palma [De Palma] came around at the same time isn't a coincidence. They're both concerned with the same thing. The majority of stuff that's in the multiplexes is almost 100-per-cent disconnected from the history of cinema. It's audio-visual entertainment.

"And the critical community has been kind of wiped out," he continues. "I miss the dialogue [we once had] between filmmakers and critics, no matter how contentious and wrong-headed it was sometimes."

Jones was born in 1960, and grew up in the seventies "going to regular movie houses and seeing Taxi Driver and The Long Goodbye and Cabaret, one magnificent film after another. There was a lot of crap, but the great stuff elevated the ordinary stuff, so you also got things such as Chilly Scenes of Winter and Starting Over. I thought it would go on forever. But it was a blip. It was defeated over and over again [by the economics of Hollywood]. There's always a reason to marginalize ambitious filmmaking."

That's why retrospectives such as TIFF's matter, Jones concludes: "With every passing minute, the context around films changes. Every new viewing is like seeing a new film. It's important to keep checking in." 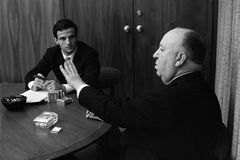 Kim Novak trips down memory lane at In Love with the Stars gallery
October 1, 2015 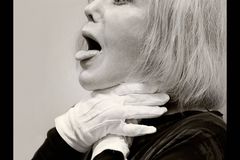 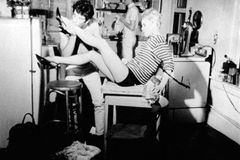