"The bringing of the African to America brought the first seeds of disunion." – the first intertitle to appear in D.W. Griffiths's The Birth of a Nation (1915)

It might seem a curious thing to have not one but two holiday-season movies – Lincoln and Django Unchained – concerned with America's grim history of race slavery, but slavery in film has always been a subject for special occasions. It may be as ugly as historical realities get, but that doesn't mean it isn't spectacular.

D.W. Griffith understood this. When the former actor and pioneering cinematic visionary set out to film the very first long-form historical drama in 1915, based on Thomas Dixon's pulpishly rousing, shamelessly dubious account of how the Ku Klux Klan rode to the rescue of a Reconstruction-ravaged South, he used the freeing of blacks from the bonds of indentured servitude as the incident that incited the greatest story the American public, until that point in its history, had ever been told.

The movie was not only a sensation but a fountain of momentous firsts: the first bona-fide blockbuster, selling out wherever it was permitted to play, and eventually taking in more money than any other American movie until the arrival, in 1939, of Gone With the Wind, another epic event about the sad song of the Old South.

The Birth of a Nation was also the first movie to demonstrate that feature-length narrative, if carefully structured and cunningly paced, was the movies' proper popular form. It was the first to introduce a vocabulary of expressive techniques – including cross-cutting, prolonged suspense and flashbacks – that would prove elementary to the evolving moving-picture vocabulary. It confirmed the popular primacy of myth over history, thereby introducing one of American popular culture's most enduring and powerful properties: the tailoring of the past for the purposes of the present.

It also confirmed the danger in such power: After its release, and in the wake of its juggernaut popularity, The Birth of Nation – a movie in which a chaste young Southern belle throws herself off a cliff rather than be ravaged by a brutishly lustful former slave (played by a white actor in blackface) – riots broke out, a white man murdered a black teenager in Indiana, lynchings were reported and the KKK enjoyed a sharp upward thrust in notoriety and membership. So D.W. Griffith also introduced the movie business to controversy.

Slavery has been addressed very carefully in the movies ever since. When the second major movie event with black enslavement as its backdrop appeared – Gone With the Wind, based on one of the most popular novels of the last century's first half – it depicted black servitude as part of the romantic texture of an Old South ruined and banished to history by the Civil War and reconstruction – gone with the wind. The slaves of the plantation Tara remain loyal even after Abolition, and there is no hint of the abuse, torture and misery of human enslavement. As in The Birth of a Nation, Reconstruction is viewed as the greater evil.

The American slave tradition is an unhealing wound, less painfully dressed up than directly touched. This is why ancient world slavery, in the form of biblical epics where the enslaved tend to be white people with American accents and the enslavers Romans with British accents, is probably more common to Hollywood movies than America's own history. Movies like The Ten Commandments, Ben-Hur and Spartacus also provide the additional salve of justifying rebellion while muting the race issue – the easier to honour America's own revolutionary past while ignoring its racist shame. These movies reached their peak of popularity in the late fifties and early sixties, about a century after the Civil War and the 13th Amendment (the passing of which is the subject of Steven Spielberg's Lincoln), and just as American history was screeching round the corner toward civil rights, race riots, the assassinations of Malcolm X and Martin Luther King, and popular black payback movies like Shaft.

In the blaxploitation movies of the late sixties and early seventies, which provide the generic inspiration for Quentin Tarantino's vigilante slave payback spaghetti western Django Unchained, the rage of sustained second-class citizenship is ventilated through sex and violence, the very stuff that terrified audiences in 1915, but which was tactically displaced from the 19th-century plantation to the urban frontier. But there were exceptions, and they were revealing: When the hyper-violent and sexualized plantation-gothic Mandingo was released in 1975, it was ripped apart for its unblinkingly sleazy look at white decadence, racism and sexual anxiety. The better

For movies, that is. TV was something else. For some reason, the home screen was not only far more comfortable depicting slavery in all its misery and horror, it was capable of creating events from the subject matter: The Autobiography of Miss Jane Pittman broke the dam in 1974, and with Roots came the flood in 1977. For a moment, right around the American republic's bicentennial, everybody was looking back at something close to the truth.

But it's a hard truth, and remains so for a very simple reason: How can a country founded on principles of freedom and liberty for all have kept black people enslaved for so long? And then nearly torn itself apart over the issue of whether or not that enslavement should continue?

In both Lincoln and Django Unchained, slavery is still, after all these years, cautiously regarded through the scrim of mythology. Spielberg's movie is at its best when focusing on the political cunning of Abraham Lincoln's efforts to abolish slavery in the United States permanently, and at its worst when black characters appear almost solely to remind us what's really at stake. In Tarantino's movie, Jamie Foxx's freed slave may become the biggest gunslinging badass of the Old South, but he's got the least developed character and fewest humdinger lines. Not to mention a very hard century and a half ahead.

Spielberg’s Lincoln holds a mirror up to Barack Obama
November 1, 2012 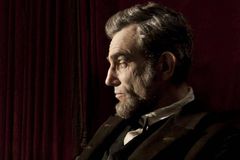 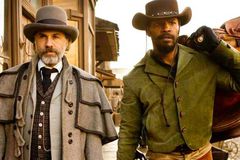