As I was leaving a recent screening of Dunkirk, I overheard two young women discussing the war movie they had just seen: They weren't exactly criticizing, just pointing out that there were no women on screen. I had noticed the same thing. There were perhaps two female lines, spoken by Red Cross nurses, in the entire thing.

The film is a realistic depiction of the military action at Dunkirk and the intensity of Christopher Nolan's recreation of war would certainly have been spoiled by cheesy flashbacks to the anxious wives and girlfriends left behind. Indeed, he seems to have almost purposefully scrubbed the female presence from his film: when a civilian returns from rescuing stranded troops with his small boat, he and his son enter a house in which no wife or mother appears on camera. Dunkirk is a film about the actions of men in wartime. Their removal from the real world, in which women make up half the population, is rather the point.

The question Dunkirk raises, then, is not "Where are the women?" but "Where are the films about the women?" We can all think of recent examples – Hidden Figures, about black female scientists at NASA, is the obvious one – but statistically the movies still believe in a world in which women are the minority.

A recently released study by the Annenberg School for Communication and Journalism at the University of Southern California found that, from 2007 to 2016, only about 30 per cent of the speaking characters in the 100 top-grossing U.S. films were women. Of the top 100 films in 2016, only a third featured a female lead or co-lead. It's as though movie producers all lived on oil rigs – or had never managed to escape the beach at Dunkirk.

And they show no signs of shifting their weird world view: One of the depressing things about the Annenberg study and other similar ones is that they record no significant change since measurement began about a decade ago. Consciousness of the problem is not solving it.

The researchers have also measured the deplorably low levels of female directors and screenwriters – during that decade, only 4 per cent of the directors of the top 100 films were women – but the issue is not simply one of job equity for actresses or female directors. To judge from the recent controversy over the Google employee fired for complaining about his company's equity initiatives, the public takes a great deal more interest in diversity in the tech industries than it does in fields such as the male-dominated construction trades.

And so it should: The makeup of Google's work force matters not merely because of fairness but also because its staff create the search engine that filters our lives. The same argument goes double for the media industries that produce so much of the imagery we consider and consume. These are the people who tell us what the world looks like – or what it should look like.

So, looking for diversity on screen, the Annenberg study compares movies with the makeup of the American population: about 60 per cent of the U.S. population is white, but 70 per cent of the speaking parts go to white actors. The invisibility of Asians, Latinos and African-Americans is particularly marked if you cross it with gender: half of the 100 films in 2016 had no speaking parts for black women and about two-thirds had none for Asian women or Latinas. People with disabilities and LGBTQ characters are also underrepresented compared to their presence in the U.S. population.

The Annenberg's assumption – that the movies should reflect their U.S. audiences – is a provocative one. It sidesteps the aspirational aspect of so much entertainment: What these numbers really tell us is that Hollywood thinks it's more desirable to be an able-bodied heterosexual white man than anything else.

The Annenberg researchers also ignore Hollywood's global impact, assuming the industry need only reflect American demographics, "As we all grapple with what it means to be Americans in an America we may not recognize, movies may matter more than we realize."

But Hollywood is often storytelling for the whole world. Although the film is an international co-production that covers an episode in British history and was written and directed by an Englishman, the heft behind Dunkirk belongs to Warner Bros. You can bet it will be in that top-100 list for 2017.

So how do you persuade the dream factory to dream a lot bigger than the lives of white men in the United States and Britain? The Annenberg study favours industry targets and movie contracts in which top talent would demand on-set equity from the studio bosses. Maybe this shaming will have some effect. The study also points out that it would only take five female speaking parts in each 40-member cast to balance those numbers. That sounds like a recipe for tokenism: Giving female screenwriters and non-white screenwriters more chances seems more likely to produce a wider range of stories and different approaches to storytelling.

Ultimately, change will be driven by consumers; they will tell Hollywood to get real – or to produce more inclusive fantasies. Maybe those two women leaving Dunkirk felt the same way I did about the film: I admired its artistry but also felt quietly excluded by its perspective. That wouldn't matter if the multiplex was offering several other big movies in which women drove the action, but it isn't. When will Hollywood wake up to an opportunity? 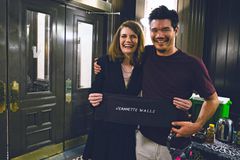 John Doyle: Netflix’s To the Bone is simply good fiction about anorexia
July 17, 2017
CBC’s Baroness Von Sketch Show is crossing borders
August 3, 2017
Follow Kate Taylor on Twitter @thatkatetaylor
Report an error Editorial code of conduct
Due to technical reasons, we have temporarily removed commenting from our articles. We hope to have this fixed soon. Thank you for your patience. If you are looking to give feedback on our new site, please send it along to feedback@globeandmail.com. If you want to write a letter to the editor, please forward to letters@globeandmail.com.
Comments