With rising star Felicity Jones playing Ellen Ternan and the ever-charming Ralph Fiennes at her side in the role of Charles Dickens, the invisible woman is becoming highly visible these days. Fiennes's movie The Invisible Woman, based on a 1990 book with the same title by the British literary biographer Claire Tomalin, is very belatedly turning Dickens's once-secret mistress into a new historical celebrity.

Nelly, as she was known, was 18 when the most famous writer in the world, a man 27 years her senior, fell in love with her. Exactly when and how she became his mistress has been, since the 1940s, a matter of increasing speculation and debate. Meanwhile, Catherine Dickens, his wife of 22 years and mother of his 10 children, has remained largely in the shadows.

Both women, however, are fascinating case studies in Victorian social history, their lives bursting with telling evidence about gender relations, sexual hypocrisy, fertility and morality. Ternan's existence first came to light after the death of Katey Dickens, one of the few of the writer's many children who matured into an emotionally and professionally successful adult. Katey had confided in a friend, Gladys Storey, some hard truths about her parents' notorious separation in 1858 and Storey finally went public with her 1939 book Dickens and Daughter. According to Katey, Ternan was her father's mistress and gave birth to a boy who died.

More information about Ternan came out in the 1950s but the world was very slow to accept the idea that the great Dickens, a man closely associated with the idealized Victorian home – and with social justice for those deprived of its comforts – had so clearly violated its code. As recently as 1990, writer Peter Ackroyd, in his magisterial biography, Dickens, would argue the relationship with Ternan was probably not sexual as Dickens set her aside as a real-life version of the idealized Nell or Little Dorrit of his imagination, or more sadly the unobtainable Estella. Tomalin's ground-breaking book made an asexual relationship seem highly unlikely but it also showed that it would not really have made much difference to Nelly: She was a fledgling actress but also a middle-class girl who could have expected to make a respectable marriage, as both her sisters did, when Dickens condemned her to a kind of social twilight, hiding her away in discreet houses where he would regularly visit her while still maintaining his original family home.

It was a home without a mother, presided over by Dickens's sister-in-law Georgina Hogarth, who stuck with him despite his treatment of her sister, giving way to unfounded rumours about their relationship that persist in the public imagination to this day. While Fiennes's film is fairly honest about how badly Dickens treated Catherine, including his notoriously public repudiation of her in letters to newspapers, it stops following Catherine's story there. What is probably most shocking to contemporary sensibilities was that, in an age when fathers had the legal right to sole custody of their children, Dickens not only banished Catherine from their house but also cut off her regular contact with their nine surviving children, the youngest of whom was 6 at the time. The eldest, Charley, had reached the age of maturity and elected to live with his mother, but she saw the rest infrequently.

Dickens's biographers have tended to dismiss Catherine as dull, fat and suffering from deep postpartum depressions, an unfit companion who sank into lonely obscurity after the separation. In a powerful act of revisionist history and impressive feat of social science, English professor Lillian Nayder has done something to redress the balance with her 2011 book The Other Dickens: A Life of Catherine Hogarth. She reveals Catherine as a well-educated, witty woman and highly competent housekeeper sometimes brought low by the physical toll of childbirth but never separated from a love of family, which also sustained her in her later years. Dickens, the man forever marked by the experience of the blacking factory, was sadly ambivalent about his many dependents, complaining about Catherine's pregnancies as though he did not have much to do with them and sending his sons out into the world at painfully young ages. But Nayder points out that most middle-class Victorians saw large families not as heavy burdens but as proof of long, loving marriages: She uses fertility statistics and the gaps between Catherine's various pregnancies to calculate that the Dickenses were having sex anywhere from once a week to every other day for most of their marriage.

Perhaps because they were the less talented offspring of a demanding and highly successful father or perhaps because the pain of their parents' ugly separation cast a shadow over their lives, the Dickens children did not fare well. Last year, writer Robert Gottlieb complied the sad and rather Freudian catalogue of their destinies in Great Expectations: The Sons and Daughters of Charles Dickens.

What is intriguing about the Dickens-Ternan story in 2014 is the way the man was hoist on his own morality, unable to live openly with the woman he loved because he staked so much on a public image built around an imprisoning respectability and a Manichaean view of female sexuality. In the end, the spunky Nelly managed to have it both ways: After his death in 1870, she simply cut 12 years off her age, pretended only to have known Dickens as a child, and resumed the life she might otherwise have led, marrying a young divinity student and raising two children. Still, as Tomalin points out, she could only be appalled that her shameful secret was now so public. 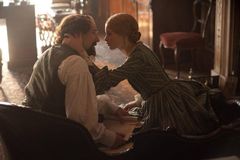 Ralph Fiennes behind the camera: uncovering the secret memories of love
January 16, 2014 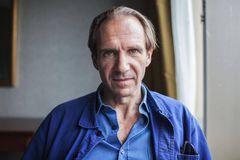 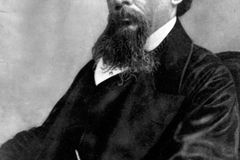 A global Dickens appreciation, and a modest proposal
February 6, 2012 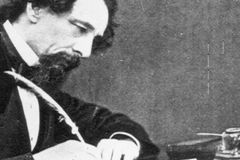