Ninety years ago this week, movie history was being written with scissors.

It was on March 18, 1924, that Goldwyn Pictures, in precarious financial straits and about to be merged into the new Metro-Goldwyn-Mayer, announced that Erich von Stroheim had cut Greed in half. No longer more than nine hours in the running – its length when first screened to a select few the previous January – von Stroheim's already notorious adaptation of Frank Norris's celebrated 1899 naturalist novel McTeague was now weighing in at a mere four hours.

It was von Stroheim's plan that the movie, which he had – at great expense and with uncompromising commitment to almost documentary-like realism – shot over the course of nine months in 1923, be released in two parts.

But other plans prevailed. A month after the director and actor, already famous for his carefully constructed persona as a European aristocrat (he was in reality the Austrian-born eldest son of a middle-class Jewish hatter) with monocle, riding crop, breeches and megaphone, made the announcement that his Greed was a four-hour two-parter, Goldwyn got sucked into the new MGM, and one of von Stroheim's worst nightmares was realized. MGM's new head of production was none other than Irving Thalberg, the former Universal executive with whom von Stroheim had so infamously clashed over the editing and release of his 1922 movie Foolish Wives.

Von Stroheim, who had gambled that the publicity surrounding the production of his much-anticipated, unprecedentedly "realistic" movie – about a non-licensed San Francisco dentist (Gibson Gowland) who descends into alcoholic brutality when he loses his business, and his wife (ZaSu Pitts) becomes a miserly neurotic – would give him the freedom to make the movie as he believed it must be made: with unerring attention to real-life detail and unflinching honesty in its depiction of lives reduced to animal desperation. Most famous among the movie's production legends was the shooting of the final sequence in Death Valley, an ordeal that landed several cast and crew members in hospital suffering from the effects of shooting in temperatures that had hit 140 F.

As the director wrote of his intention some years later, when the lost seven or so hours of Greed had made it the pre-eminent sacrificial symbol of Hollywood's war on art, "I intended to show men and women as they are all over the world, none of them perfect, with their good and bad qualities, their noble and idealistic sides, and their jealous, vicious, mean and greedy sides. … I was going to metamorphose the movies into an art – a composite of all arts. Fight for it! And die for it, if need be!"

While von Stroheim didn't have to die for his art, he did have to fight, and evidence suggests it was a struggle he rather perversely relished. Otherwise, why would he have repeated the debacle that resulted in Foolish Wives – the production of which was also marked by von Stroheim's obsessive and costly determination for absolute authenticity – being taken from him and cut mercilessly for commercial release? The fact is, von Stroheim's contract with Goldwyn very specifically designated the production of a certain amount of movies per year at a certain budget and a certain length, and with the production of Greed he had flagrantly violated the terms of that contract.

But if von Stroheim had gambled that the prestige-prone Goldwyn would ultimately bow before the glory of his warts-and-all realist masterpiece, he probably knew he was cooked when the company was folded into MGM and his old nemesis Thalberg was again holding the scissors. Thus, despite the carefully leaked glowing responses to his nine-hour-plus cut in January ("For stark, terrible realism and marvelous artistry," wrote Harry Carr of the L.A. Times, "it is the greatest picture I have ever seen"), von Stroheim still felt pre-emptively compelled to ship a copy to his friend – and fellow director of uncompromising temperament – Rex Ingram, for further cutting. Ingram reduced von Stroheim's 22-reel version to 18 reels, and sent it back with the words, "If you cut one more foot I'll never speak to you again."

Von Stroheim didn't cut another foot but, under Thalberg's supervision, MGM certainly did. By the time it was released in January, 1925, von Stroheim's alleged masterpiece of uncompromised, hardscrabble urban realism had been cut to two hours and 20 minutes, roughly seven full hours lighter than what had been screened to that select dozen viewers a year before. As for the rest of the movie, von Stroheim declared it not only forever lost but incinerated into oblivion. As he wrote to his biographer Peter Noble, "the rest of the negative was burned to get 43 cents worth of silver out."

Von Stroheim's directorial career never quite recovered. As the studio system locked down into factory efficiency, directors known for extravagance or insubordination found themselves locked out. But if his artistic career suffered from Greed's mutilation, his mythical currency was boosted immeasurably, as von Stroheim and the movie came to stand for the ruthless intolerance of great art by greedy businessmen. A fitting myth under the circumstances, and one that has stuck for nearly a century.

Eleven of the most charismatic jerks on film (yes, Daffy Duck, you too)
January 2, 2014 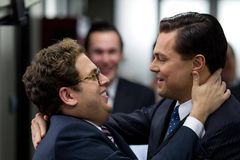 Fritz Lang's Metropolis undergoes renewal
November 9, 2010
The new sounds of silents
July 4, 2003
Two cheers for Hollywood
December 18, 2004
Follow us on Twitter @globearts Opens in a new window
Report an error Editorial code of conduct
Due to technical reasons, we have temporarily removed commenting from our articles. We hope to have this fixed soon. Thank you for your patience. If you are looking to give feedback on our new site, please send it along to feedback@globeandmail.com. If you want to write a letter to the editor, please forward to letters@globeandmail.com.
Comments