A half-century ago in Rome, a camera technician named Enzo Barboni walked out of a movie theatre. He'd just seen Akira Kurosawa's Yojimbo, about an amoral samurai who manipulates two warring merchant factions in a small village, and he liked it a lot. So when he ran into his friend, the fledgling director Sergio Leone, on the street, he told him to go see it. He thought Leone would be particularly impressed.

He was. The Italian film industry was in a worrying slump by late 1963, the once thriving "sword-and-sandal" genre having gone to dust and the international biblical epic – both forms that Leone had made his bones with – dead on the cross. So when he saw Yojimbo, Leone saw more than a movie he liked. He saw the horizon, and on it rode a man on a horse. An Italian cowboy.

The idea was not new, despite the fact that history has often granted Leone the status of inventor of the so-called "spaghetti western." Westerns had been made intermittently in Italy since 1913, when Sergio's own father Vincenzo had made a frontier melodrama – starring Sergio's mother Edvige – called La vampira indiana. Moreover, in its latter-day bid to remain a player in the international B-movie market, Italy had been producing badly dubbed westerns (with titles like Bullets Don't Argue) for a few years before Leone was struck by inspiration.

But it was the nature of that inspiration that eventually produced A Fistful of Dollars, which in turn would alter the landscape of the movie western until it's final fade as a popular genre. In his mind, Leone saw a movie that would restore to this once-mighty form – which the 34-year-old filmmaker adored, and especially the westerns of John Ford – its grit, epic grandeur and irresistible danger. Leone felt that the American western had lost its way of late, and that the movie he'd make might point the way back. He went to work on a script.

It galloped along. By early 1964, Leone was finished. In the Italian exploitation tradition of modifying the titles of successful Hollywood movies, in this case another westernized Kurosawa copy called The Magnificent Seven, it was called The Magnificent Stranger. That wasn't the only nod to exploitation tradition. As the appearance of American stars in the sword-and-sandal and biblical epics had proven, a little Hollywood glamour went a long way in international sales. Leone's stranger would only be made truly magnificent by being American.

The John Ford fan in Leone had always imagined Henry Fonda – who'd been Ford's Wyatt Earp – in the role, but when the script went stateside the actor's agent didn't even bother sending it to him. The Magnificent Seven's James Coburn said he'd do it if they paid him $25,000, much too dear for the production's tiny budget. When Coburn's Seven co-star Charles Bronson was handed the script, he proclaimed it "just about the worst I'd ever seen," and walked off. (In later years all three would appear in Leone movies.)

Just as Leone was getting despondent, his production office was contacted by the William Morris Agency's office in Rome. They had an episode of an American TV show, already six seasons in, that they thought Leone ought to look at, and especially at the tall, handsome sidekick character named Rowdy Yates.

Clint Eastwood was then 33-years-old, and his career was on hold. A bit contract-player during the 1950s (Revenge of the Creature, Francis in the Navy), Eastwood had enjoyed some success on Rawhide, one of a slew of TV westerns that dominated American prime-time TV in the early sixties. But now, in concert with the decline of the western on the big screen, TV westerns were on the wane and Eastwood had nothing on the horizon. Besides, his CBS contract forbade him from making any movies in America while on the series. For a bargain-basement $12,000, Eastwood agreed to fly to Europe for six weeks and make the movie. Before leaving, he scooped up some of his Rawhide wardrobe, and went out and bought a new hat and black jeans. He also claimed to have provided the beat-up poncho that would complete the Man With No Name's iconic wardrobe, but Leone also claimed the same thing. It would be disputed for years.

So would much in the ensuing few years. Eastwood found the multilingual production confusing and his director frustrating, but the resulting isolation of the actor served the character brilliantly. When he returned to Hollywood, he wondered if he'd ever hear from Leone or about The Magnificent Stranger again. Meanwhile, back in Italy, the imminent release of the film, freshly retitled A Fistful of Dollars, was stopped dead by a letter from Akira Kurosawa himself, who accused Leone of plagiarizing his samurai movie. (An odd claim, considering how Kurosawa's movie itself borrowed so heavily from Dashiell Hammett's Red Harvest.)

Because of the legal entanglements, it would take nearly a year for the movie to open in Italy, and two for it to arrive in North America, where it would have its very first commercial run in Toronto, at the Odeon Carlton Theatre. It would only open a year later in the United States, where Clint Eastwood didn't even realize it was the movie he'd made a few years ago in Spain. By that time, the spaghetti-western revolution was under way, Eastwood was about to become a huge international star, Kurosawa was reaping 15 per cent of the movie's profits, and Sergio Leone was becoming almost as famous as John Ford.

As for the western, it rode back into town briefly but spectacularly – flourishing in the 1960s, diminishing in the seventies and pretty much dying in the eighties – its extinction postponed by a big wind from Italy. 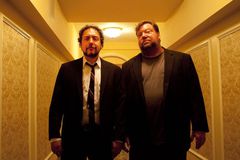 Eastwood set makes our day, but watch out for spoilers
May 27, 2010 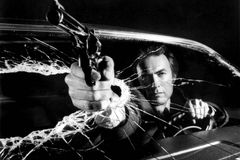 Clint Eastwood: A fisftul of paradoxes
January 22, 2005
What a great idea. I think I'll steal it
February 19, 2003
The samurai and the clouds: An eyewitness account of making movies with Kurosawa
February 24, 2007
Follow us on Twitter @globearts Opens in a new window
Report an error Editorial code of conduct
Due to technical reasons, we have temporarily removed commenting from our articles. We hope to have this fixed soon. Thank you for your patience. If you are looking to give feedback on our new site, please send it along to feedback@globeandmail.com. If you want to write a letter to the editor, please forward to letters@globeandmail.com.
Comments