In a world where movie trailers are narrated by deep-voiced men in tones as silky as French stockings, one woman dared to dream of joining them, of forging a brave new society where female voices carry as much authority as male ones. Armed with nothing but a British drama school degree, a demo tape and an explosive load of brains and charm, she fought to penetrate the micro-universe of Hollywood voice-over artists. When she was thwarted by its hierarchical, closed ranks, she modified her dream, landing acting roles and enduring a monk-like period of soul-searching, otherwise known as writing her first feature screenplay. Against near-impossible odds, she persuaded a band of starry-eyed optimists – financiers, cast, crew – to go into battle with her. Directing and starring in it herself, she shot a movie in 20 days for under a million dollars, and called that movie In a World....

And then something magical happened: Critics loved it. Audiences devoured it. Our heroine transformed into an It Girl, demonstrating vocal exercises on Conan and doing an interview for The New Yorker in a sauna. Along the way, she's inspiring a generation of women to stop talking like sexy babies, and raising the percentage of films directed by women a few precious points. That woman is Lake Bell, her movie opened in select Canadian cities yesterday, I spoke to her recently by phone from her home in hippest Brooklyn, and this is her story.

Our saga begins in New York City in March, 1979, where Bell is born to Robin Bell, an interior designer, and Harvey Siegel, a real estate developer who transformed the defunct Virginia International Raceway into a racetrack country club. Siegel instills in his daughter such a jones for fast cars that today she has a sideline career as the Test Drive columnist for The Hollywood Reporter, and a passion for 1970s Italian sports cars. The names "Lamborghini Miura" and "De Tomaso Mangusta" fall trippingly off her tongue, and she's pretty sure that eventually she'll write a screenplay about the car world.

A self-described "annoyingly precocious, overly-performance-based kid, who had a lot to say and asked a lot of questions," Bell always knew she'd be an actress. At age 4, she not only does dinner party tricks before bed, she gives her routine a title: The Late, Late Show. Her teenage rebellion consists of dressing "punky" and "dyeing my hair weird colours" at the finest boarding schools in France and Connecticut. She develops a writer's voice by exchanging letters with her "incredibly supportive" mother. "My mom is a tremendous writer, and I think we would try to impress each other," Bells says. "That became a very real form of expression."

In England, Bell develops her physical voice as well: "In drama schools there, your entire first year is dedicated to voice," she says. "You do radio plays, dialects, accents. You are not allowed to get on stage until you have been vocally trained." As homework, she sidles up to strangers and eavesdrops on their accents (a habit that found its way into In a World...). "If you ask people, 'Can I record you?' they become self-conscious," Bell says. "They try to speak more properly, hide or overemphasize their accent. If you do it when they're not paying attention, that's when you can really hear the musicality of the language."

She becomes fascinated by the anatomy and psychology of voices: where in their mouths people place their sounds, "what they allow to seep into their vocal representation of themselves." As she lists examples, she takes on the vocal quality of each: "Whether they use affectation" (she says affectedly), "or croakiness" (she croaks), "are deliberately soft-spoken" (whispering), "or loud-spoken" (booming), "or take on a sibilance to maybe show their sexual preference" (lisping). "Everyone has a bedroom voice and a telephone voice. There are so many stories in the voice."

In Los Angeles after graduation, various threads of Bell's experience begin to weave together: She finds steady work, playing attorney Sally Heep on The Practice and Boston Legal, and Alec Baldwin's annoying girlfriend in It's Complicated; appearing on the HBO series How to Make It in America and the satire Children's Hospital with Rob Corddry; writing, directing and starring in pieces on Funny or Die, and wowing the Sundance Film Festival with her short film Worst Enemy.

At the same time, Bell "desperately" auditions for voiceovers, "because I was obsessed with the industry," she says. "I love the idea of blind voices. You aren't judged by what you look like. You can take on these wild characterizations, be any gender, in any social strata, any nationality." (In In a World..., two of the "male" voices we hear off-screen are actually Bell.) When she finds that the voice-over clique is "a petri dish of egos, impossible to infiltrate," she gets the idea to send it up. Meanwhile, she entertains her friends with dramatic voice-over narrations of their most mundane actions – "In a world where one woman had to pee in the middle of a movie…" and presto, a screenplay is born.

While writing her affectionate satire, Bell realizes that she can stealth-address a genuine concern: women's voices. "I am so uncomfortable," Bell says, "when I'm sitting in a restaurant and the tableful of 30-year-old women next to me are speaking" – she switches into Valley Girl mode – "like 12-year-olds?" So she writes jokes into her film about "sexy baby" voices that are such a hit, her crusade becomes part of her movie's promotional campaign. She does a mock-PSA and has warm, frank chats with female reporters about their nasal squeaks.

"I love women," Bell says, "and with great pride, love and respect I'm saying, 'Let's be aware of what we're putting out there, as a group.' It's not, 'You chicks are stupid.' I'm saying, 'You're smarter than that.'" (Though one prospective employee had such a dreadful voice, Bell admits, "She lost me at hello.")

"If women would just speak how they really speak – take on their own voices – I think it would catapult them toward attaining whatever their goals are, be it a cool new job or a great man," Bell continues. "I think everything starts with how you express yourself. Why not be a contender?"

We leave Bell's story as expected: with a happy ending that is also a beginning. "Working on this film for the past five years has deposited me at a profoundly inspiring place," she says. On June 1, she married Scott Campbell, an artist and tattoo artist. They just bought a house in Brooklyn, "so we spend a lot of time doing weird art projects in our home." The day after her wedding, Bell went to Atlanta to act in the Disney film Million Dollar Arm opposite Jon Hamm and Alan Arkin. She's "knee-deep" in the second draft of her second screenplay. And as we speak, friends are standing by to accompany her to an ordinary public showing of her movie, where they'll purchase tickets and popcorn, and sit watching the thing she made. "Which for me," Bell says, "is the ultimate dream come true." You can hear in her voice that she means it. 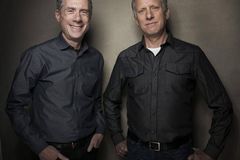 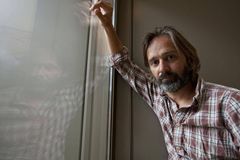