The Toronto-based screenwriter Karen Walton is most known for penning the 2000 cult horror classic Ginger Snaps, for her television work on Orphan Black and the pioneering gay-culture series Queer as Folk. Her legacy, however, is perhaps most firmly attached to inkcanada, a public Facebook group she founded a decade ago as a forum for Canadian screenwriters.

The group (which Walton describes variously as a "cyber town square," "online water cooler" or "magical, natural experiment where the lights are never turned off") fosters discussions among Canadian storytellers, with topics often addressing gender equality and cultural diversity in writing rooms. Walton, a champion for society's underdogs and marginalized who last month was given the Mentorship Award by Women in Film and Television – Toronto, remembers inkcanada's earliest days.

"As a senior screenwriter, I was getting all kinds of mail and calls asking for advice and looking for direction and information about education and grants and tips on which producers were good to work with," Walton says. "It struck me that a place was needed where people could drop in and ask anything and someone in the know would respond."

The year was 2007, a time when "Zuckerberg" was still fun to say out loud. Technology was advancing, viewing habits were changing and the screenwriting landscape was busting wide with opportunities. But opportunities for whom?

"There were animated and fractious and agonizing and sometimes really upsetting conversations about why story rooms were so white and so male," Walton says. "At first, we struggled to talk about these things ourselves, with a public audience. But it was an absolutely vital conversation."

Today, inkcanada has more than 5,000 members, equally divided among men and women. Although the group is inclusive and welcoming of well-established writers as well as young hopefuls and students, it is the latter demographic that intrigues Walton.

"Imagine, you can get on Facebook after school and see the person who's making the show you're watching actually answer questions about how they go about it. That technology was never available years ago. We're available, answering questions. Imagine what a difference that might make.

"It changes the stories, because it changes who sees themselves in the picture."

‘I’m not shaking my fists at the world’: Michael Wrycraft's career moves forward after amputation
December 27, 2017 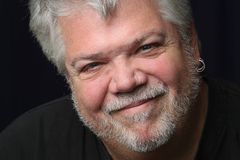 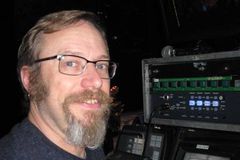