It took just one look to beguile Sally Hawkins.

When Irish director Aisling Walsh proposed the actress star in Maudie as Nova Scotia folk artist Maud Lewis, the Oscar-nominated Hawkins said yes almost immediately. The pair had worked together on the BBC adaptation of Sarah Waters's Victorian crime tale Fingersmith and, as Hawkins explains by phone from England, they remained close and hoped to collaborate again.

Initially, all Walsh sent Hawkins was one image: the iconic photograph of the diminutive Lewis from the series taken by the Star Weekly photographer Bob Brooks in 1964. The photo shows Lewis sitting at her portable desk by the window alongside her paintings and paints. "And surrounded by tulips! I saw this little hunched woman with this incredible smile and those twinkly little eyes and I knew," Hawkins recalls, "before I even read the script. Just this beautiful spirit shines out from this photo."

Next came a brief outline of Lewis's life and a couple of examples of her cheerful rural scenes, which cemented the deal.

To prepare for painting on-screen as the artist, who slowly festooned nearly every wall and object in her small Nova Scotia home with butterflies, birds and flowers, Hawkins studied with "naive" art-style London artist Anne Currie, learning to paint in Lewis's distinctive way.

"Her style is quite unique," Hawkins says of Lewis's often shadow-less scenes and seemingly straightforward compositions. "It's incredibly complicated. I think the simpler something looks the more difficult it is – that's probably why her work is so successful, it has this familiar charm and a childlike aesthetic. But is actually very sophisticated."

"There isn't that much known about Maud's internal life," Hawkins adds, "but the more you investigate, the more you unearth and try to jigsaw pieces together. And I think her art speaks."

Lewis's ebullient paintings of cats, children going to school in the snow, or three-legged oxen, for example, offered insight into the artist's personality and sense of humour. "She had a great wit," Hawkins says. "And there's a lovely child-like delight in the world. The way she uses colour there's an innocence, a comfort in it, and wanting to see the joy in life."

The actress, herself the daughter of noted children's book illustrators Colin and Jacqui Hawkins, likens Lewis's penchant for repeating and reworking the same favourite subjects and designs "each time slightly changed and differing depending on the season or the light" to Claude Monet and his many iterations of water lilies.

From childhood, Lewis suffered from a painful degenerative rheumatic disease; her arthritis worsened with age and as it progressed, twisted her back and gnarled her hands and limbs so that she painted with great difficulty. Keeping track of how Lewis would have held herself differently from one year to the next added another dimension to the responsibility of Hawkins's portrayal. "I don't want to represent that in an ill-informed way or patronize people with that condition," the actress says. "I didn't want it to, also, be the only thing to take away from Maudie. It doesn't define her just as it doesn't define other people. It's not who she is, it's just part of something she had to deal with."

Lewis's life was not without darkness; besides the continual physical pain, she lived in poverty and hardship.

Maudie spans the late 1930s when Lewis meets and marries taciturn fish peddler Everett Lewis (Ethan Hawke) through their life together in Marshalltown, N.S., where they lived in a small cabin measuring 13.5 by 12.5-feet, with neither plumbing nor electricity, and up to her death, in 1970, from pneumonia.

Known for her rich dramatic work with director Mike Leigh, Hawkins delivers an absorbing performance as the fragile but determined artist.

She subtly uses her physicality to craft a personality, translating the cocked head and upturned gaze over a dropped shoulder (from Lewis's childhood arthritis) into a coy mannerism that suggests a wily spirit. There is also an ambiguity in the relationship between Hawkins's fragile and sweet-natured but gently obstinate Lewis and her misanthropic husband, who was the means to her artistic independence.

"You have to take some kind of imaginative leap, because we don't know her innermost thoughts," Hawkins suggests. "Her life [with her aunt Ida] was limited and she knew she had to get out and Everett, both in life and in our story, gave her a way out."

When she did, her creativity and art exploded, first using leftover fisherman's paint then with the first painting set he bought her. "It released something in her to be able to live the life she wanted to live, despite her disabilities. He encouraged and enabled her art."

Much of the movie was shot on location in a painstaking scale replica of the original Lewis shack built by the film's production team on a dirt road outside of St. John's. The exposure to the elements, isolation and a sense of cramped confinement in that intimate space contribute to the tangible physical rapport with co-star Hawke, and the often silent on-screen bond between the misfit couple.

"Like in the best of relationships, and the worst, there is so much that is said through body language and things that you pick up. Ethan was just a godsend," Hawkins says. "We had this almost telepathic understanding, able to pick up on the subtlest of signals. It was like a dance."

To help Hawkins's performance – out of necessity for a set recreating the evolving house as Lewis's art progressively covers more of the house over the years – Walsh filmed in loosely chronological order. "It gives it a richness and a rawness," Hawkins says.

The actress may not have known Lewis and her art before, but once she did, her goal was to do her life justice. "Maudie was so extraordinary. I was scared to take that on, like any real-life figure," she admits. "Whether they're known by millions or whether their work is out there in the world or they're just somebody who exists within a family, for example with [the mother in] X+Y or Rita O'Grady [in Made in Dagenham] who is an amalgamation of many, you want to make the people you're representing proud. And the family and the friends around them proud."

"More than anything, whether people agree with our interpretation or not, it hopefully will make more people in the world aware of the genius of Maud Lewis and her incredible art," Hawkins says. "That alone was a good enough reason."

Maudie opens April 14 in Toronto, Vancouver, Ottawa and Halifax; April 21 in Montreal, Winnipeg, Edmonton, Victoria and Calgary; and throughout the spring in other cities. 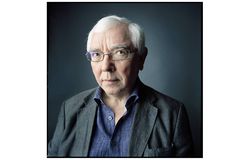 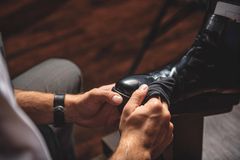