You can't talk about mixed martial artist-turned-actor Gina Carano without talking about her body. Yet Carano conjures different adjectives than those normally applied to female movie stars: she's agile, strong, tough. It's her ability to fight that really counts.

Carano only has four titles under her acting belt – the direct-to-DVD Blood and Bone, Steven Soderbergh's underrated Haywire, megahit Fast & Furious 6 and now In the Blood – but her screen presence already marks a refreshing turn in the action genre. It's a category of movies defined in the 1980s by Arnold Schwarzenegger and Sylvester Stallone – men who chiselled their names into film history with their chiselled forms and were followed by the more acrobatic likes of Jean-Claude Van Damme.

In subsequent years, action became synonymous with blockbusters. Once the arena of bodybuilders, wrestlers and martial artists, action movies started leaning on actual actors, Hollywood hunks who just needed to hulk up.

But for women in action roles, this had always been the case. Sigourney Weaver rebooted herself and the Alien franchise with the 1986 sequel. In 1991, Linda Hamilton got ripped for Terminator 2: Judgment Day. One variation on this was trading in glam gowns for skin-tight spandex, such as with Angelia Jolie in Lara Croft: Tomb Raider or model Milla Jovovich in the Resident Evil franchise. These transformations often mimicked movie plots themselves, from 1990's La Femme Nikita to this year's Divergent: A girl learns how to become a fighter.

But Carano is different – she's ready-made for the part. When Soderbergh tapped her to star as an agent gone rogue in Haywire, she didn't have an extensive acting reel, but she did have an MMA record of seven wins – three by knockouts. Carano harkens back to another kind of action star, one whose physicality came first. And that gives her performances a certain authenticity – that's really her kneeing a guy in the face.

"I think CGI takes away a bit of the personality of people being physical on screen," says Carano over the phone. "There's something really beautiful in watching people actually fight."

And Carano does fight in In the Blood, playing newlywed Ava. When her husband (The O.C. fans will recognize Cam Gigandet) goes missing on their honeymoon in Puerto Rico, Ava tears across the tropical island to get him back. In a twist on the conventional action-thriller, a woman plays the traditionally male part of rescuer.

With any other lead, this plot would feel like mere tokenism, but it's Carano's fighting skills that make the movie. Her presence alone is a built-in means of anticipation, all about counting down to the moment when she unleashes, to quote Taken, her "particular set of skills." Here, that involves taking out a crowded dance floor with wheelhouse kicks and grappling high above a forest on a zip line.

Simply put, Carano's performance resonates because, as she says, "there's a certain pride in seeing a woman being strong." And her choice of words is key – she's not just playing strong, she is strong. With no stunt doubles (she laughs when asked if she likes doing her own stunts; of course she does), this is more than mere semantics. By not faking it, Carano embodies a different kind of on-screen female form, one that's not just ready to walk the red carpet, but ready to rumble in the ring.

Carano wants to pursue acting work outside of action, but she is clearly enthused when asked about the increasing demand for women in such roles, be it in a Black Widow spin-off or in a big-screen treatment of Wonder Woman. (There were rumours that Carano was in the running for Wonder Woman, but it went to her Fast 6 co-star and former Miss Israel Gal Gadot.) "It's really an interesting time for females in action," Carano says. "You don't have to look a certain way to be strong." 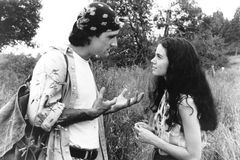 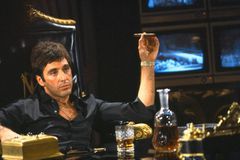