'All of us have secrets," actor Michael Murphy says. "We put them on the back burner of our minds, and we leave them there and usually die without ever having to deal it. My character, though, is forced to deal with it."

In Terrance Odette's introspective, near-motionless Canadian drama Fall , Murphy plays Father Sam, an aging priest confronted with a past incident that shatters his tranquillity. He receives a letter from a dying man who, 40 years ago, was befriended and mentored as a 14-year-old boy. Now on his deathbed, he wants to know exactly what happened one winter night, in a cottage with a young Father Sam, four decades earlier.

The quiet, snow-packed film leaves it as ambiguous, but something did happen – a line was crossed. The truth, as noted by Oscar Wilde, is never pure and rarely simple. Murphy's character is left reeling.

So, a fall from grace. There's a lot of that going on, but Father Sam takes his punishment in silence.

Murphy, a veteran character actor known for roles in such films as Woody Allen's Manhattan, sits in a room with Odette, the Hamilton-based director whose past features include Heater, Saint Monica and Sleeping Dogs. This new film isn't meant to be a comment on the Roman Catholic Church and its pedophilia scandals, Odette stresses.

"Father Sam is dealing with something that happened 40 years ago, and we're watching a man do his own reconciliation," explains Odette, who worked on the script and the main character for four years with Murphy. "I'm not condoning it. I'm not denying anything. I'm just presenting it."

Murphy, a Los Angeles native, has made something of a career out of playing ethically unclear characters. Robert Altman cast him a dozen times, often in roles that called for moral vagueness. "Altman loved using me that way," Murphy laughs, "because I looked so straight."

When Odette first approached him about the Father Sam role, Murphy's instinct was to turn it down. He wasn't interested, at this stage of his career, to play a priest connected to pedophilia. "But I found other things about the character," explains Murphy. "And Terrance and I came to a pretty good conclusion on him."

Both Murphy and Odette were raised Catholic, although Odette's schooling took place after the church's liberalization in the early 1960s. He was of the first generation of altar boys who weren't required to know Latin, and when Odette mentions being in a band that played Pete Seeger's Turn! Turn! Turn! and the gospel-pop hit Put Your Hand in the Hand at mass, Murphy scoffs at the loosening of the church's authoritarian manner. "Nobody would have called a priest by his first name," he adds, shaking his head at the idea of addressing a priest as Father Sam.

As for Odette's inspiration for Fall, there is an autobiographical element to the film. "There was something that happened to me when I was a 14-year-old boy," he says. "The story isn't literal, though, and the Father Sam character was very different from the priest I knew. I wrote the character for Michael to play."

Murphy plays Father Sam as a "reflective" religious figure – one with his doubts and sins internalized. "There's an aloneness to him, and he wonders if his life as a priest was worth it."

Murphy pauses, then continues. "You get to the end of the road, you know? And you think, 'So, you made a bunch of movies – so what?'" 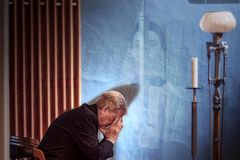 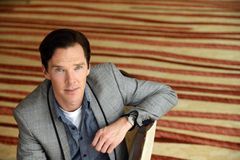 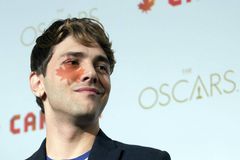 Getting to know Liam Neeson is no easy feat
November 27, 2014 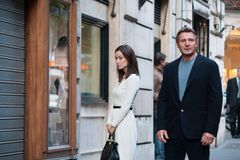 Road to gold is aggressive during ‘Oscar season’
November 13, 2014 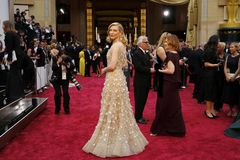