Juno Temple, 22, the kind of half-sprite, half-tart only England can produce, reclines on a tattered sofa on a September afternoon, all black eyeliner, wild blond hair and cigarettes. Born to wear chipped nail polish and punked-up vintage dresses, but possessed of a genuine sweetness, too, she speaks from a kewpie-doll mouth with a slight boopy-doop squeak. Sitting next to her, you feel lightly dusted with glitter.

She describes Danielle, her character in the new film Dirty Girl, which opened in select cities yesterday, as a "caterpillar who becomes a butterfly." (She also plays a queen in the 3-D version of The Three Musketeers, which opened yesterday, too.) She tells you she grew up in a "beautiful, magical farmhouse" in Somerset, where she roamed the garden at age four, "allowed to be this fairy princess that I wanted to be." In Los Angeles, where she's lived for the past three years, she adores her "pink boudoir," which she's decorated with a canopy bed, a tiara, and scattered piles of clothes. She also collects skulls – skulls made of glass or clay, skull jewellery, giant purple skull candles – because "human skulls are very beautiful," she says. "Their shape, and the fact that they protect your brain."

She likes to sketch lingerie designs, and has books and books of doodles of "skinny, pointy women in very elaborate underwear." At her co-ed boarding school – where she went at age 13, by her own choice – she once made an underwear set out of an Indian sari for her best friend, "a 6-foot-1 angel," who wore it to great effect around the dorm. She's wanted to act "forever, for as long as I can remember," as well as paint and write – "which I don't do very well, but I like to do it all." She always kept a picture of Marilyn Monroe on her various bedroom walls. She'd love to live in New Orleans or in Paris – "either one would work for me" – and she also longs to do French cinema, but her French isn't good enough yet. And when she repeats, "I just want to do it all," it's in the tones of an artist, not an ambition addict.

Temple's parents were artists, too – her mother, Amanda Pirie, is a producer, and her father, Julien Temple, is a director of feature films ( Absolute Beginners, Earth Girls Are Easy), documentaries (including The Filth and the Fury, one of three docs he made about the Sex Pistols), and music videos (for everyone from David Bowie, the Rolling Stones and the Kinks to Whitney Houston, Bryan Adams and Neil Young). Their door was always open, Temple says, to "extraordinary people" like the late Joe Strummer, co-founder and vocalist of The Clash, who was one of her father's best friends.

From age four, after her parents showed her Cocteau's Beauty and the Beast, Juno vowed to act. Julien cast her in her first two roles, 1998's Vigo: Passion for Life (though her character ended up being cut), and 2000's Pandaemonium, about the fraught relationship between Samuel Coleridge and William Wordsworth. They also took her to the Glastonbury music festival every year.

"I'm lucky I grew up with parents who really encouraged me and my [two younger]brothers to become who we wanted to be," Temple says. "My father is so in it for the passion. He really taught me that. Every job I take, it's because I'm passionate about it, and I don't ever want to change that." She hopes he'll direct her again.

Temple skipped acting school and went straight to work, landing plum roles as Cate Blanchett's daughter in Notes on a Scandal ("I was like a sponge on that set, soaking it all up," she says), and as troublemaking Lola in Atonement. In the latter, she had her first real breakdown scene, "and I could do it for awhile," she says. "Then I worked myself up into such a frenzy that two hours after we wrapped I was still weeping. [Director]Joe Wright had to take me for a walk and explain to me, 'Lola is messed up. Don't mess Juno up.' That was a great piece of advice for me."

Danielle in Dirty Girl is a curvy collection of hormones in early-1980s Oklahoma, who escapes on an impromptu road trip to find the biological father who ditched her. "I was so invigorated by this young woman who was such a firecracker, and had this incredible journey," Temple says. "She's a good person, but she's misunderstood, so she puts on this intimidating mask."

She's also caught between childhood and womanhood, a place that particularly fascinates Temple. "I'm 22, but I still look 15 sometimes," she says. "Which is great, because there are a lot of great roles in that age range. It's a screwed-up time in your life, with a lot of layers to it, a lot of exciting challenges that you need to embrace, but they're also scary. As Scout says in To Kill a Mockingbird, 'You never know a person till you put on their shoes and walk around on their front porch.' I love to take on these roles that are young women on a crazy roller coaster, and try and nail the weird emotions."

Temple's upcoming roller coasters include a lesbian werewolf love story called Jack and Diane; the next Batman instalment, The Dark Knight Rises, where she plays a savvy urbanite; and Killer Joe, a pitch-black comedy from director William Friedkin that premiered at the Toronto International Film Festival last month. Temple plays Dottie, a naïf who's sold off to the title character (Matthew McConaughey, in an atypically terrifying performance).

From the stage at the Ryerson Theatre, Friedkin told the TIFF audience that Temple "will be one of our great actresses;" that he was considering other, better-known women for the role, but Temple's videotape audition (with her 10-year-old brother) blew him away; that he wished she were his daughter; and that she was fearless in a role that called for lots of nudity and a most unromantic on-screen deflowering. "But don't worry," he finished, "her mother was on set most of the time."

Snuggled on the sofa, Temple says her mother wasn't at all rattled by her nude scenes. "My parents wouldn't be happy if I was taking off my kit for the wrong reasons. But the nudity is so necessary in that movie," she says. "And if you really think about it, who doesn't go home and take their clothes off at some point? Whether it's in a sexual way or just to shower. I think they'll be a lot more shocked to see me shooting a gun. Nudity is part of everyone's everyday life. Firing a gun should not be." Spoken like a true sprite. 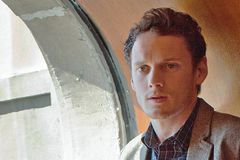 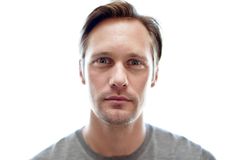 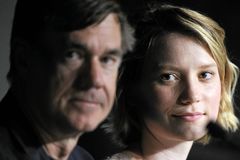 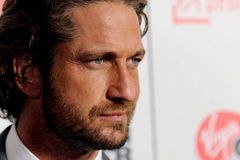 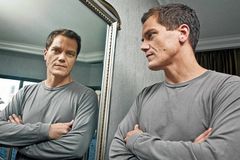