There is a sign on the door of my local video store that says: "This store is not closing."

It's not actually a statement of existential defiance; Toronto's Queen Video has just closed its flagship downtown location, but its Bloor Street store where I rent remains open. That's a relief because my professional and personal needs are eclectic to say the least and no, not everything is on Netflix, iTunes or YouTube.

As the physical distribution of discs is gradually replaced by online streaming, we find ourselves in an odd transitional moment where everybody seems to believe they can – and should be able to – get everything everywhere any time, but the reality is rather different. I turned to Queen Video for The Avengers recently; not the superhero movie franchise but the 1960s British TV show, a cult classic in the detective genre.

There it was, a title you can't find on Netflix or iTunes. (Nor are there complete episodes on YouTube, to which I will sometimes resort in moments of desperation.) After all, Queen Video on Bloor still has a library of 60,000 titles; Netflix Canada won't discuss how many it might have at any given time, but outside estimates put it around 4,000.

We think we are drowning in content, yet often the wonders of instantaneous global distribution seem to be narrowing our choices rather than expanding them. Marvel's Avengers? Netflix is all over it. But as we chase after those shiny new releases, we risk losing our taste for the old stuff.

Meanwhile, the digital technology that was supposed to rescue the back catalogue from oblivion, restoring and preserving fragile celluloid for future generations, poses as many problems as it solves. The digital age is full of false assumptions about access and availability, and film is a fleeting medium, its materiality under more direct assault than ever before.

I did a mini accessibility audit this week on another title, The Manchurian Candidate, a classic political thriller from 1962, because a digital restoration will be screening in Toronto next week at TIFF Cinematheque as part of its Restored! series. It's a well-known film, directed by John Frankenheimer, starring Frank Sinatra and Janet Leigh, and there was a remake in 2004 which you can get on iTunes, but neither that service nor Netflix has the original. Of course, you can find both at Queen Video on Bloor – as long as that location stays open.

If we are now losing the full range of content that a really good video store can deliver on demand, we have always been at risk of losing the films themselves. When Howard Levman, the owner of Queen Video, has to replace a lost or damaged disc, he often finds the old movies that his customers used to love just aren't available any more. While archives established in North America and Europe as far back as the 1930s have long worked to preserve film, the truth is that celluloid is fragile and, if you can clean, repair and digitize old film prints, you can't do it if nobody saved them in the first place. The Film Foundation, the U.S. film preservation and restoration organization founded by director Martin Scorsese in 1990, estimates we have lost half of all movies made before 1950 and more than 80 per cent of those made before 1929.

For example, TIFF's Restored! series includes Insiang, a 1976 family drama by the Filipino director Lino Brocka. It's the second instance where the Film Foundation and the Film Development Council of the Philippines have funded a restoration of a film by Brocka who, despite the difficulties of working under the censorship of the Marcos regime, created about 60 films before his death in 1991.

"No more than five or six survive," says Cecilia Cenciarelli, the Italian restoration expert from Cineteca di Bologna who oversaw work on Insiang, repairing a broken and glue-stained master print. "[For most] there's no element to start a restoration. This is obviously tragic since Lino Brocka is considered the most influential filmmaker of the Philippines, the most popular and the most militant."

Master prints may be destroyed by improper storage or lost when private film labs close down; if they do still exist, restoration is expensive work as every frame needs to be cleaned up and repaired. In theory, digitization should simplify this process, but restorers say you can't really automate their work: For example, you can run a film through a digital process that removes all the scratches on every frame but you risk removing material from the film itself.

"When digital came along, it was going to be the solution; it was going to be cheaper, it was going to be faster. None of that is true," says Margaret Bodde, executive director at the Film Foundation. The film restoration community continues debating whether old films should be restored to the original celluloid format or simply digitized. Restoring celluloid to celluloid is actually cheaper, but producing a new digital master is often a film's best hope for the future, ensuring it can be screened and distributed.

Still, restorers are not about to give up on the celluloid experience. "My heart lies in analog," reflects Nicola Mazzanti, director of the Cinémathèque royale de Belgique, whose restoration of the 1975 feminist masterpiece Jeanne Dielman, 23, quai du Commerce, 1080 Bruxelles is also included in the TIFF series. Indeed, he once caused a furor by proclaiming that the Technicolor of 1955 was like God – it could not be copied. But "the idea we would work hard with a filmmaker on restoration that can only be shown in a handful of places [that still have analog projectors] gives me pause." In the end, he has to opt for digital restorations.

The film preservationists also worry that, as a generation grows up that has never seen celluloid, we will lose the credentials to restore old films.

"A previous generation knew film as light-projected; we had an aesthetic knowledge of what film looked like, what colours were appropriate," says Bodde. "New generations … today they are looking at Internet data."

Film archives tend to view all films as social documents and while high-profile classics may get priority for restoration because they can be released on DVD and screened at festivals, the goal is to save everything. In Brussels, for example, Mazzanti just received 2,000 film prints from the Belgian army that he will add to the 1.2 million canisters of film that are already stored in his institution. "It's very unglamorous," he says. "There is a huge amount of material that needs to be preserved so that some day it can be seen."

And even the famous stuff may have increasing problems finding its audience. Part of the challenge for the back catalogue of old movies is that, outside of the specialized cinémathèque circuit where restored films are much sought after, the general public may be less interested in classic films than they used to be. Queen Video's business used to be 80 per cent back catalogue and 20 per cent new releases; today those ratios are reversed.

"Public tastes have changed," Levman says. "Young people aren't interested in watching a Godard, a Kurosawa, a Sam Peckinpah from the 1970s." He used to rent out Akira Kurosawa's Seven Samurai several times a week; now, it goes out a few times a year.

Rents on Bloor Street storefronts are high; inevitably the day will come when Levman's Annex location also has to shut. He figures that the DVD and Blu-ray discs are the last formats we will hold in our hands; no one will bother setting up physical distribution for the fancy new 4K formats coming down the pipe. The economics won't justify it.

Plus, the digital formats are continually changing. One looming issue for preservationists is that films that were born digital may become impenetrable to future generations.

"The formats change so radically. You have a problem with not being able to play back something that was made 10 years ago," said Bodde. "A film you can always pull it out and hold it up to the light to see what is there; I don't know what we'll have in 10 years, but I wager you won't be able to do that."

Indeed, if we have a film preservation problem now, we may have a worse one in the future.

Editor's note: An earlier digital version of this story incorrectly stated that TIFF is showing a restored print of The Manchurian Candidate; however, it is actually a digital restoration. This version has been updated. 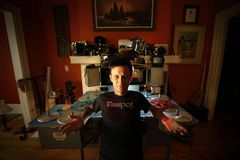 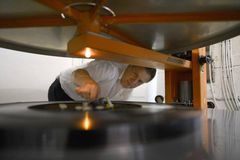 Saving Canadian celluloid
March 21, 2005
Follow Kate Taylor on Twitter @thatkatetaylor
Report an error Editorial code of conduct
Due to technical reasons, we have temporarily removed commenting from our articles. We hope to have this fixed soon. Thank you for your patience. If you are looking to give feedback on our new site, please send it along to feedback@globeandmail.com. If you want to write a letter to the editor, please forward to letters@globeandmail.com.
Comments