Nothing dampens a movie's legacy quite like controversy, and few movies crested a wave of controversy as tidal as Last Tango in Paris, which had its theatrical opening in New York 40 years ago this month.

After months of transatlantic static about the movie's allegedly explicit sexual content, featuring the 48-year-old Marlon Brando (freshly rejuvenated by The Godfather) and a 20-year-old unknown named Maria Schneider, Last Tango had its pantingly anticipated premiere on the closing night of the New York Film Festival in October, 1972.

The New Yorker's faultlessly heat-seeking movie critic Pauline Kael was there, and after she saw the film she talked her boss and editor, William Shawn, into running a review months before the movie's actual opening. According to Brian Kellow's recent biography of Kael, the properly cautious Shawn was initially reluctant, but Kael persuaded him this was more than just a movie. It was history.

Shawn gave in and Kael went to work on what would become one of the most famous movie reviews ever published. Here's how it started:

"Bernardo Bertolucci's Last Tango in Paris was presented for the first time on the closing night of the New York Film Festival, October 14, 1972: That date should become a landmark in movie history comparable to May 29, 1913 – the night Le Sacre du Printemps was first performed – in music history."

The review, which ran for 3,500 words over several pages, had the desired effect. Everyone was talking about Last Tango in Paris: There was a photo spread of Brando and Schneider at carnal play – her naked, him not so much – in Playboy magazine, both Time and Newsweek ran cover stories on the film and, in an unprecedented marketing ploy, United Artists ran Kael's entire review in a two-page ad in The New York Times. By the time January rolled around, with the movie finally scheduled to meet the public (it would open a month later in the rest of the United States and Canada), you were more likely to find someone who admitted to supporting Richard Nixon than who hadn't heard of Last Tango.

I had to use fake ID to see it when it opened in St. Catharines, Ont., but nothing was going to stop me. I was a 15-year-old die-hard Brando fanatic and movie nerd, and if it was good enough for Playboy, it was bad enough for me.

Last Tango knocked me sideways on that first viewing, though I probably couldn't tell you why – as much, I suspect, to do with the nudity (hers), dirty talk (his), butter scene (both) and a searingly raw Brando performance as anything else. But that was enough: I've probably seen the movie a dozen times since, and each time with a stronger conviction of just how chained to its historical moment it is.

Last Tango doesn't date well at all, but that's why it remains so compelling. As a glimpse of what transgression looked like in January, 1973 – not only to Pauline Kael but to so many people around the world – the movie is as valuable a time capsule as a garage-sale stack of Playboys.

Unlike Bertolucci's previous films, which had been tightly scripted and executed, Last Tango was a largely spontaneous affair, and only made more so when Bertolucci cast the legendary method icon Brando as the embittered, angry and self-loathing middle-aged widower Paul. Seeing just how averse the infamously prickly actor was to rehearsal and memorization, Bertolucci encouraged Brando to simply dig as deeply in his own history as he could go.

And dig Brando did, further inside than he'd ever gone, and surfacing with more personal stuff – concerning his past, his family and intense insecurity – than anyone was prepared to see. Certainly not Bertolucci, who realized he was getting the performance from Brando that everyone had been waiting decades for, and certainly not Brando, who vowed after making the movie that he'd never put himself through that again. And he didn't: From there on he worked just for the money, gradually burying both the method and his beauty beneath 300-plus pounds of flesh.

And the sex? Good question. Possibly the least interesting thing about Last Tango today is what made it so shocking once upon a time, which says a lot about how quickly sexual controversy expires compared to any other form of outrage. Today's eye will spot the simulated nature of the various acts way more quickly than back then, when persistent rumours flew that they were really doing it.

As if. But in a way, the diminished sexual outrage allows a much clearer view of Last Tango, which more than ever looks like a master class in unbridled method indulgence. It's Brando's movie and he knows it – so does Bertolucci – and if there's one thing the film did more than any other, and for better or worse, it was provide us with a glimpse of what the century's greatest movie actor would do if he could do exactly what he wanted.

The other thing that now seems clearer than ever is how sadly ill-served Maria Schneider – who died in 2011 at 58, after years of wishing she'd never made Last Tango – was by the movie and the frenzy it generated. For years, all one could absorb from the film was Brando, the sex, the dirty wordplay, the butter scene and Schneider's abundant natural assets. What time has done is magnified the power and bravery of her performance, to the point where you can watch the movie now and it almost becomes about her: a young woman trying to navigate her way through the various roles imposed on her by men, and in the end refusing them all.

Today, that's probably the most "liberating" thing about this otherwise time-locked curio, although I'm pretty sure that's not what Pauline Kael was talking about. No one would have lined up around the block for that. 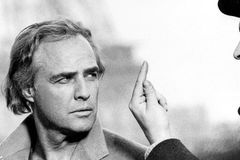 Heaven’s Gate: The mother of all Hollywood bombs gets the Criterion treatment
December 6, 2012 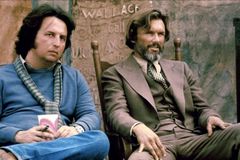 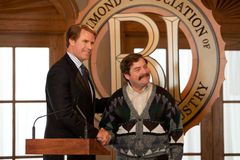