Leslie Caron is as old Hollywood as you can get. She danced with Gene Kelly, Fred Astaire, Mikhail Baryshnikov and Rudolf Nureyev. She made films with Cary Grant, Henry Fonda, Jerry Lewis and Orson Welles. She starred in classic MGM musicals including Gigi and Daddy Long Legs, and was nominated for two Academy Awards. She had an affair with Warren Beatty. She wrote an autobiography, Thank Heaven, which came out in 2009. She even appeared in a 2006 episode of Law and Order: Special Victims Unit, and won an Emmy for it.

The title of a new documentary about her – Leslie Caron: The Reluctant Star – suggests that all this happened to her of someone else's volition. (Directed by Larry Weinstein, it screens one night only on June 28 at the TIFF Lightbox in Toronto.) But watching her on screen, and speaking to her by phone from her home in London, one quickly realizes that once Caron figured out stardom, her only reluctance was having it fade.

In the doc, she's all elegance – chic suits, discreet jewels (check out her diamond bee brooch), perfectly coiffed white forelock. She turns 85 on July 1, but her memory is as sharp as her posture is straight. On the phone, her voice is rich and commanding. She still speaks English with the mid-Atlantic accent drilled into her by MGM's voice coach, Gertrude Fogler, who also worked with Ava Gardner and Marlon Brando.

She still knows how to work the press, too. "Gene Kelly danced low to the ground, bent knees, more athletic," Caron volunteers, "while Fred Astaire was off the ground, light as a feather. I've never answered the question of which I preferred." She pauses for one perfect beat, then answers it: "Fred's style was closer to what I knew and loved."

In 1949, Kelly was in Paris searching for a starlet for An American in Paris. He spied Caron, an 18-year-old ballerina in her second season with Théâtre des champs-Élysées, and asked her to screen test. "Just to be polite, I agreed," she says. Two weeks later, she got a call: She had the part. She was flying to Hollywood in three days. And she was signing a seven-year contract. She'd never been on camera; she didn't speak English. "It felt pretty frightening," she says.

But growing up in occupied Paris during the Second World War had toughened her. So had her mother, a chilly woman who accompanied her to Hollywood, but fled after three months, "utterly bored," Caron remembers. (Her mother later suffered from depression, and eventually took her own life.) Caron quickly progressed from parroting Kelly's line readings to taking daily English lessons. She studied the Stanislavski method with a Russian acting coach. Between films, she taught ballet lessons to 20 pupils.

She was also headstrong. To MGM's chagrin, she chopped off her hair to play Cinderella in The Glass Slipper (she confesses that she was channelling Brando in On the Waterfront). She insisted on deglamorizing herself to play the waifish lead in Lili even though her studio found the film "dreary," she says. And when MGM wanted to reglamorize her, she suggested Gigi (1958), which she had done on stage in London in 1955.

Despite her successes, Caron missed Paris and its culture. "Hollywood was very quiet," she says. "There were no museums, no theatres, no concert halls. There was one cinema that showed foreign films, in Los Feliz. You had to drive one hour to get there." She chuckles. "Have you seen the [La Brea] Tar Pits? That was culture in Hollywood. After you'd seen that, there was nothing else to do."

Caron also felt limited by the Hays Code, which enforced rigid guidelines for appropriate behaviour in films. "It was absurd," she scoffs. "Especially compared to the theatre, where you could see everything, every subject was good. I think it held cinema back for 20 years." She had to reshoot a number in An American in Paris where she danced with a chair "because they said it was too sensual," she says, laughing.

So when she met the theatre director Sir Peter Hall in 1955, Caron leapt. (Her first marriage, in 1951, to George Hormel III, grandson to the meat magnate, had ended in divorce in 1954.) "We'd go to the theatre every night," Caron says. "That was what I wanted as a life."

She broke her MGM contract and moved to London. "In those days, your agents were there to make you behave as the studio wanted," she says. "They told me marrying Peter would be the end of my career. Why was I going off with a nobody who didn't earn any money, blah blah. They tried to frighten me, but I was quite stubborn." She and Hall married in 1956, and had two children: Christopher, now a TV producer; and Jennifer, a writer and painter.

The irony was, Hall didn't want Caron to work. "This is why we parted," in 1965, she says. (Well, that and her splashy, two-year affair with Warren Beatty.) In 1969, she married producer Michael Laughlin; they divorced in 1980.

Caron moved back to France, and continued to appear in films (Damage, Chocolat), television shows and on stage. But she never again worked as much as she wanted. "The French thought I was too American," Caron says. "I was very frustrated. I don't know why I stayed in France so long. It was a real mistake. I should have rushed back to America. I kept thinking, 'One day someone will discover I can act, and I'll get a real, meaty dramatic part.' I longed to do dramatic parts all those years."

Instead, she rebuilt and ran an inn in Burgundy, Auberge La Lucarne aux Chouettes (the Owl's Nest), from 1993 to 2009. "We did very fine cooking, but it had nothing to do with acting," she says. "Eventually I thought, 'What am I doing here?'"

She moved back to London, and landed the role of Countess Madrovaki in the ITV series The Durells (her son is one of the producers). "Not that he hired me, he didn't," Caron makes sure to mention. "The casting director suggested me." A second season is in the works, "but I haven't had a formal invitation yet."

The best thing about Hollywood, Caron says now, is how it put her to work. "Once they saw the public liked you, they would find projects for you," she says, any reluctance long gone. "I really appreciated being loved by the public. I think that's something that does you good. Not everyone knows this feeling of being loved. It's quite wonderful."

Film Review
The Reluctant Star is a lovely and delicious valentine to Leslie Caron
June 24, 2016 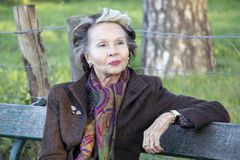 A lifetime in film, Robert Lantos has more stories to tell
June 10, 2016 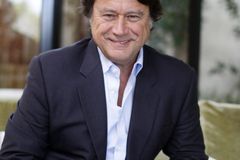