A strange fairy-tale is unfolding in an Old Montreal multimedia space, all of it being streamed live into an air-conditioned lobby. About 30 people have gathered in the PHI Centre to watch a scene from Guy Maddin's latest film project being shot.

Today's shoot stars Roy Dupuis, one of Quebec's most famous actors, as a lumberjack who is protecting the life of a damsel in distress. The set is a forest that designers have intentionally made up to look artificial. Maddin is handling the camera himself, and, as usual, is tending to every aspect of the production.

That attention to detail is all the more impressive given the scale of Seances, his latest opus, an homage to lost silent films from the 1920s and 1930s. This sprawling project of more than 100 short films will be filmed in several cities on two continents over two years. Maddin has already filmed in Paris at the Centre Pompidou, and will shoot scenes in New York at the Museum of Modern Art, where, as in Montreal, spectators can watch live.

Famous for a distinctive brand of nostalgic filmmaking (as in My Winnipeg and The Saddest Music in the World) that has helped to make him a critical darling, Maddin is once again delving into cinema history for inspiration. But this time, his source material is decidedly existential: Maddin is evoking the memories of silent films that no longer exist. As he points out, about 80 per cent of films made during the silent era are now gone, lost due to poor preservation techniques and indifference.

On a break from the Old Montreal shoot, Maddin explains what seems to be his constant urge to explore the present by delving into the past. "The odd thing about cinema is, everyone expects it to be very modern and contemporary, and realistic," he says. "Things become anachronisms almost immediately. I always feel the opposite, that I don't expect it to be realistic. I mean, do you really want to watch a surveillance camera in 3-D in Odorama? Cinema is not reality."

Maddin says that this constant fixation on the new and modern has meant that many silent films have been left behind, and not just those made by unknowns – silent works made by Alfred Hitchcock, F.W. Murnau, Fritz Lang, John Ford and Kenneth Anger are now unaccounted for and, presumably, lost forever. "My feeling," Maddin says, "was 'What if we could tap into the spirit of these films?'"

As odd as Seances sounds in description, it's also pure Maddin. The filmmaker has long been fixated on the ghosts of the big screen, and his body of work is consistent in its playful irrationality, cheekiness and defiance of any audience expectations. Beyond the movie-nerd milieu of Film Comment magazine, where his films usually grace every top-10 list, Maddin earned praise even from that barometer of mainstream American taste, the late Roger Ebert. In a 2007 review, Ebert wrote that the filmmaker's work was an acquired taste, but added that "Maddin seems to penetrate to the hidden layers beneath the surface of the movies, revealing a surrealistic underworld of fears, fantasies, and obsessions." He certainly passes the auteur litmus test – looking at a Maddin film, you can't imagine anyone else having made it.

If he wanted to focus on cinema that's been sidelined or marginalized, Maddin came to the right place. The American Film Institute's all-time top-100 list includes only a couple of silent films, and critics accuse the AFI of cultural amnesia (particularly conspicuous is the absence of Harold Lloyd and Buster Keaton). And while The Artist took the Best Picture Oscar in 2012, Maddin calls that "a temporary blip. There's no way that film's success would lead to a return to silent films."

Maddin concedes he doesn't always enjoy watching silent films himself. "The first silent film I probably saw was a Keystone Cops short. When I first picked up a camera, I don't think I intended to make silent films, but did so simply because my own budget limitations dictated my form. I tried to turn that into my advantage."

Certainly, the gap between The Artist and Maddin's more abstract and cryptic tributes to silent film history points to one of his key attributes. Unlike Canada's other celebrated experimental feature filmmaker, Atom Egoyan, Maddin has never really made the remotest effort to appeal to a broad audience. In person, he's a genial and generous interview. But make no mistake: Maddin really doesn't care if his films please the audiences in air-conditioned multiplexes.

Maddin's work is about the process itself. Every morning on the set, he sits with his actors to prepare them for the day's shoot. "I try to summon a different film and filmmaker each day," he explains. "We convene around a table. Actors are easily tipped into trances, so that's what I try to do. I suggest we think of this plot of an old lost movie and start trying to channel it."

Kyle Gatehouse, a Montreal actor who appeared with Dupuis in the lumberjack fable, says the shoot was like a trip in a time machine. "Guy was using things like rear projection and old-school film techniques," Gatehouse says. "He was very open to our ideas, and even some improvisation – he wasn't worried about going off-book, which made the shoot very exciting. One of the things I really noticed was his love of filmmaking, which was very palpable. It was almost like working with an extremely talented kid who was making a film for the first time. He was so excited by it all, like it was a brand new thing for him."

While these short films are carefully scripted, Maddin says he relies heavily on his actors for their input. "For me, there is so little control over the process of making movies that almost everything is somewhat improvised." The most powerful and strangest moment thus far, he says, came when "Charlotte Rampling was in the grip of a trance so fierce she slapped Udo Kier really hard." After witnessing it, Maddin says, "I cried."

When Maddin has completed filming Seances, he will have 100 or so short films which he will screen at festivals in 2014, and will then be posted online. "The overriding idea is about a sense of loss," he says. "For everything gained emotionally in our lives, there must be a sense of loss of the same heft. Those losses are worth exploring, they're the stuff of art greater than I could ever make. What better way to make a filmic exploration of loss than with lost films?"

1988: Despite being rejected by TIFF, Maddin's first feature, Tales from the Gimli Hospital, takes off, becoming a cult success, ultimately screening as a midnight movie in a Greenwich Village, New York, cinema for a year. The otherworldly film, based on Icelandic folklore, drew comparisons to David Lynch.

1992: Maddin's first colour film, Careful, gains more critical kudos, especially for its wonky plot: In the town of Tolzbad, the people are all forced to repress their emotions due to the constant threat of a devastating avalanche.

2000: Maddin denies rumours that he is slated to direct the latest Porky's sequel. He then acknowledges to a reporter at TIFF that he made up the rumour himself.

2003: With The Saddest Music in the World, Maddin continued his collaboration with Isabella Rossellini, who, in this, plays a beer baroness who organizes a contest to reward whoever composes the saddest song.

2007: Maddin gets what is perhaps his highest critical praise with My Winnipeg, his part-documentary, part-memoir, part-fantasy trip through his reflections on growing up in the Manitoba city. Roger Ebert puts it on his top-10-films-of-the-decade list. 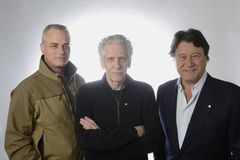 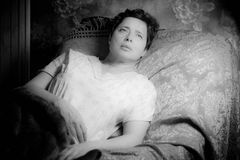 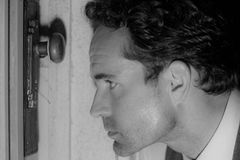